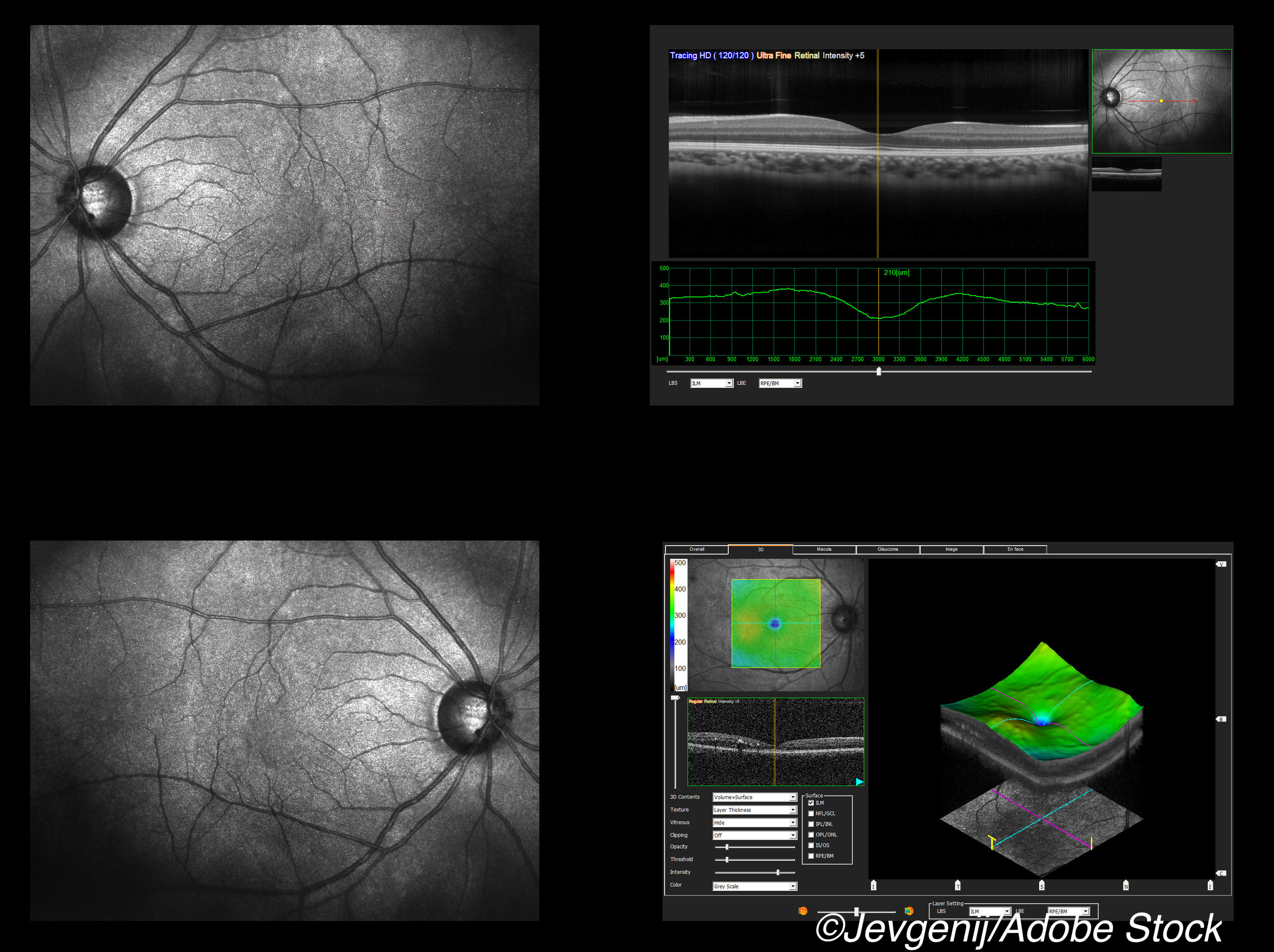 Optical coherence tomography (OCT) was able to detect asymptomatic optic nerve lesions in clinically isolated syndrome (CIS) and may be an alternative biomarker to MRI, a cross-sectional study showed.

Researchers used OCT to measure intereye retinal thickness differences (IETD) for both the ganglion cell-inner plexiform layer (GC-IPL) and the peripapillary retinal nerve fiber layer in patients with CIS. Some patients had clinical optic neuritis, and some did not, and there was a mix of symptomatic and asymptomatic lesions in both groups.

Asymptomatic lesions are common in multiple sclerosis (MS), Outteryck and co-authors noted. “They have been observed frequently within the brain and brainstem of patients with CIS and have been implemented in various MRI criteria assessing the risk of developing clinically definite MS (CDMS),” they wrote. “Asymptomatic spinal cord lesions have also been reported frequently in MS, CIS, and radiologically isolated syndrome, and associated with a higher risk of developing CDMS. More recently, it has been suggested that optic nerve is no exception to the rule.”

Symptomatic and asymptomatic optic nerve lesions are very frequent at the CIS stage, but the optic nerve is not part of typical location for dissemination in space criteria for MS, they added.

“It is time to re-evaluate the inclusion of optic nerve as a fifth lesion site for dissemination in space for the diagnosis of MS,” said Pablo Villoslada, MD, of Stanford University in Palo Alto, California, and coauthors, in an accompanying editorial.

“OCT is accessible at most of the MS centers or in collaboration with ophthalmologists. It is well tolerated by patients, is relatively inexpensive, and typically takes <5 minutes to perform,” they said. “This valuable tool is now being integrated into the evaluation of patients with demyelinating diseases such as MS and neuromyelitis optica to speed the diagnosis and to support the decision-making process.”

The most sensitive technique for detecting optic nerve lesions — MRI using 3D double inversion-recovery (3D-DIR) sequences of the orbit — was used as the “gold standard” in the present study, but is time-consuming. In other research, OCT has been shown to capture relevant tissue damage that can predict clinical outcome after optic neuritis or in chronic MS.

To further explore OCT as a biomarker, the authors prospectively recruited adults with recently diagnosed CIS (≤4.5 months) at the Lille MS Center between June 2013 and December 2018, excluding patients with other retinal pathology. The analysis included 130 patients with mean age of 31. About 29% were men, and nearly 80% had oligoclonal bands in cerebrospinal fluid. No patients were treated at the time of same-day MRI and OCT evaluation.

“It is important to note that other causes of optic neuritis were excluded (including idiopathic optic neuritis and anti-aquaporin or anti–myelin oligodendrocyte glycoprotein antibodies),” Villoslada and colleagues noted. “Therefore, the patients included in this study had an optic neuritis (symptomatic and subclinical) that was typical of MS.”

Limitations of the study include use of one type of OCT device, which may restrict generalizability. The population in this study was restricted to patients with CIS. Prospective studies using OCT and optic nerve MRI may help confirm the findings and evaluate the value of including optic nerve in the next version of MS diagnostic criteria, the authors noted.

This work was supported by Bayer and Novartis.

Outteryck reported no disclosures relevant to the manuscript.

Different doses of galcanezumab versus placebo in patients with migraine and cluster headache: a meta-analysis of randomized controlled trials.