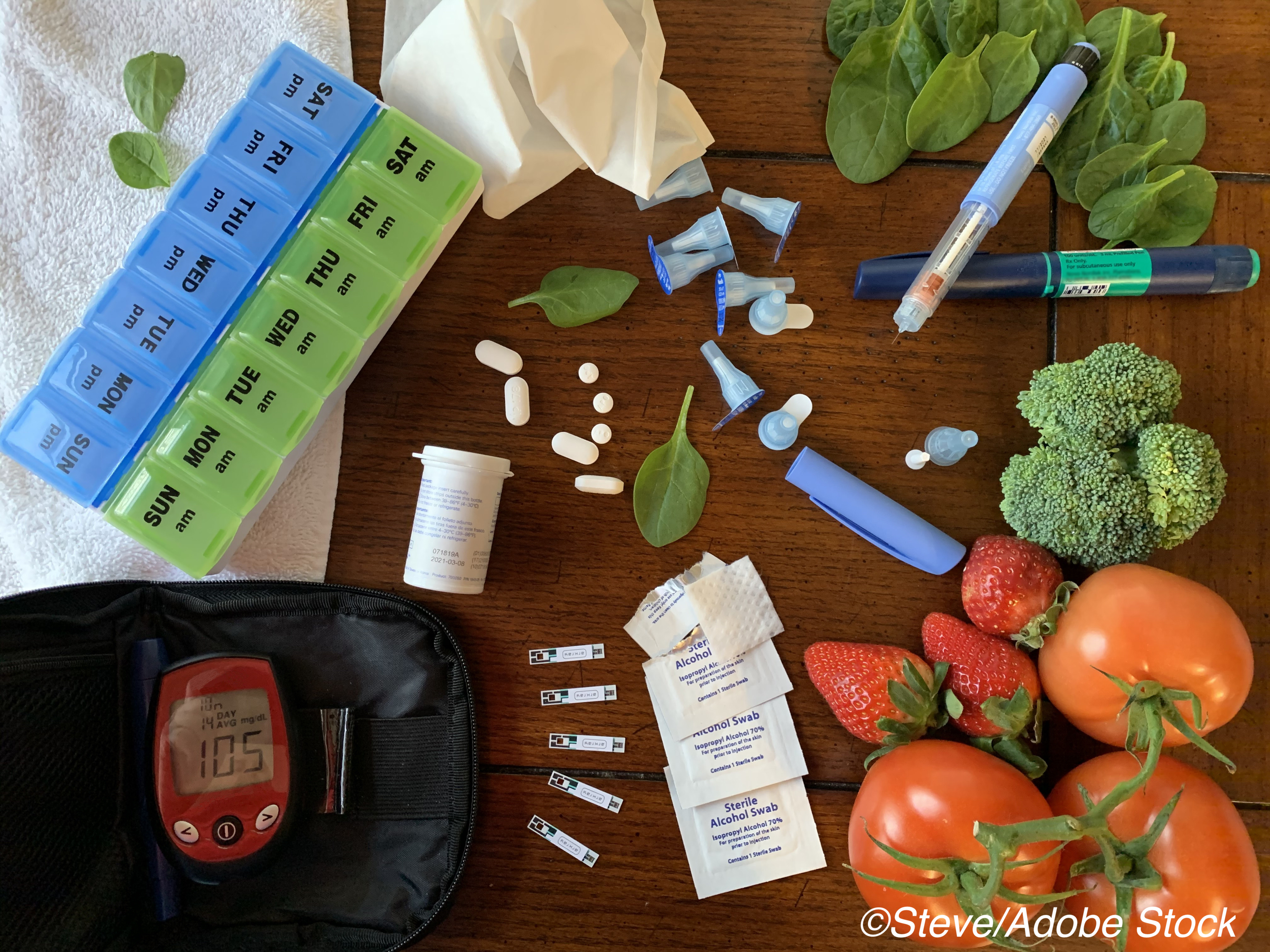 In the DIADEM-I study, intensive lifestyle interventions in younger patients with early type 2 diabetes not only effected significant weight loss at 12 months but led to diabetes remission on more than 60% and normoglycemia in over 30% of participants as well. Results from this study — conducted in the Middle East and North Africa — were published in The Lancet Diabetes & Endocrinology.

“Current recommendations for diabetes management focus strongly on the use of medications to control blood glucose, blood lipids, and blood pressure. However, this approach results in a substantial patient burden and health-care costs. Insufficient focus has been placed on addressing the underlying reversible causes of diabetes,” wrote Shahrad Taheri, MBBS, of Weill Cornell Medicine Qatar, Qatar Foundation, Doha, Qatar, and colleagues.

“We did the Diabetes Intervention Accentuating Diet and Enhancing Metabolism (DIADEM-I) trial, which is the first randomized controlled trial in young patients with early diabetes (duration of 3 years or less) in primary care and who are from the Middle East and north Africa region, to examine the effect of a 12-month intensive lifestyle intervention, incorporating a total diet replacement phase (with formula low-energy diet meal replacement products), on weight loss and glycemic control,” they added.

The DIADEM-I study is an open-label, parallel-group, randomized controlled trial conducted by Taheri and fellow researchers in primary care and community settings in Qatar. It builds on results from the DiRECT trial, in which UK researchers found that weight loss achieved via 3 months of a very-low calorie, total meal-replacement diet brought about remission of type 2 diabetes. The DiRECT study, however, was done primarily in white participants.

Therefore, Taheri et al set out to study the effects of intensive lifestyle interventions in participants from the Middle East and North Africa. They compared the effects of intensive lifestyle interventions with usual medical care on weight loss and glycemic outcomes in 147 participants (mean age: 42.1 years; mean BMI: 34.9 kg/m2

Participants were randomized to either intensive lifestyle intervention—comprised of a total diet replacement phase followed by gradual reintroduction of food combined with physical activity support, and a weight-loss maintenance phase, which included structured lifestyle support—or usual medical care based on clinical guidelines.

Greatest weight losses in the intervention group were seen during the total diet replacement phase between study initiation and 3 months. During months 3-6, weight loss continued but more slowly, after which it was maintained until 12 months.

Participants in the intervention group also reduced the length of time they spent sitting each day by 40.8 minutes, while those in the control group increased this time by 68.8 minutes (adjusted difference: −88.1 min; 95% CI: −162.2 to −14.0; P=0.020). However, there was no significant between-group difference in the time spent doing moderate and vigorous activity.

Finally, researchers found that patient-reported quality-of-life scores were increased in the intervention group and reduced in the control group (adjusted difference: 4.03; 95% CI: 1.12-9.19; P=0.124). Mental health outcomes, however, did not differ between the groups.

In the control group, five serious adverse events occurred in four participants, including four hospitalizations due to supraventricular tachycardia, abdominal pain, pneumonia, and epididymo-orchitis, and one for hyperglycemia.

Limitations of the study include the limited geographical area included, use of only one multidisciplinary team to deliver the intervention, and limiting outcomes assessment to 12 months. Follow-up of this cohort, however, is ongoing.

“Our findings show that type 2 diabetes is reversible in a significant proportion of patients, provided that the condition is managed early, and they challenge the commonly held view that type 2 diabetes is a lifelong condition that requires continuous pharmacotherapy to control the associated symptoms and prevent complications,” concluded Taheri and fellow researchers.

Ron Taylor, BSc, MB ChB, MD, FRCP, FRCPE, of Newcastle University, Newcastle upon Tyne, UK, commented on the importance of the racial differences in the study cohorts used in the DIADEM-I and the DiRECT studies in an accompanying editorial.

“The degree of fat deposition in the liver and pancreas is known to be typically lower in people of black African ethnicity, and whether type 2 diabetes in other ethnic groups shares the same pathogenesis and would respond to weight loss in the same way has been questioned. Additionally, attitudes to weight loss and food are affected by cultural factors, and willingness to achieve weight loss cannot be assumed,” he wrote.

Results from Taheri and colleagues are, therefore, of great importance, Taylor added.

“These data are striking for two major reasons. First, it is clear that remission of type 2 diabetes follows adequate weight loss in people from the Middle East and north Africa. The degree of weight loss in individuals who received the intensive lifestyle intervention in this study was similar to that observed in the UK DiRECT study,” he wrote. “Second, no cultural barriers to achieving weight loss through diet were encountered, and participants in the intervention group maintained weight loss of 10–15 kg for up to 1 year,” he concluded.

Taheri receives funding from the Biomedical Research Program by the Qatar Foundation to Weill Cornell Medicine Qatar and has participated as an advisory board member of Novo Nordisk; is on the board of directors of Droobi Health; and reports a previous educational grant from Cambridge Weight Plan UK for an investigator-initiated clinical research study.

The DIADEM-I study was funded by the Qatar National Research Fund.

Taylor has received fees for academic lectures from Eli Lilly and Janssen and is a consultant for Newcastle University for Wilmington Healthcare, and has authored a book “Life Without Diabetes.”