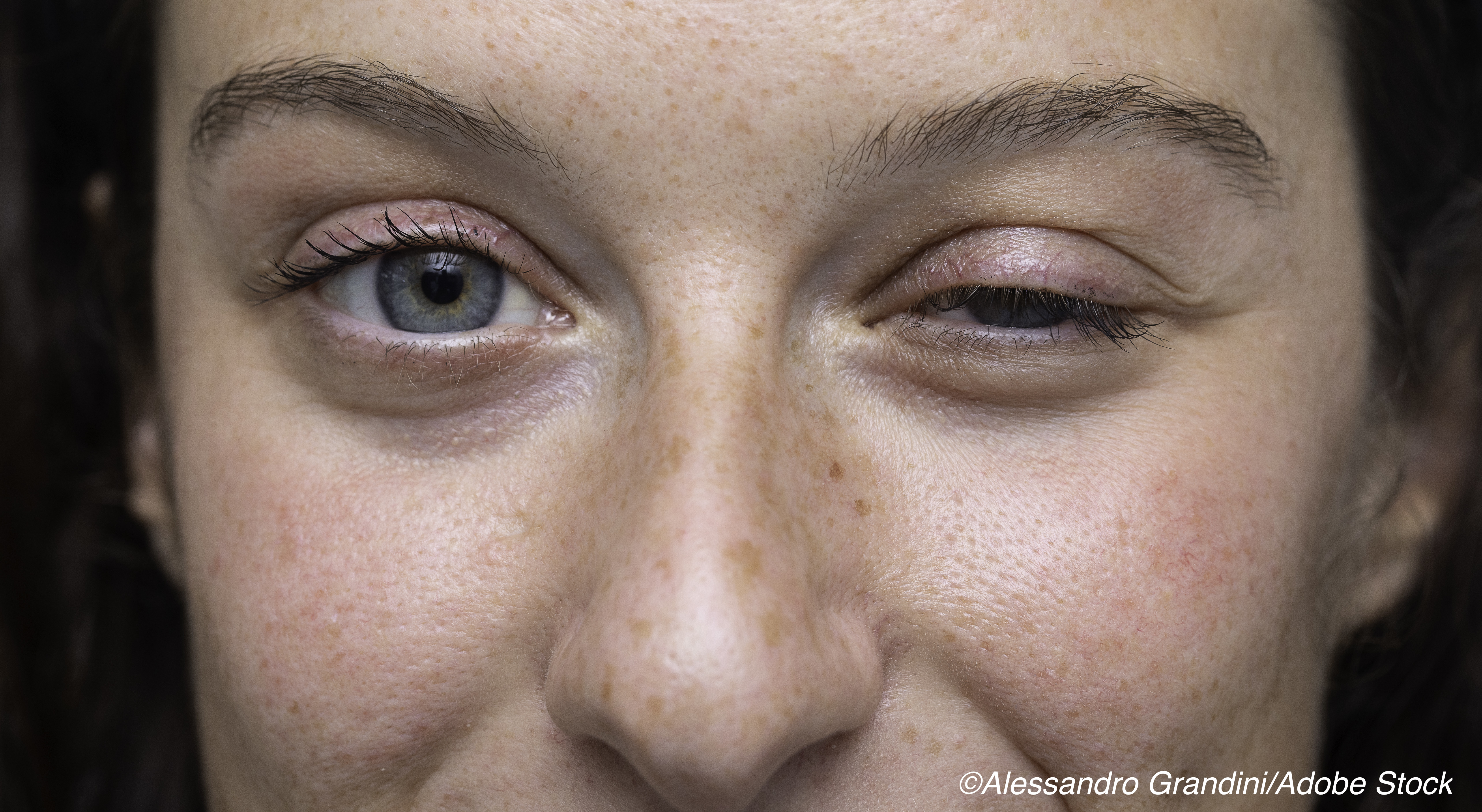 “This study provides Class I evidence that both the ice-pack test and single fiber EMG accurately identify patients with OM,” reported Maria Pia Giannoccaro, MD, PhD, of the University of Bologna, Italy and coauthors in Neurology. “The negativity of both tests strongly suggests another diagnosis.”

Comparison of areas-under-curves (AUCs) showed no differences in the diagnostic accuracy of IPT, SF-EMG, and their combinations:

“When symptoms are disabling enough to warrant empiric therapy, the IPT could play an important role by augmenting clinical suspicion before SF-EMG or if SF-EMG is unavailable,” noted Christopher T. Doughty, and Amanda C. Guidon, MD, both of Harvard University, in an accompanying editorial.

In generalized myasthenia, antibodies to muscle-specific kinase, lipoprotein receptor-related protein, or acetylcholine receptor can make the diagnosis for 90% or more of patients. In ocular myasthenia, serology is negative in up to half, and abnormal jitter on SF-EMG may be sought to make the diagnosis. SF-EMG is available at specialized centers, though, and may be poorly tolerated.

The ice pack test is based on the improvement of neuromuscular transmission with cooling. In a small series reported in 2003, the authors noted that “the purpose of the present article is to be a reminder of an alternate method to tensilon testing that is simple and safe but seems to have fallen into oblivion in the neurological literature,” and recalled its basis in work from the mid-1970s.

A 2010 prospective cohort study of 80 patients with diplopia and/or ptosis used an ice pack applied for 5 minutes. For diplopia, the test had sensitivity of about 77% and for ptosis, about 92%.

To compare the diagnostic accuracy of IPT and SF-EMG in patients with suspected OM presenting with ptosis, Giannoccaro and colleagues analyzed data from 155 consecutive patients referred for suspicion of OM between 1997 and 2013. Those with isolated diplopia were excluded. Participants had a mean age of about 50 and were 58% female. Final diagnosis was OM in 66%. “No differences were observed in age or gender distribution between groups,” the authors noted.

Evaluation included IPT and SF-EMG among other tests. For IPT, the distance between upper lid margin and the center of the pupil measured before and after application of ice to the upper eyelid for 2 minutes, with 2 mm improvement constituting a positive test.

The team diagnosed OM when one or more of these criteria were met: positive response to the edrophonium test; positive acetylcholine receptor antibodies; decrement over 10% with repetitive stimulation; or unequivocal response to oral steroid and/or acetylcholinesterase inhibitors for at least 3 months.

SF-EMG was positive in 94% of patients with OM and in 21% with another final diagnoses.

“Since the IPT and the SF-EMG could be especially useful in those patients with suspected OM who have negative repetitive nerve stimulation and acetylcholine receptor-antibodies, we evaluated the accuracy of these tests in these patients,” the authors wrote. The analysis included 63 participants with OM and 53 with other final diagnoses. IPT sensitivity was 79% (95% CI 69 to 89%) and SF-EMG sensitivity was 90% (95% CI 83 to 97%), with specificity 79% (95% CI 68 to 91%) for both tests. AUCs showed no significant differences between IPT and SF-EMG (AUCs 0.79 vs 0.84, P= 0.234).

Limitations of the study include a cohort that is not representative of the full spectrum OM, since patients with isolated diplopia were excluded. Also, site-specific technical details may limit generalizability; for example, this study used stimulated SF-EMG but some use voluntary activation.

“Giannoccaro et al have provided an important comparison of the performance of commonly used diagnostic tests in ocular myasthenia gravis (OMG),” the editorialists observed. “They demonstrate that a positive IPT can augment confidence in a diagnosis of OMG when combined with an abnormal SF-EMG, improving upon the modest specificity of either test alone. Likewise, normal findings on both tests allow for even greater confidence when excluding OMG.”

“The IPT should be considered to provide additional support of OMG diagnosis for patients in whom empiric therapy is being considered prior to or in place of SF-EMG when delays might be costly,” they added.

No targeted funding was reported for this study.

Doughty has received research training support from NeuroNEXT; consultant fees for participation on scientific advisory boards for Argenx and Dysimmune Diseases Foundation; and publishing royalties from Oakstone Publishing. Guidon has received research support from the Myasthenia Gravis Foundation of America and MGNET; Clinical trial funding and consultant fees or honoraria from Momenta, Ra Pharma, and Alexion; and publishing royalties from Oakstone.

Reliability and accuracy of EEG Rhinogenic Headache in Children and Adolescents

The Impact of Traumatic Brain Injury on Microbiome Composition: A Systematic Review.