Diet and CVD: Can a Healthy Diet Reduce Risks of CVD? 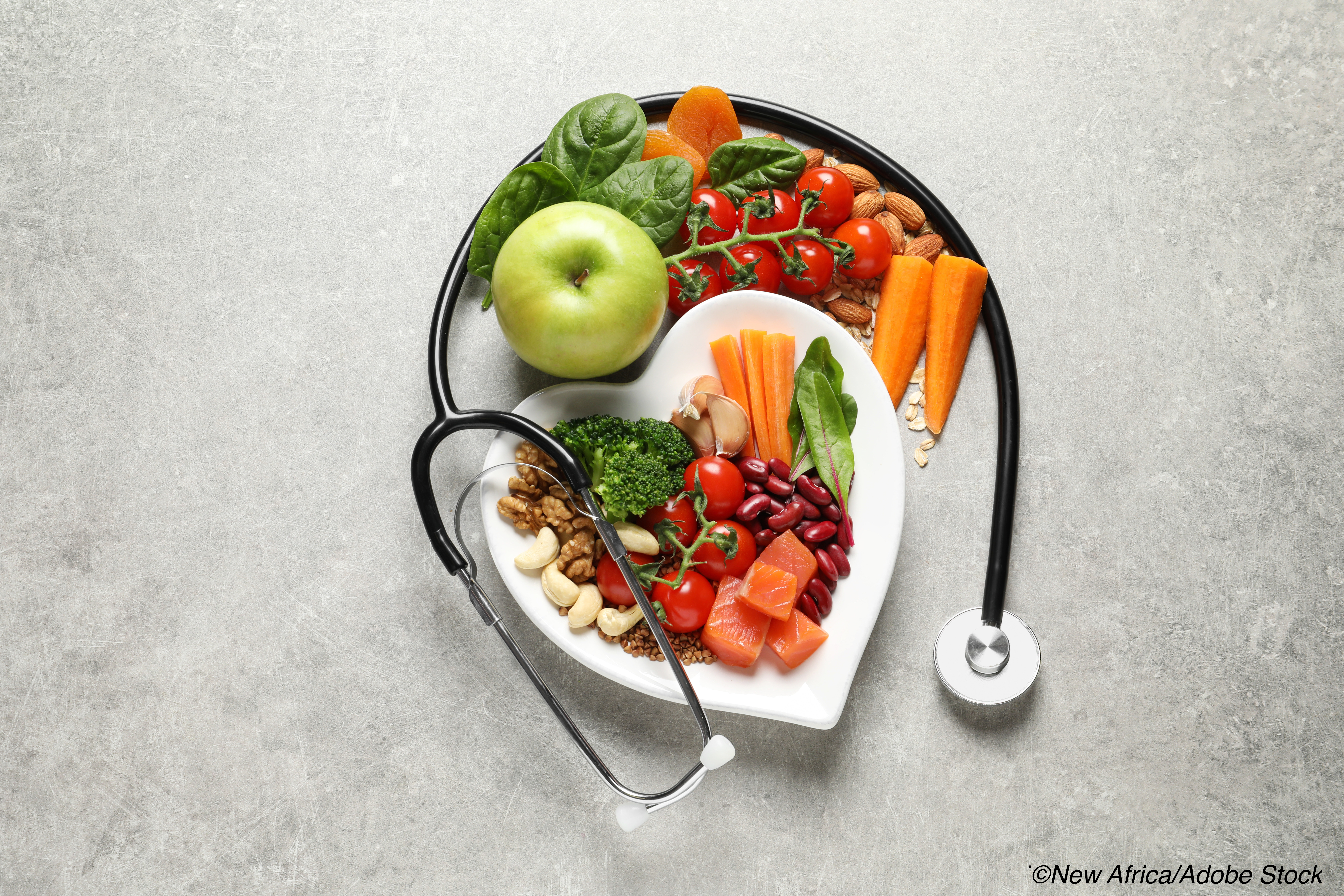 Two studies recently published in the Journal of the American College of Cardiology have shown precisely this — that diet may play an important role in reducing risks for CVD.

“As an important modifiable exposure, diet has been implicated in CVD etiology and has been shown to influence inflammation. Intakes of foods that are rich in antioxidants, fiber, and long-chain n-3 polyunsaturated fatty acids have been associated with lower levels of proinflammatory biomarkers,” wrote the authors of the first study, led by Jun Li, MD, PhD, of the Harvard T.H. Chan School of Public Health, Boston.

To assess the overall inflammatory potential of diets, Li and colleagues analyzed data from 210,145 participants from the Nurses’ Health Study (NHS), NHS II, and Health Professionals Follow-up Study. At baseline, none had cancer or CVD, and all were followed for up to 32 years. For all three of these large, long-term studies, participants completed food frequency questionnaires every 4 years and researchers assessed their diets.

In a pooled analysis of these data, Li and fellow researchers found that dietary patterns with a higher proinflammatory potential were associated with higher risks of CVD, including coronary artery disease, and stroke. Further, a higher dietary inflammatory potential was also significantly associated with biomarkers that represent increased systemic, vascular, and metabolic inflammation, as well as an unfavorable lipid profile.

In all, 15,837 cases of CVD occurred, including coronary heart disease (CHD; n=9,794) and stroke (n=6,174). After adjusting for CVD risk factors and the use of anti-inflammatory medications, a higher dietary inflammatory potential (higher EDIP score) was associated with an increased risk of the following:

These risks were consistent across cohorts and between men and women. After further adjustment for other indicators of dietary quality, these associations remained significant.

Upon a subset analysis of 33,719 participants, Li and colleagues also found that a higher EDIP was associated with a higher circulating profile of proinflammatory biomarkers, lower adiponectin levels, and unfavorable blood lipid profiles (P ˂ 0.001).

In a second study exploring the links between diet and CVD risks, researchers concluded that incorporating walnuts into the diet for 2 years improved inflammatory biomarkers.

Led by Montserrat Cofán, PhD, of the Institut d’Investigacions Biomèdiques August Pi Sunyer Hospital Clínic, Barcelona, Spain, they conducted the Walnuts And Healthy Aging (WAHA) study in 634 healthy, older participants (mean age: 69 years; range: 63 to 79 years; 66% women; 32% treated with statins)—recruited in Barcelona, Spain, and Loma Linda, California—who were randomized to either a diet that included walnuts (30 to 60 g/d) or a control diet that did not.

At baseline and 2 years, researchers measured inflammatory biomarkers and found that those who incorporated walnuts into their diets had significantly reduced concentrations of 6 of 10 biomarkers compared with those with walnut-free diets, including IL-6, IL-1β, CRP, TNF-ɑ, GM-CSF, and IFN-Ƴ.

Cofán and fellow researchers noted that the WAHA study is the “largest and longest nut trial to date” and concluded:

“The anti-inflammatory effect of long-term consumption of walnuts demonstrated in this study provides novel mechanistic insight for the benefit of walnut consumption on CVD risk beyond that of lipid lowering.”

In an editorial comment on these two studies, Ramon Estruch, MD, PhD, of the Instituto de Salud Carlos III, Madrid, Spain, and colleagues touched on the possible mechanisms behind the food/inflammation association.

“Logically, the anti-inflammatory potential of foods is attributable to their content in anti-inflammatory compounds (e.g., vitamins, carotenoids, polyphenols, fiber, and long-chain, omega-3 fatty acids). Most important among anti-inflammatory bioactives are polyphenols. They are classified in flavonoids and nonflavonoids. Many flavonoids, anthocyanins (present mainly in berries and wine), flavanols (catechins) present in cocoa and tea, and flavonols (quercetin) in onion, among others, have shown their anti-inflammatory properties,” he wrote.

“In conclusion, a better knowledge of the mechanisms of health protection by the different foods and dietary patterns, mainly their anti-inflammatory properties as gleaned from the 2 reports editorialized here, should provide the basis for designing healthier dietary patterns and upgrading their protective effects against CVD. These protective effects could also be used for other highly prevalent chronic diseases in which chronic inflammation plays a relevant role, such as diabetes, cancer, depression, cognitive decline, and Alzheimer’s disease. When choosing the foods in our diet, we should beware of their pro- and anti-inflammatory potential!”

Limitations of the study from Li et al include its observational nature, reliance on self-reports dietary and other participant characteristics, residual confounding, and the inclusion of a primarily Caucasian population.

The Nurses’ Health Studies and Health Professional Follow-up Studies were supported by the National Institutes of Health.

Li has received grants from the National Institute of Diabetes and Digestive and Kidney Disease and Boston Nutrition Obesity Research Center.

The risk and trend of pulmonary embolism and deep vein thrombosis in rheumatoid arthritis: a general population-based study.

Clinical Features and Outcome of Infective Endocarditis in a University Hospital in Romania.