(Reuters Health) – Adolescents who worry about discrimination in society may be more likely to drink, smoke or experiment with drugs than teens who don’t have these concerns, a U.S. study suggests.

“We didn’t previously know whether perceptions that discrimination is increasing in the larger society is a significant source of stress that is associated with risk of behavioral health problems,” said lead author Adam Leventhal, director of the Health, Emotion, & Addiction Laboratory at the University of Southern California in Los Angeles.

“This is a timely question given that the sociopolitical climate has recently intensified in the U.S. due to social policies perceived by many to be discriminatory, including proposals to construct a US-Mexico border wall to deter undocumented immigration, attempts to repeal the Affordable Care Act that provides health insurance to millions of low-income Americans, and travel bans to prohibit entry into the US from several countries with religious minority populations,” Leventhal said by email.

For the study, published in JAMA Pediatrics, researchers surveyed 2,572 high school students once in eleventh grade and again a year later to see how often they experienced stress, worry or concern regarding “increasing hostility and discrimination of people because of their race, ethnicity, sexual orientation/identity, immigrant status, religion, or disability status in society.”

Researchers scored students’ reported level of stress, worry, and concern on a scale from 0 for “none at all” to 4 for “extremely.”

Overall, students’ average composite scores for all three feelings about discrimination increased from 1.56 in 2016, when they were in eleventh grade, to 1.71 the following year.

In addition, each one-unit increase above average scores in 2016 was associated with 11 percent higher odds that students would report symptoms of depression in 2017 and 12 percent greater likelihood that they would experience symptoms of attention deficit hyperactivity disorder (ADHD).

These associations weren’t necessarily related to whether teens directly experienced discrimination. The study asked about their feelings related to their perception of how much discrimination exists in society.

But the effects did appear more pronounced for students of color at the 10 Los Angeles high schools where the surveys were conducted.

For example, each one-unit increase in composite scores for concern about discrimination was associated with almost tripled odds that African-American students would smoke, and 30 percent greater likelihood that Hispanic teens would smoke. White students were 23 percent more likely to smoke, but this difference wasn’t statistically meaningful and might have been due to chance.

The proportion of students reporting feeling “very or extremely concerned” about discrimination also increased from 42 percent in the first survey in 2016 to 45 percent the following year.

The study wasn’t a controlled experiment designed to prove whether or how perceptions of discrimination might directly impact teens’ behavioral health. It’s also possible that teens’ experiences in Los Angeles might not reflect what would happen elsewhere in the U.S.

But the results still suggest that parents need to talk about discrimination with their kids, said Dr. Nia Heard-Garris of the Ann & Robert H. Lurie Children’s Hospital of Chicago.

“Even if parents think discrimination is not applicable to their teens or families, having a conversation about discrimination, even about the experiences of others, might be a way to start the conversation and then discuss ways to address discrimination personally or societally,” Heard-Garris, author of an accompanying editorial, said by email.

“Also, there may be a role for the pediatrician to help these families start these conversations, as some of the recent exposure to discrimination on national scale has been unavoidable for many teens,” Heard-Garris added. 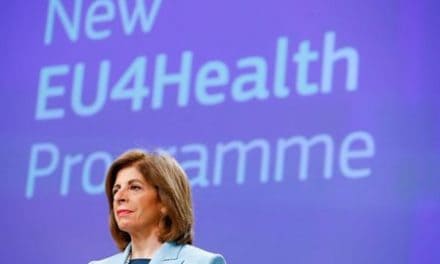