Disrupting the Itch-Scratch Cycle of Eczema 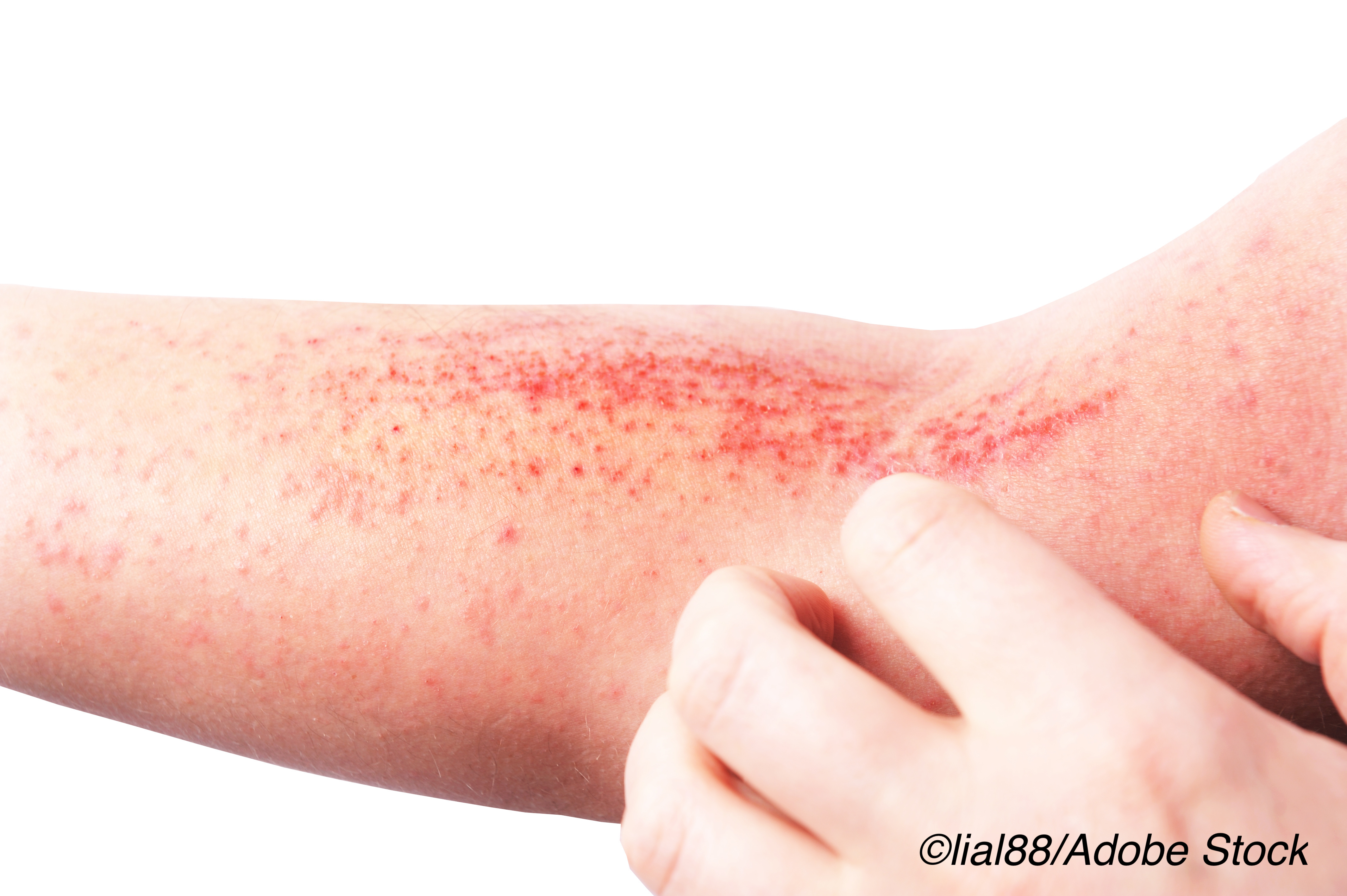 They also found, however, that the subcutaneous administration of the drug resulted in a greater incidence of injection site reactions than the use of placebo.

The results of their study were published in The New England Journal of Medicine.

A defining characteristic of atopic dermatitis is pruritus, which can have a profound effect on quality of life. The scratching associated with pruritus can cause skin damage, exacerbate inflammatory reactions, reduce sleep quality, and cause worse pruritus — a pattern colloquially known as the “itch-scratch” cycle.

Nemolizumab is a humanized monoclonal antibody against interleukin-31 receptor A — a key factor in pruritus and inflammation in atopic dermatitis — and the drug has been shown to reduce pruritus in phase II clinical trials.

The 16-week, double-blind trial included 143 patients who were randomly assigned to receive nemolizumab and 72 who received placebo. These patients were 13 years or older, had shown inadequate responses to medium-potency topical glucocorticoids or to topical calcineurin inhibitors (a score of ≥3 on a 5-level itch scale), and had visual-analogue scale (VAS) scores of ≥50 for pruritus (range, 0 to 100, with higher scores indicating worse pruritus) and Eczema Area and Severity Index (EASI) scores of >10 (range, 0 to 72, with higher scores indicating greater severity) on the day of randomization.

The median baseline scores for the study population were 75.4 for the pruritus VAS score, 3.0 for the score on the five-level itch scale, and 23.2 for the EASI score.

Kabashima and colleagues found that, after 16 weeks:

As for safety, 71% of patients in each group reported adverse events, mostly mild or moderate in severity. Severe adverse events were reported by three patients (2%) in the nemolizumab group and included Meniere’s disease (n=1), acute pancreatitis (n=1), and atopic dermatitis (n=1). In addition, the incidence of injection-related reactions was 8% in the nemolizumab group compared to just 3% in the placebo group.

“The most commonly reported adverse event of special interest was worsening atopic dermatitis, occurring in 24% of the patients in the nemolizumab group and 21% of those in the placebo group,” the authors reported, although they also pointed out that those patients had reductions in pruritus as measured by the VAS score.

Kabashima and colleagues also suggested that longer and larger trials are necessary to determine the drug’s safety and the durability of its effect in treating atopic dermatitis.

Significance Of Proteins In The Metastasis Of Cutaneous Squamous Cell Carcinoma