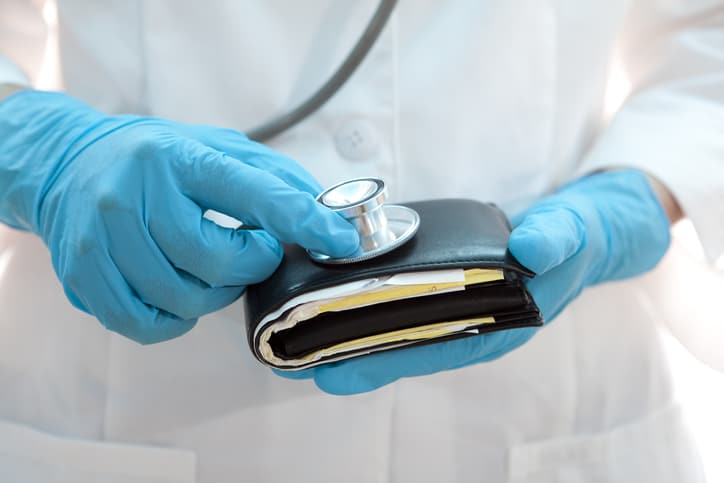 A pregnant 28-year-old Bakersfield, California woman, admitted to a hospital on January 9 with contractions, died after receiving an unspecified amount of fentanyl for pain. The baby was delivered by an emergency cesarean section and survived without any impairment.

As is common in these situations, the details surrounding the administration of the drug are sketchy. For example, one report said she received “100 mL of fentanyl.” The correct dose is 50-100 micrograms.

What we do know is her board-certified obstetrician, Jason Helliwell, was already on probation ordered by the state medical board in July 2018 for grossly negligent patient care and having sex with a patient. The negligence took place after he performed cosmetic surgery including breast augmentation and liposuction.

In September 2019, he was charged with 31 felony counts of fraudulent billing and grand theft of property.

You will be reassured to know he is rated 4.4 of 5 stars on Healthgrades and its background check revealed no problems.

You’ve probably heard of Seth Lookhart, the Alaska dentist who extracted a patient’s tooth while riding a hover board. He sent a video of it to his friends proclaiming it was “a new standard of care.” At least one of his “friends” must have snitched on him.

More bad news for Lookhart. On January 17, he was convicted of 46 felony and misdemeanor counts of “medical assistance fraud for billing Medicaid for procedures that were either unnecessary or not properly justified.” He also stole at least $25,000 from Alaska Dental Arts, a two-city dental practice, and others.

The judge in his case said he “believed that he could get away with this fraud indefinitely, and that he believed his scheme was foolproof.” Evidence of his crimes was found in his own texts, photographs, and videos. The Alaska Dental Board had summarily suspended him on June 1, 2017. Luckily, Alaskans are able to utilize the services of a nearby 5-star dentist named Dr. Dekay.

The winner in the most recent doctor fraud sweepstakes is Jorge Zamora-Quezada, a Texas rheumatologist who was found guilty of fraud amounting to $325 million. According to the US Department of Justice, Zamora-Quezada “falsely diagnosed vulnerable patients, including the young, elderly, and disabled, with lifelong illnesses requiring invasive treatments that those patients did not in fact need.”

Patients were told they had rheumatoid arthritis requiring years of treatment with regular drug infusions. The doctor tried to obscure his crimes by falsifying his medical records.

He had a number of offices in South Texas and traveled between them on his private jet or in his Maserati. He was board-certified in both internal medicine and rheumatology and had done fellowships at New England Medical Center and Massachusetts General Hospital.

Zamora-Quezada has a 1-star rating on Healthgrades and his background check revealed that in June 2018 Massachusetts Medical Board placed his license on summary suspension. No malpractice claims or other board actions were found.

I have one question. How does someone get away with fraud of this magnitude for so long?