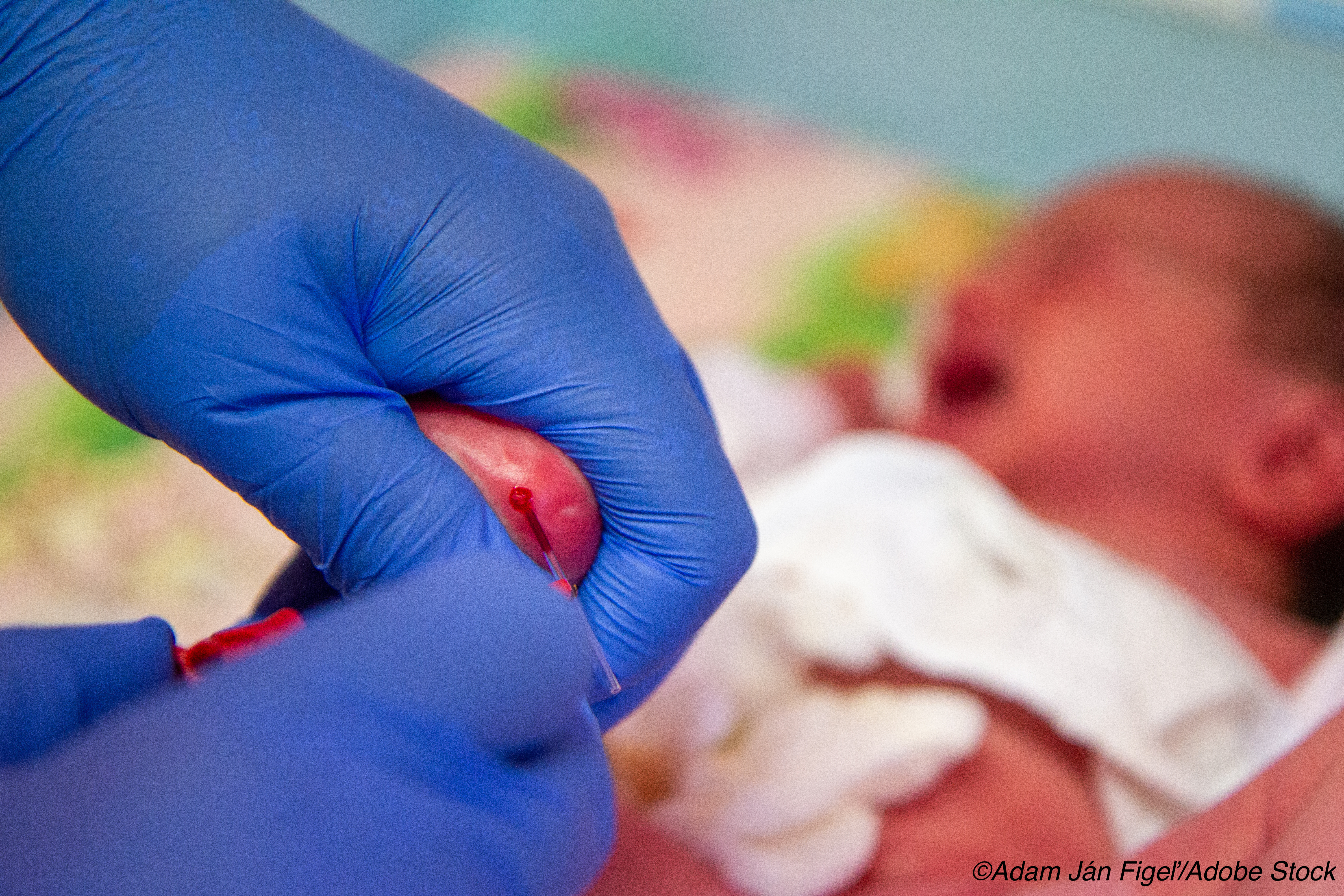 DBS samples were tested for CMV DNA by polymerase chain reaction (PCR) analysis at the University of Minnesota and the CDC, explained Sheila C. Dollard, PhD, of the CDC in Atlanta, and co-authors.

“The main finding of our study was the enhanced sensitivity of DBS PCR for identification of cCMV… compared with previous studies,” Dollard’s group wrote. “The main reasons for increased sensitivity are most likely because of improved methodologies,” such as the Qiagen DNA extractor and the Quanta DBS elution buffer.

However, they acknowledged that, based on this interim analysis, the “75% average sensitivity of DBS for the two assays in our study remains suboptimal for screening,” but “further improvements in methodologies for DNA extraction and PCR should allow for better sensitivity with the individual tests.”

Also, false-positive (FP) results with saliva screening was a study limitation, which Dollard’s group attributed to the colonization of the neonatal oropharynx with CMV DNA from colostrum. FP results were 13.3% for saliva versus 2% for DBS. The FP results with saliva screening were similar to those reported by other cCMV studies, so urine analysis confirmation of disease is important, the authors stated.

Finally, they explained that the current sample size was too small to provide reliable estimates for demographic subgroups; however, a larger sample size and more data will be available in two years (n=25,000 projected enrollment for the study). Additionally, they will follow-up infants with confirmed cCMV for up to four years of age to assess all clinical outcomes.

In an editorial accompanying the study, Gail J. Demmler-Harrison, MD, of the Baylor College of Medicine and Infectious Disease Service in Houston, noted that DBS analysis to diagnose CMV was first adapted by research scientists in 1994, and efforts to improve methodologies have been ongoing.

“By using enhanced PCR methods, [the authors] have rekindled the hope that NBDBS [newborn DBS] testing may be a viable method for large-scale, universal newborn screening for congenital CMV,” she wrote, adding that the adaptation of collection methods, use of “optimal filter paper to enhance DNA adherence,” improvements in DNA elution procedures, and the development of “novel amplification and detection methods,” should result in “newborn DBS [meeting] the challenge and reach the sensitivity and specificity necessary for universal screening for congenital CMV.”

The population-based cohort study took place at five newborn nurseries and three neonatal ICUs in the Minneapolis/Saint Paul area from April 2016 to June 2019. Newborns in the study (75.5% White, another study limitation) had a saliva specimen collected, as well as DBS.

The saliva swabs were tested for CMV at the UMN lab, and served as the standard reference, while DBS specimens were tested for CMV DNA by PCR at both labs. If a newborn screened positive by either DBS or saliva, a urine sample was collected for confirmation of congenital infection.

The main outcome was the number of children with urine-confirmed cCMV and the proportion of them who were CMV positive through DBS screening.

DBS results by lab were as follows:

Demmler-Harrison posed several questions for which “Long-term follow-up studies of newborns identified with congenital CMV infection by prospective NBDBS testing may be able to answer,” such as “how sensitive must the NBDBS process be to be acceptable for universal screening. Is the current sensitivity adequate if it detects at-risk newborns and reprieves the ones who are destined to escape sequelae?”

The study was funded by the CDC, the National Vaccine Program Office, the Minnesota Department of Health Newborn Screening Program, and the University of South Carolina Disability Research and Dissemination Center (DRDC).

Dollard reported no relationships relevant to the contents of this paper to disclose. Co-authors reported support from, and/or relationships with, the CDC, the University of Minnesota, the NIH, DRDC, Moderna Vaccines, Sanofi Vaccines, GlaxoSmithKline Vaccines, and Merck Vaccines.

Demmler-Harrison reported no relationships relevant to the contents of this paper to disclose.