Drug-Cost Offsets Seem to Take Some Pressure Off Patients’ Wallets 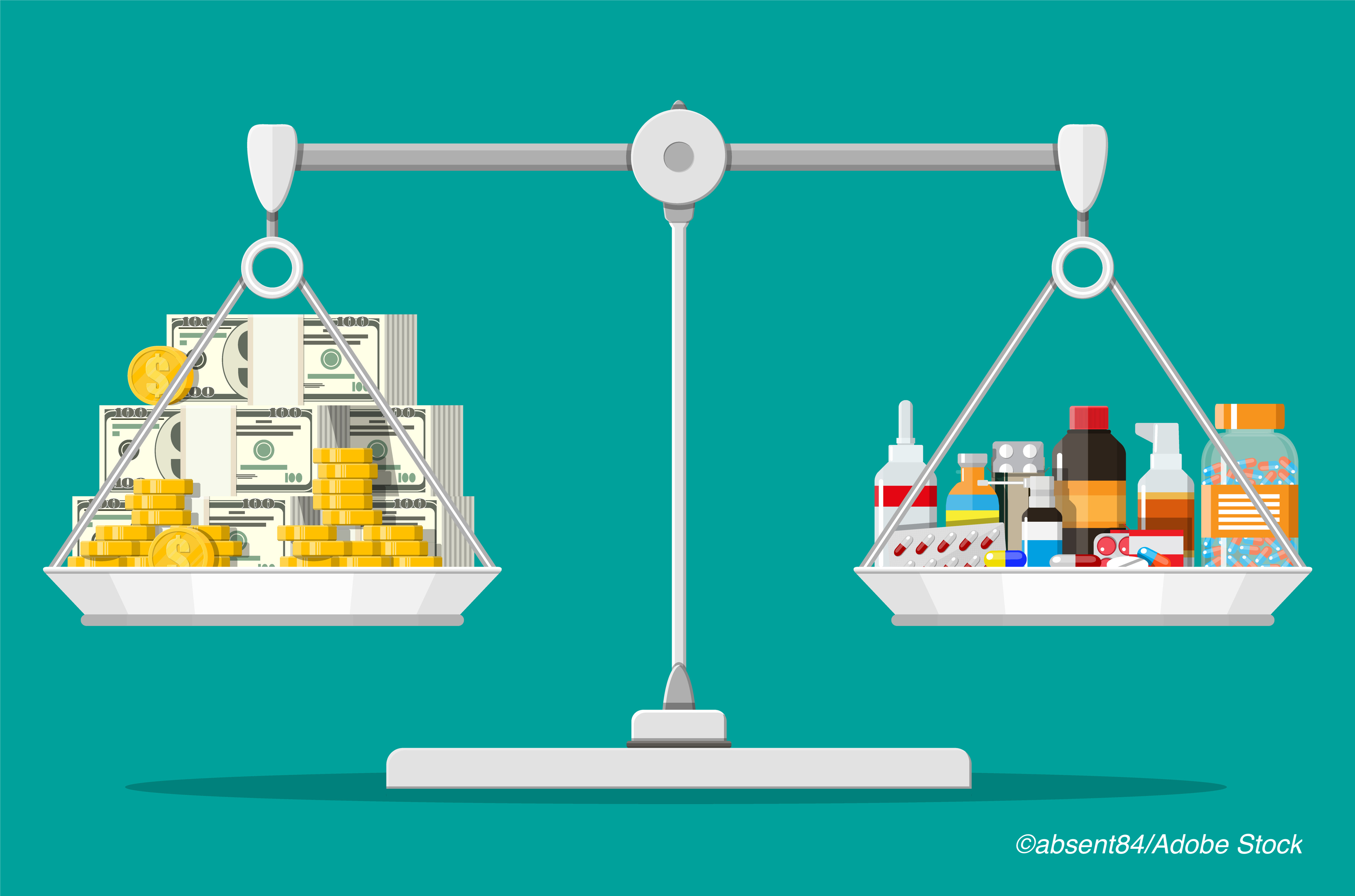 Savings ranged from $50 to $16, but ignore the larger issue of overpriced drugs

About 13% of U.S. patients used an out-of-pocket cost offset for their prescriptions, and savings ranged from around $51 if covered by a drug manufacturer to a little over $16 if covered by a pharmacy benefit manager (PBM) contract, researchers reported.

The analysis of approximately 33 million prescriptions showed that 12.8% had an offset used, with a median manufacturer offset of $51, covering 87.1% of out-of-pocket costs, and a median pharmacy-PBM offset of $16.30, taking on 39.3% of an individual’s out-of-pocket costs, according to G. Caleb Alexander, MD, MS, of Johns Hopkins Bloomberg School of Public Health in Baltimore, and co-authors.

Additionally, 50.2% of cost offsets came from pharmaceutical manufacturers, 47.2% were from either a pharmacy or PBM, and 2.6% originated from a state-assistance program, they stated in JAMA Internal Medicine.

“All offsets were associated with a significant reduction in patients’ out-of-pocket costs, were highly concentrated among a few drugs, and were generally not more generous among individuals in counties with lower income or larger Black or uninsured populations,” the authors noted.

But a little extra money in a patient’s pocket isn’t necessarily something to write home about, as these offsets do nothing to address the crisis of high overall drug prices, observed Kai Yeung, PharmD, PhD, of Kaiser Permanente Washington Health Research Institute in Seattle, and Stacie B. Duestzina, PhD, of Vanderbilt University School of Medicine in Nashville, in an invited commentary.

They pointed out the U.S. spends twice as much per capita on prescription drugs compared with other high income countries. Yet “[r]esearch has consistently shown that manufacturer copayment coupons used to induce demand for higher-cost drugs when lower-cost alternatives are available are inefficient and that this practice should be banned.”

Theoretically, policymakers agree with that sentiment: In November 2020, the outgoing Trump administration finalized a regulation to encourage lower list prices and reduce out-of-pocket spending on prescription drugs. Specifically, the regulation “addresses a perverse incentive… by expressly excluding rebates on prescription drugs paid by manufacturers to [PBMs]… from safe harbor protection under the Anti-Kickback Statute,” according to a press release.

However, in January 2021, the Biden administration agreed to delay the regulation’s elimination of safe harbors for drug rebates by a year in response to a lawsuit challenging the rule brought by the Pharmaceutical Care Management Association (PCMA), according to Fierce Healthcare.

While PCMA argues that the Trump rule is “arbitrary and capricious” and will lead to higher premiums for Medicare patients, a 2020 white paper from the University of Southern California calculated that “rising rebates demanded by PBMs are associated with rising list prices for prescription drugs.”

Alexander’s group used a 5% random sample of anonymized pharmacy claims from the IQVIA Formulary Impact Analyzer, which captures more than 60% of all U.S. pharmacy transactions. They focused on 631,249 individuals (57.3% female, mean age 45.7) who used at least one cost-offset from October 2017 through September 2019.

They identified the drugs most commonly covered by offsets, the percentage of out-of-pocket costs covered by offsets, and the characteristics of patients using offsets for retail pharmacy transactions. The primary outcome was the offset source and its dollar value, the percentage of out-of-pocket cost payment covered, and the county characteristics of the offset recipients.

Otherwise, Alexander and co-authors found no meaningful association between offset magnitude and county-level income, health insurance coverage, or race/ethnicity. “This finding is consistent with evidence that individuals with low income and who are uninsured are less likely than individuals with high income and who are insured to receive free samples, that independent pharmacies more prevalent in communities of lower socioeconomic status may be less likely to participate in drug discount programs than chain or big-box pharmacies, and that medication access and adherence are often lower among Black patients after controlling for income,” they wrote.

Study limitations included sampling based on the use of at least one offset in a 24-month period, and the fact that use of offsets was not assessed as an association to healthcare use or outcomes. Also, county characteristics utilized in the analysis are an “imperfect proxy” for individual characteristics, the author cautioned.

The study was supported by Arnold Ventures.

Yeung reported no relationships relevant to the contents of this paper to disclose. Dusetzina reported support from, and/or relationships with, Arnold Ventures, Commonwealth Fund, Leukemia& Lymphoma Society, the Robert Wood Johnson Foundation, the Institute for Clinical and Economic Review, The National Academy for State Health Policy, and West Health.