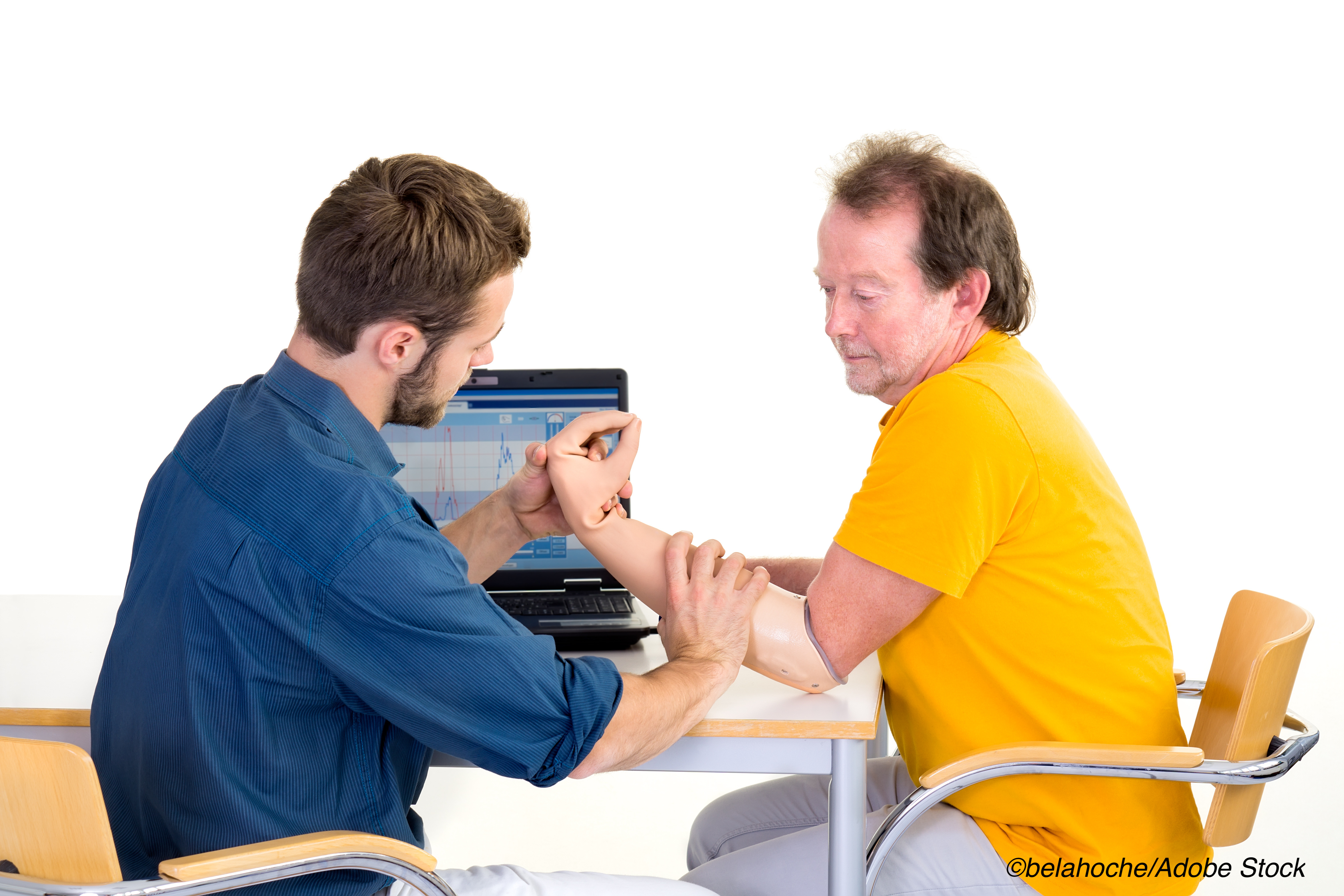 Are shorter courses of antibiotic therapy after surgical management of prosthetic joint infection appropriate? According to a noninferiority study that compared 6 weeks of antibiotic treatment to 12 weeks, the shorter duration resulted in worse outcomes.

“This trial showed that a shorter course of 6 weeks of antibiotic therapy did not meet the criterion for noninferiority to a longer course of 12 weeks in the treatment of prosthetic joint infection and resulted in unfavorable outcomes in a higher percentage of patients, most of whom had undergone débridement with implant retention,” Louis Bernard, MD, from the Division of Infectious Diseases, University Hospital Bretonneau. Tours, France wrote in The New England Journal of Medicine

Avoiding prosthetic joint infections is important because they account for substantial morbidity, are costly, and moreover, are challenging to treat, Bernard and coauthors explained. Surgery and antimicrobial therapy are the mainstays of treatment.

“The classic surgical options include one-stage or two-stage implant exchange, resection arthroplasty (with or without arthrodesis), or débridement with implant retention,” the study authors wrote and added, “Treatment failure occurs in 11 to 35% of patients.”

Historically, long courses of antibiotics, sometimes as long as 6 months, have followed surgery. Determining the duration of antibiotic therapy has not been evidence-based, and in their noninferiority study, Bernard and colleagues undertook the Duration of Antibiotic Treatment in Prosthetic Joint Infection (DATIPO) trial (investigator-initiated, multicenter, open-label, parallel-group, randomized, controlled, noninferiority design) to assess the two courses of treatment.

Eligibility requirements were being 18 years or older with a prosthetic joint infection of the hip or knee “that had been managed with an appropriate surgical procedure (either one-stage or two-stage implant exchange or débridement with implant retention,” Bernard and colleagues wrote, noting that they defined prosthetic joint infection as “the presence of at least one clinical symptom (pain, fever, fistula, outflow around the scar, erythema, or swelling, and a microbiologically documented infection.”

The study authors randomized 410 patients to one of the two study arms (6 week or 12 weeks of antimicrobial treatment) from Nov. 29, 2011 to Jan. 22, 2015 at 28 sites in France, 14 of which were university hospitals. After two patients in the 6-week arm and four patients in the 12-week arm withdrew consent, 404 patients were analyzed—203 in the 6-week group and 201 in the 12-week group. Participants in both groups had similar baseline characteristics.

Notably, there was a difference in the infecting pathogen between the groups with Staphylococcus aureus identified in 38% of those in the 6-week arm and 30% in the 12-week arm coagulase-negative staphylococcus was present in 29.5% and 35.2% respectively.

Most of the patients in the study (380) were given at least one oral antibiotic with distribution similar in both groups. Those used most were:

“Parenteral methicillin or cephalosporin was used during the initial intravenous phase of treatment in 136 of the 221 patients with prosthetic joint infection due to methicillin-susceptible staphylococci,” the study authors wrote.

Persistent infection within two years of completing the antibiotic therapy was the trial’s primary outcome, which was “defined as the persistence or recurrence of infection with the initial causative bacteria, with an antibiotic susceptibility pattern that was phenotypically indistinguishable from that at enrollment).”

And Bernard and colleagues defined noninferiority between the 6-week and 12-week arms as “the upper boundary of the 95% confidence interval for the absolute between-group difference (the value in the 6-week group minus the value in the 12-week group) in the percentage of patients with persistent infection within two years was not greater than 10 percentage points.”

In their results the study authors reported that 18.1% or 35 of 193 patients in the 6-week arm had persistent infection compared with 18 or 191 (9.4%) in the 12-week arm (risk difference, 8.7 percentage points; 95% confidence interval, 1.8 to 15.6) and therefore noninferiority was not shown, nor was it shown in their per-protocol and sensitivity analysis.

“We found that the largest between-group difference in treatment failure in favor of 12 weeks of antibiotic therapy over 6 weeks was among the patients who had undergone débridement with implant retention, despite the fact that the surgical procedure involved the exchange of mobile parts, ample irrigation of the joint, and a short time between the onset of infection and surgery (median of 5 days in both groups),” Bernard and colleagues wrote. “A higher proportion of patients had nonserious adverse events in the 12-week group than in the 6-week group; the difference was mainly due to gastrointestinal side effects and mycosis. Such side effects, although unsurprising, can limit treatment and should be carefully monitored.”

Limitations of the study include its open-label design and the fact that most of the patients in the 6-week arm who experienced treatment failure underwent débridement with implant retention, which led the authors to note that future studies should be conducted with a single surgical procedure.

Bernard had no disclosures.