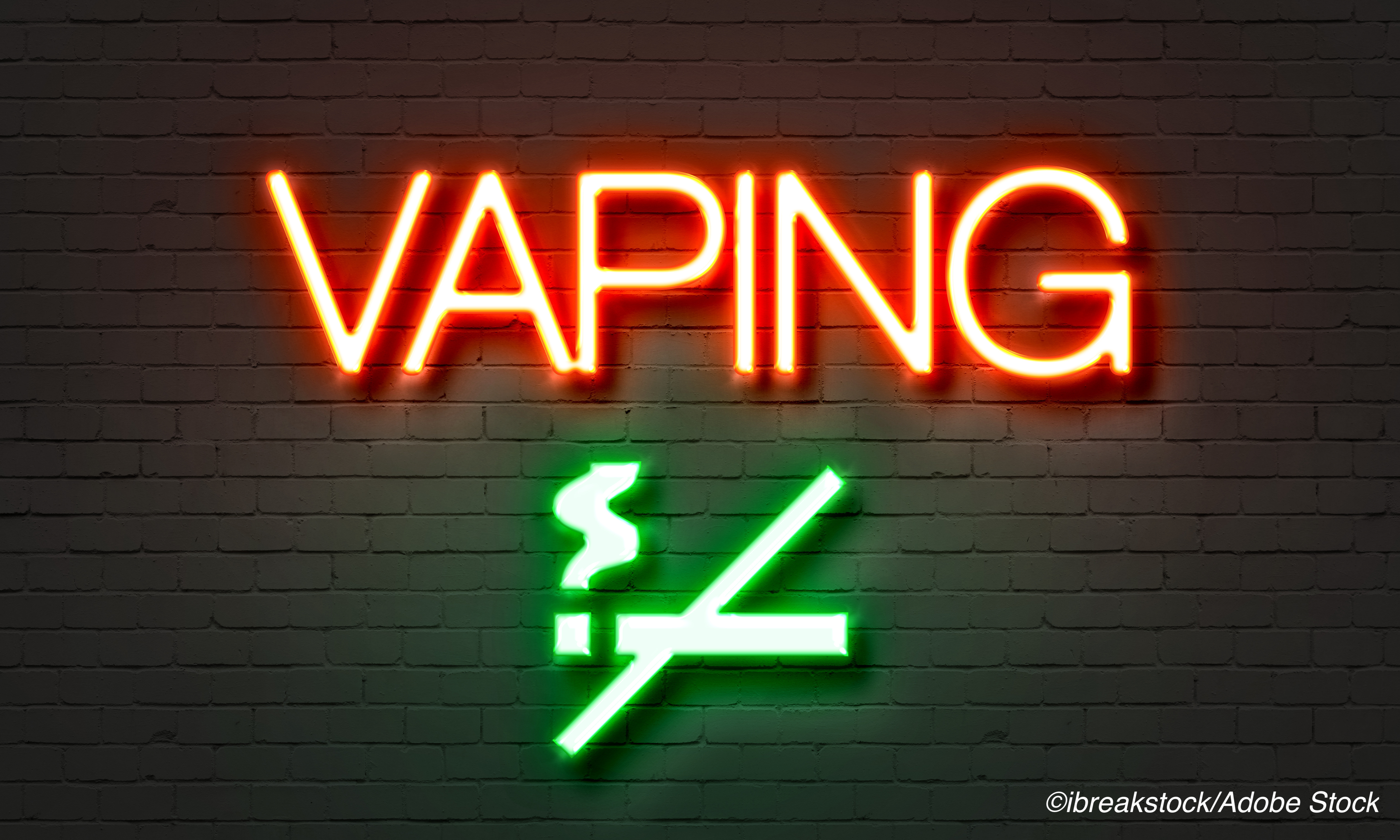 Nicotine e-cigarette use effective at 12 weeks, but effect lags by week 24

Adults who use nicotine e-cigarettes and undergo individual counseling are able to quit smoking at increased rates compared to those smokers who undergo counseling alone, researchers found.

However, Mark J. Eisenberg, MD, MPH, Divisions of Cardiology and Clinical Epidemiology, Jewish General Hospital/McGill University, Montréal, Québec, and colleagues, also found that while abstinence rates increase over the first 12 weeks of cessation efforts, the difference in abstinence rates between the two groups of smokers was no longer significant at 24 weeks.

The results of their study were published in JAMA.

It has been well established that quitting smoking is an extraordinarily difficult thing to accomplish. For example, according to a survey conducted in 2010-2011, 70% of smokers who attempted to quit smoking, even with the use of pharmacologic or behavioral therapy, reported returning to smoking.

Eisenberg and colleagues pointed out that while many smokers have turned to e-cigarettes for the purposes of smoking cessation, its efficacy “remains controversial,” with some clinical trials reporting some modest improvements in smoking outcomes.

However, they suggested more data is needed concerning the use of e-cigarettes for smoking cessation. Thus, in the E3 Trial (Evaluating the Efficacy of E-Cigarette Use for Smoking Cessation) the authors evaluated the effect that use of e-cigarettes, accompanied by individual counseling, has on smoking outcomes.

The randomized trial evaluated adults motivated to quit smoking from November 2016 to September 2019 at 17 different sites in Canada. The trial ended up enrolling 376 participants who were randomized to one of three treatment groups — nicotine e-cigarettes plus counseling, e-cigarettes (without nicotine) plus counseling, or counseling alone – for 12 weeks. The primary endpoint of the trial was point prevalence smoking abstinence at 12 weeks, which was defined as self-reported abstinence in the past 7 days with an exhaled carbon monoxide level of 10 parts per million or less.

Study enrollment prematurely ended before reaching the target of 486 participants when the e-cigarette device used in the trial became unavailable, thus leaving the trial underpowered to test the primary endpoint.

There was no statistically significant difference between nicotine and non-nicotine cigarette use (both with counseling) at either 12 or 24 weeks.

“Overall, the findings regarding abstinence with e-cigarettes plus counseling were modest and inconsistent,” reported Eisenberg and colleagues, who pointed out that interpretation of the results are limited by the early termination of the trial and suggested that more research is needed regarding the long-term effects of e-cigarettes on smoking cessation.

In an editorial accompanying the study, Nancy A. Rigotti, MD, Tobacco Research and Treatment Center, Department of Medicine, Massachusetts General Hospital and Harvard Medical School, Boston, noted that two new systematic reviews of e-cigarettes — one of which is an update of the 2016 Cochrane review — support the effectiveness of nicotine-containing e-cigarettes to aid cessation when compared with non-nicotine e-cigarettes and nicotine replacement therapy.

Rigotti wrote that the evidence suggests e-cigarette use will “likely turn out to be safe and effective tools to aid smoking cessation,” but will not be the single solution to this problem. She added that more research is needed to test both the effectiveness and safety of e-cigarettes with longer duration of use.

Rigotti reported serving as a member of the Committee of the National Academies of Sciences, Engineering, and Medicine, which produced the 2018 report, Public Health Consequences of E-Cigarettes. 1 She reported receiving royalties for writing about e-cigarettes for UpToDate and travel expenses from Pfizer. She also reported serving as a consultant for Achieve Life Sciences to develop an investigational smoking cessation pharmacotherapy, but has received no funding from any company that manufactures e-cigarettes.