E-Cigarettes No Better Than Other Smoking Cessation Methods 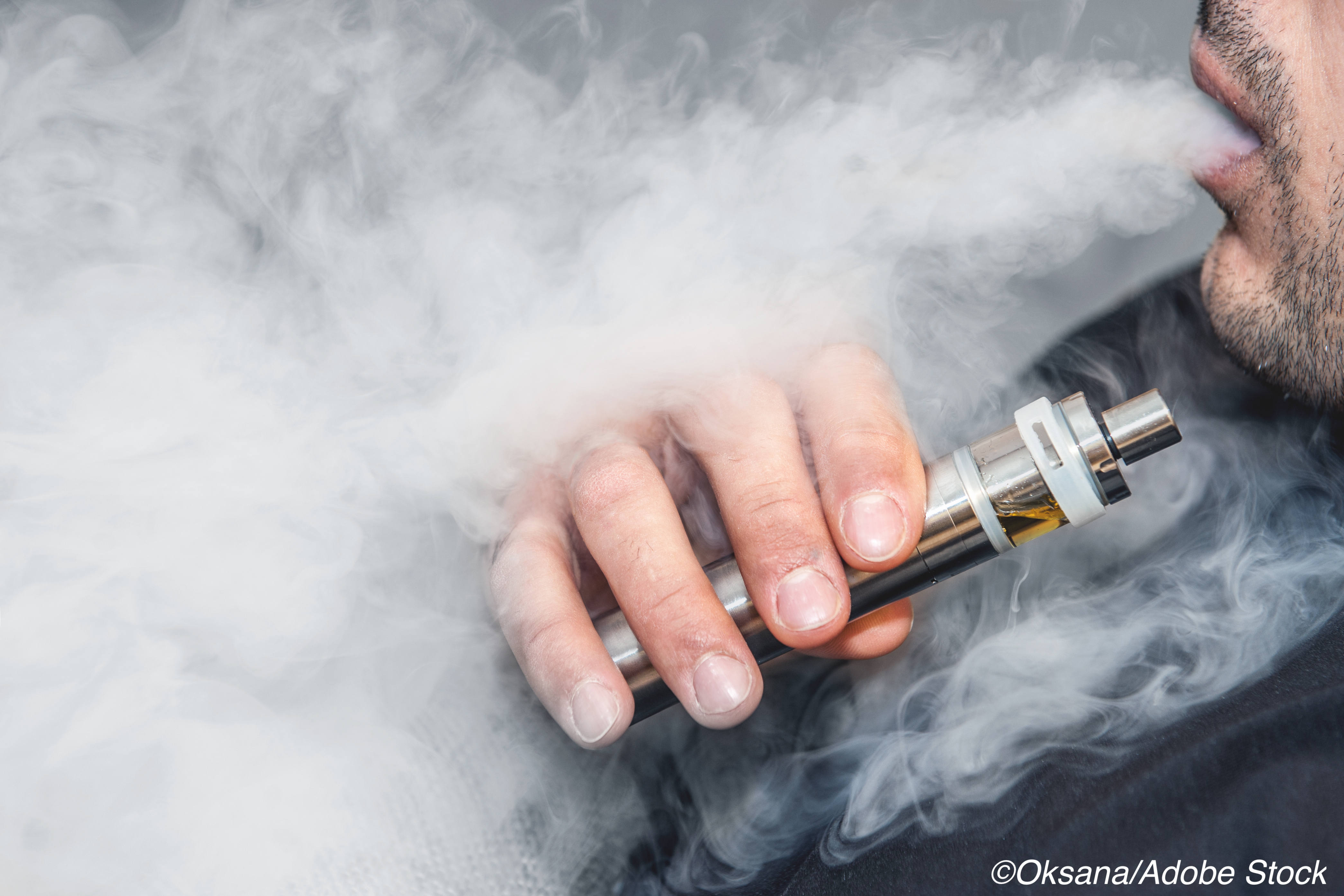 E-cigarettes may not help smokers quit smoking and may even contribute to continued dependence on nicotine, with more than half of e-cigarette users still using e-cigarettes one year later. Further, abstinence rates from smoking 1-2 years later in those who used e-cigarettes and those who did not were similar. These are the findings from two analyses of the Population Assessment of Tobacco and Health (PATH) study, published in The American Journal of Epidemiology and PLoS ONE.

“While many herald e-cigarettes as a harm-reduction device, experts have noted potential public health risks, including the potential for increased smoking initiation among minors, and for increased nicotine addiction among dual users of cigarettes and e-cigarettes. In the US, e-cigarettes can deliver high doses of nicotine, and there is evidence of substantial uptake among nonsmoking minors,” wrote Ruifeng Chen, a PhD candidate at the University of California, San Diego (UCSD), San Diego, CA, and colleagues.

Chen and colleagues analyzed results from the large, longitudinal, nationally representative PATH cohort of 2,535 adult smokers who had attempted to quit in the past year using cessation aids. They found that, among smokers who used e-cigarettes to quit smoking, 12.9% (95% CI: 9.1% to 16.7%) were successful in achieving long-term abstinence. No differences in quit rates were seen, however, in comparisons of e-cigarette users with non-users (cigarette abstinence difference: 2%; 95% CI: −3% to 7%).

In addition, fewer users of e-cigarettes maintained long-term abstinence from nicotine products (nicotine abstinence difference: −4%; 95% CI: −7% to −1%), and roughly two-thirds of those who successfully quit smoking continued to use e-cigarettes.

In a second, more recent analysis of data from the PATH Study in PLoS ONE, lead author John P. Pierce, PhD, also of UCSD, and colleagues found similar results.

They analyzed data from 2,443 smokers in the PATH study, which began in 2013-2014 with Wave 1. Although 57.2% reported using no products to help them quit smoking, most of those who did use smoking cessation aides reported using e-cigarettes (23.5%), followed by 19.3% who used pharmacotherapy alone (60.5% of whom used only nicotine-replacement treatment), 17% who used only prescription medications, and 22.5% who used a pharmaceutical aid and prescription medications.

Participants who were daily e-cigarette users at Wave 2 (2014-2015) had no cessation benefit over those who did not use e-cigarettes. Finally, by Wave 3, abstinence for 30 days or longer was similar across products.

Limitations of the PATH study include its observational design, lack of data on the frequency of e-cigarette use during last quit attempt, inability to assess abstinence since last quit attempt, the small sample size of those who used e-cigarettes and a pharmaceutical aid, and the inclusion of only smoking cessation products and devices available during 2014-2015 rather than products currently available.

Nevertheless, the researchers called for further studies in light of the new technologies and products that are now available.

“A strength of this study is that it is a large representative sample of the US population that is being followed longitudinally. As such, it provides evidence of the current real-world benefit of e-cigarettes and FDA-approved pharmacotherapy as they were used at the time by US daily smokers,” wrote Pierce and colleagues.

Chen and Pierce reported no conflicts of interest.