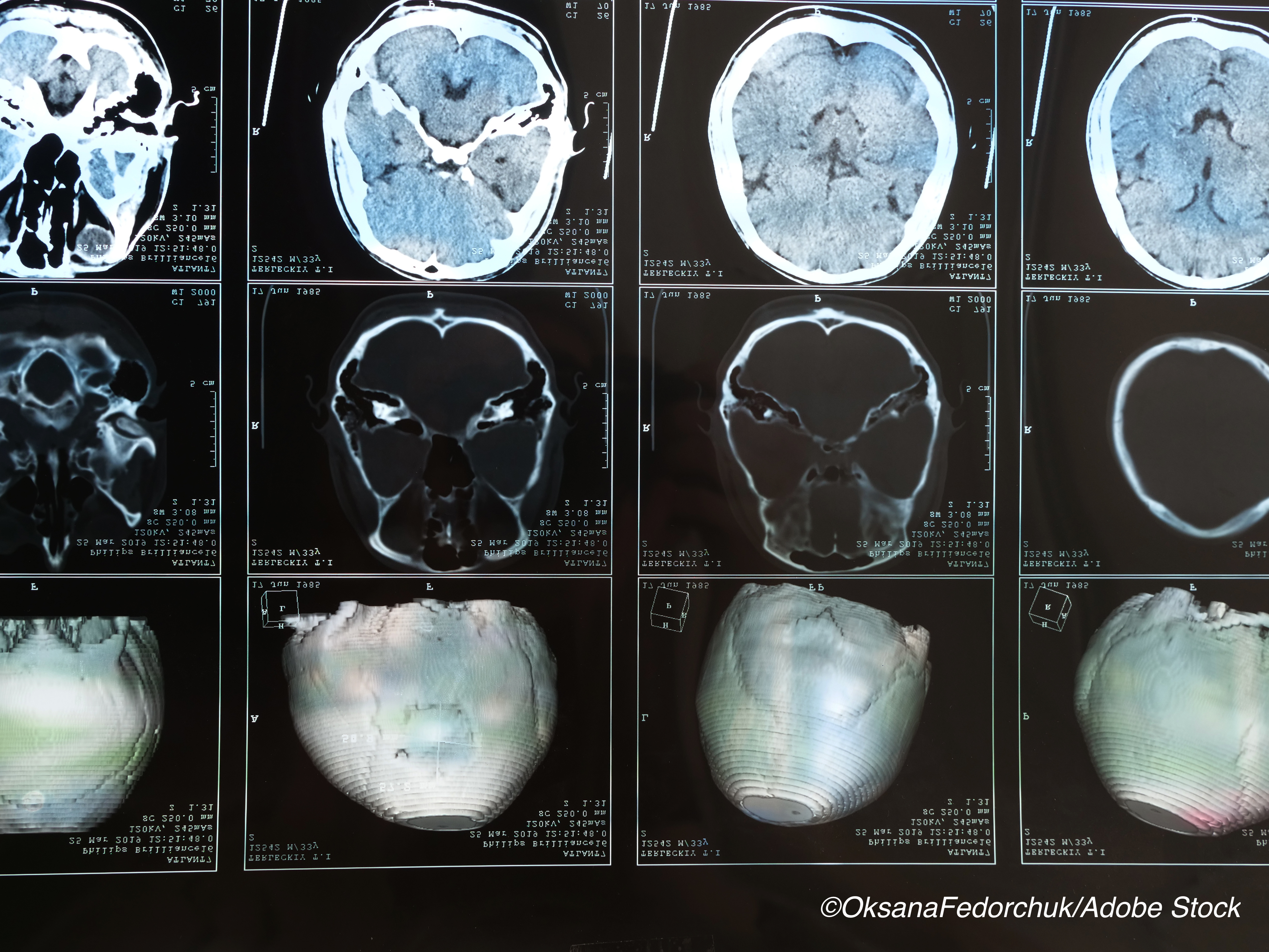 Early evidence of white matter injury detected with advanced magnetic resonance imaging (MRI) was associated with persistent symptoms in people with mild traumatic brain injury (TBI), according to results from a prospective study from Europe.

The multicenter study included 81 patients presenting for treatment within 24 hours of experiencing head trauma who received MRIs within 72 hours after injury and again two to three weeks later.

TBI patients showed declines in white matter volume on the second MRI that were not seen on initial imaging, and these findings suggest that “advanced MRI reveals potential neuroanatomical substrates of [mild TBI] in white matter and is most strongly associated with odds of recovery if performed within 72 hours, although future validation is required,” researcher Sophie Richter, MD, of the University of Cambridge, U.K., and colleagues wrote in JAMA Network Open.

The researchers also noted that their analysis, which also included 104 controls, is the largest to date in patients diagnosed with mild TBI who had serial MRIs within the first weeks after injury.

Ritcher and colleagues wrote that based on the level of consciousness on presentation, 70% to 90% of traumatic brain injuries are classified as mild, even though as many as half of these patients experience associated symptoms that last six months or longer.

They noted that while conventional imaging (radiographic CT and structural MRI) does not typically differentiate between patients who do and do not develop persistent symptoms, advanced MRI, such as volumetric analysis and diffusion tensor imaging (DTI), shows promise “in detecting anatomical changes associated with outcome after mild TBI, such as traumatic axonal injury.”

In an effort to better understand the clinical benefits of advanced imaging in the management of people with mild TBIs, the researchers conducted a prospective multicenter study involving all eligible (n=81) patients in the Collaborative European NeuroTrauma Effectiveness Reearch in TBI (CENTER-TBI) study.

Across the nine study sites, 12 MRI scanners each contributed six to 25 healthy volunteers of comparable age and sex who underwent imaging with the same protocol (n=104).

The median age of the patients included in the analysis was 45 years (interquartile range [IQR], 24-59; range, 14-85), and 57 (70.4%) were male. Structural sequences were available for all scans; diffusion tensor imaging data were available for 73 MR1 scans and 79 MR2 scans.

Among the other study findings:

“The reduction in white matter volume between MR1 and MR2 could either be ascribed to resolution of early edema or to late loss of white matter,” the researchers wrote. “Compared with controls, patients had similar volumes at MR1 but reduced volumes at MR2. This finding suggests that the reduction of white matter volume at MR2 (which persisted at MR3) did not represent resolution of edema but rather new, persistent, and potentially progressive pathology.”

In commentary published with the study, Elie Massaad, MD, of Massachusetts General Hospital, Boston, and colleagues wrote that the study by Richter et al provides further evidence that there is an association between structural changes detected on diffuse tensor imaging, including decreased fractional anisotropy and increased mean diffusivity, and the severity and persistence of symptoms.

But they noted that “it remains very challenging to determine the optimal timing and specific MRI sequences in the evaluation and management of mild TBI that could have the most revealing prognostic value.”

The study suggested that the earliest MRI was a better predictor of outcomes than later MRI, but the researchers noted that, because DTI within 72 hours of injury has been shown to be associated with an increase in fractional anisotropy and decrease in diffusivity, more research is needed to “determine the time course of edema that best manifests on imaging and with outcomes.”

“Future studies to explore the prognostic value of imaging biomarkers in mild TBI would benefit from larger sample size, external validation of the presented results, and incorporation of time-dependent and multiple sequences to enhance risk prediction of outcomes,” they wrote.

“Given the large spectrum of mild TBI and the scarcity of imaging data available for research, future efforts should focus on making available sufficiently large, curated, and standardized imaging libraries to allow for more robust analysis of imaging features to better understand their role in diagnosis and prognosis of mild TBI.”

Funding for this study was provided by the European Comission, Hannelore Kohl Stiftung, NeuroTraumaSciences, LLC, and Integra Neurosciences.