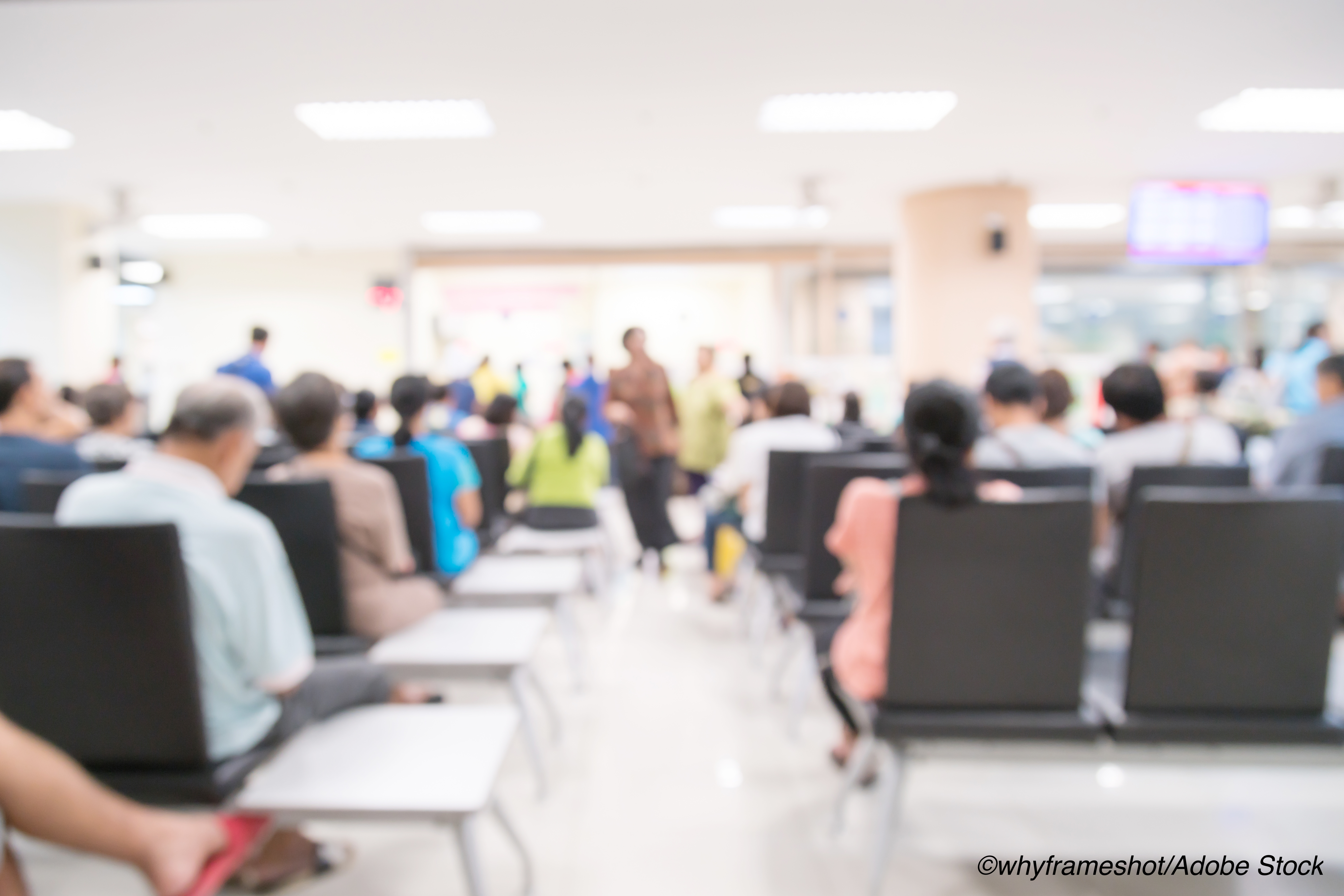 Historically, the CDC and U.S. Preventive Services Task Force (USPSTF) have endorsed a targeted HIV screening strategy that focused on screening patients at highest risk for infection. But more recently, both groups have recommended offering routine, non-targeted HIV screening to all patients in most medical settings, including EDs. The question, according to Jason S. Haukoos, MD, MSc, of the department of emergency medicine at Denver Health Medical Center in Colorado, and colleagues, is which screening approach identifies more cases of previously undiagnosed HIV.

For the HIV Testing using Enhanced Screening Techniques in Emergency Departments (TESTED) trial, Haukoos and colleagues compared targeted versus non-targeted HIV screening strategies across multiple EDs, hypothesizing that targeted screening would prove better equipped to identify new cases and result in a higher number of diagnoses. Their assessment included two targeted approaches—one traditional approach endorsed by the CDC prior to 2006, and the Denver HIV Risk Score (DHRS), a novel quantitative HIV risk prediction tool that was previously found to be strongly associated with new HIV diagnoses compared to non-targeted screening.

Their results were published in JAMA Network Open.

“Targeted and non-targeted HIV screening resulted in clinically comparable numbers of new HIV diagnoses, although significantly fewer tests were required as part of the targeted strategies, making targeted screening potentially more efficient,” they wrote. “Notably, all 3 screening strategies exceeded the 0.1% HIV test prevalence threshold for performing routine screening as suggested by the CDC and supported by cost analyses. Furthermore, relatively small proportions of newly diagnosed patients were AIDS-defined at the time of diagnosis, suggesting the benefits of screening to prevent late diagnosis, and the majority of patients had improved CD4 cell counts and viral loads 1 year after diagnosis.”

For their multicenter, prospective, pragmatic, three-arm randomized clinical trial, Haukoos and colleagues included patients visiting EDs at four U.S. urban hospitals—Johns Hopkins Hospital in Baltimore, University of Cincinnati Medical Center in Cincinnati, Denver Health Medical Center in Denver, and Highland Hospital in Oakland, California—from April 2014-January 2016. Patients were aged 16 years or older, not critically ill or mentally altered, not known to have an HIV positive status, and had an anticipated length of stay of 30 minutes or longer.

In the non-targeted screening arm, patients were informed that HIV testing would be performed unless they declined, and risk assessment was not performed.

Patients randomized to the DHRS arm (enhanced targeted HIV screening) underwent risk-based HIV screening using the DHRS, “which includes 6 variables: age, gender, race/ethnicity, sexual orientation, injection drug use, and prior HIV testing,” the study authors explained. A score of 30 or above on the DHRS triggered an electronic health record (EHR) prompt for the triage nurse to inform the patient that HIV testing would be performed unless declined; patients with scores under 30 were considered low risk and not tested.

Finally, in the traditional targeted screening arm, patients underwent risk-based HIV screening using conventional risk questions (adapted from and recommended by the CDC prior to 2006 and the USPSTF prior to 2013). Using these standards, a tool called the Behavioral Risk Screening Tool (BRST) was developed, and “an affirmative response to any risk question was considered positive and triggered an EHR prompt for the triage nurse to notify the patient that HIV testing would be performed unless declined,” the study authors wrote.

“Despite not identifying a clearly superior approach, this trial does support the importance of routine screening for HIV in EDs,” Haukoos and colleagues argued. “Although the overall number of new HIV diagnoses was low, the individuals who were diagnosed through screening efforts were able to start antiretroviral therapy and improve their health and, very likely, to avert transmissions. These actions would not have been possible without an HIV diagnosis. Additional understanding of how screening interventions factor into ED operational efficiency, cost effectiveness, and acceptance by both patients and ED staff will be needed to inform decisions about which approach is ideal for this clinical setting.”

The study authors noted several limitations to their analysis, including that inclusion was driven by nursing judgement, which may have inadvertently or intentionally excluded patients who could have been included; the number of new HIV diagnoses was smaller than anticipated, possibly limiting the ability to identify significant differences; and, while the diverse medical center locations used in the study enhance generalizability, all four were academic medical centers with experience performing HIV screening; thus, the results may not be directly applicable to smaller, community EDs.

This study was funded by an investigator-initiated grant from the National Institute of Allergy and Infectious Diseases (NIAID).

Haukoos reported grant funding from the National Institute on Drug Abuse (NIDA) and the Agency for Healthcare Research and Quality (AHRQ) during the conduct of this study.