Approximately 2 million adolescents between the ages 12 and 17 in the United States have suffered a serious bout of depression within the past year. Major depressive disorder (MDD) in adolescents is debilitating; about half of these patients will have continued problems with depression as they enter adulthood. Compounding the problem is the fact that few treatment options have been effective and well-tolerated in this patient group. In March 2009, the FDA approved a supplemental New Drug Application for escitalopram (Lexapro, Forest Laboratories, Inc.) as acute and maintenance treatment for MDD in adolescents aged 12 to 17. The SSRI is only the second antidepressant to be approved for the treatment of MDD in adolescents, the first of which was fluoxetine (Prozac, Eli Lilly and Co.).

After observing improvements in adults with MDD taking escitalopram, investigators more recently undertook several studies to assess efficacy in adolescents with MDD. The FDA’s most recent approval for use in adolescent depression was supported by two placebo-controlled studies, one conducted in adolescents taking the drug and the other conducted in children and adolescents taking citalopram (Celexa, Forest Laboratories, Inc.). In an 8-week flexible-dose, placebo-controlled study that compared escitalopram 10 mg/day or 20 mg/day to placebo in adolescents in 2008, those receiving escitalopram had statistically significant greater improvements from baseline when compared with placebo, based on the Children’s Depression Rating Scale-Revised (CDRS-R). In another 8-week, flexible-dose, placebo-controlled study, children and adolescents aged 7 to 17 treated with racemic citalopram 20 mg/day or 40 mg/day had statistically significant greater improvements from baseline on the CDRS-R when compared with patients treated with placebo. Positive results for this trial largely came from the adolescent subgroup. The FDA’s determination of the efficacy of escitalopram in the acute treatment of MDD in adolescents was established, in part, on the basis of extrapolation from this study.

The FDA’s approval of escitalopram for adolescents is a significant development, but clinicians should take extra steps to optimize outcomes. Escitalopram has a black box warning for clinical worsening and suicidal risk. When compared with placebo, antidepressants have been shown to increase the risk of suicidal thinking and behavior in children, adolescents, and young adults in short-term studies of MDD and other psychiatric disorders. When considering use of escitalopram or any other antidepressant in children, adolescents, or young adults, it’s imperative to balance this risk with the clinical need. Physicians should monitor for triggers of clinical worsening and suicidal risk, especially during the initial few months of therapy or at times of dose changes. It should be discontinued immediately if Serotonin Syndrome or Neuroleptic Malignant Syndrome-like reactions occur. Physicians should also prescribe escitalopram cautiously if patients have a history of seizures, mania/hypomania, hyponatremia, abnormal bleeding, or diseases or conditions that produce altered metabolic or hemodynamic responses.

Clinicians should use talk therapy and medications together to enhance treatment efficacy in adolescent MDD. Individual or group therapy can help patients recognize and change negative thought patterns that may trigger depression; find better resolutions to problems; and learn better social and interpersonal skills. Depressive episodes often respond to treatment, but early and appropriate therapies in adolescence are critical to preventing further episodes later in life.

For a press release on the FDA’s approval of escitalopram, go to www.frx.com/news/PressRelease.aspx?ID=1268211.

Why does COVID-19 kill more elderly men than women? Is there a role for testosterone?

During Outbreak, Most Pregnant Women Had High Zika Awareness 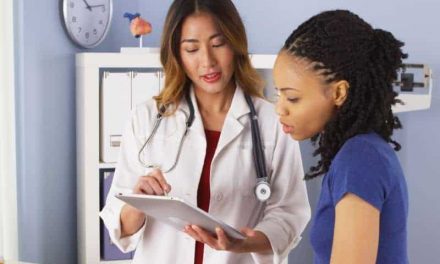