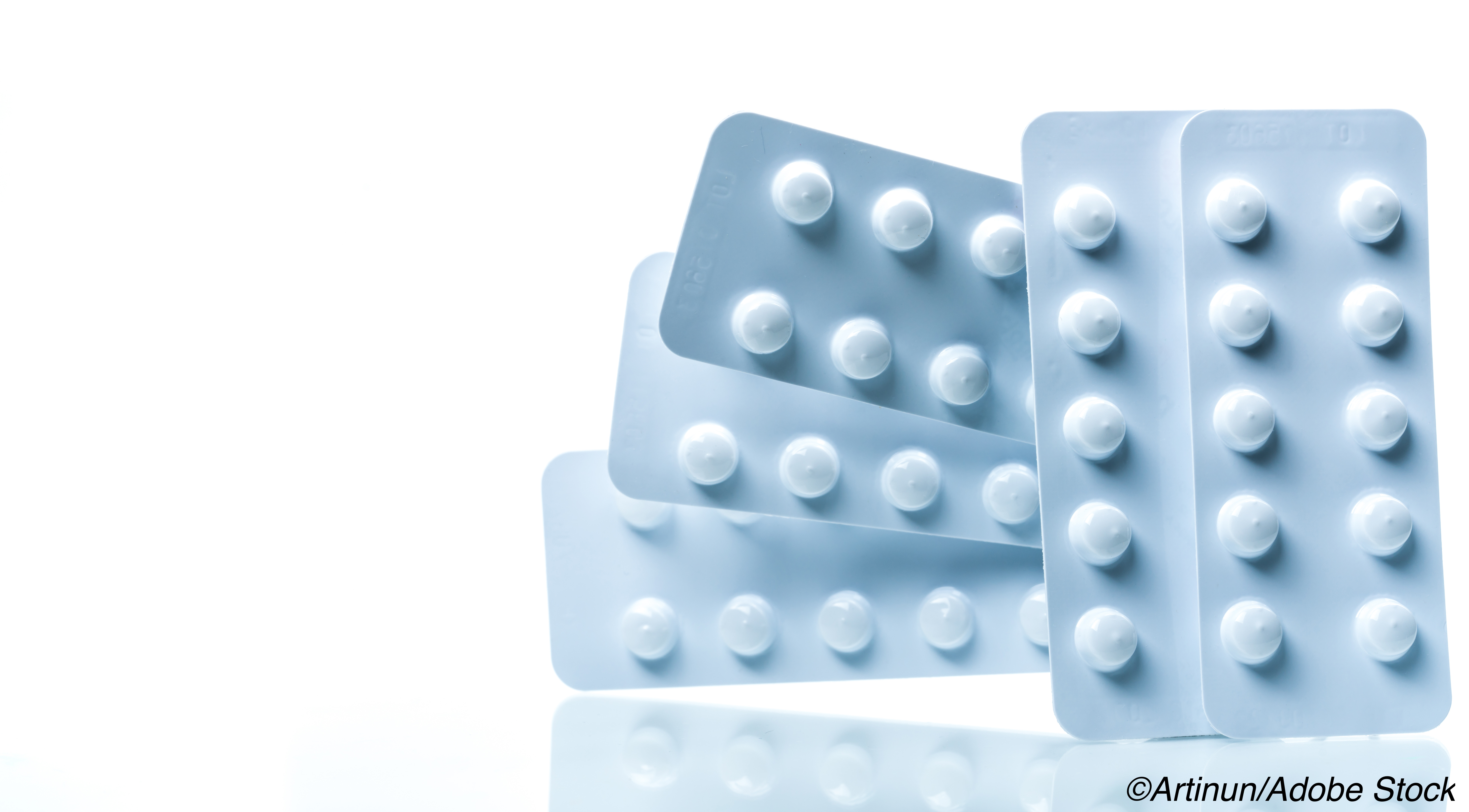 In the LoDoCo2 randomized clinical trial, 187 patients — about 6.8% of the 2,762 assigned to colchicine — experienced the composite endpoint, which translated to an incidence of 2.5 events per 100-person-years for the composite endpoint of death, myocardial infarction (MI), stroke, or revascularization compared with 264 (9.6%) patients on placebo, or 3.6 events per 100 person-years (HR 0.69 [95% CI 0.57-0.83], P<0.001), reported Stefan (Mark) Nidorf, MD, MBBS, consultant cardiologist at GenesisCare Western Australia in Perth.

“The results of our trial show that among patients with chronic coronary disease, most of whom were already receiving proven secondary prevention therapies, the occurrence of cardiovascular events was significantly lower with low-dose colchicine than with placebo,” he reported at the meeting and in the New England Journal of Medicine.

Colchicine is an anti-inflammatory drug, and these findings support the seminal findings of CANTOS, which found that patients with a history of myocardial infarction and an elevated level of the inflammatory marker C-reactive protein had a lower risk of recurrent events when treated with canakinumab, an expensive drug used to treat cancer. CANTOS was followed by a trial of methotrexate, which, unlike colchicine and canakinumab, did not find a benefit for anti-inflammatory therapy.

“Compared with placebo, cardiac events were reduced more than 30% with colchicine,” Nidorf said of the current study.

“The results of LoDoCo2 provide strong evidence that support re-purposing colchicine for routine secondary prevention in patients with coronary disease,” he added.

The primary endpoint for this trial was a composite of cardiovascular death, spontaneous (non-procedural) MI, ischemic stroke, or ischemia-driven coronary revascularization. In the key secondary endpoint — the composite of cardiovascular death, spontaneous myocardial infarction, or ischemic stroke — Nidorf said that treatment with colchicine was again superior to placebo. That composite endpoint was experienced by 115 patients (4.2%) in the colchicine group and in 157 patients (5.7%) in the placebo group (HR 0.72 [95% CI 0.57-0.92; P = 0.007]).

The incidence of death from non-cardiovascular causes was higher in the colchicine group than in the placebo group, with an incidence of 0.7 events per 100 person-years among the colchicine patients versus 0.5 events per 100 person-years among the placebo patients (HR 1.51 [95% CI, 0.99-2.31]), a difference that failed to reach statistical significance.

Nidorf said the effects of colchicine were consistent across a broad panel of subgroups, including sex, age, and those with histories of high blood pressure, diabetes, and other illnesses. Adverse events were similar between those on colchicine and those who had been assigned to placebo, he said.

Nidorf and colleagues randomized 5,522 patients and they were followed for a median of 28.6 months. Those were the patients who were randomized following a one-month run-in phase to determine if the patients would tolerate the 0.5 mg a day dose of colchicine. About 90% of the patients who were in the run-in phase were included in the main LoD0Co2 trial. Enrollment was begun in Australia in August 2014, and was later expanded to include patients in the Netherlands. The last patient follow-up visit was in February 2020.

The patients in the trial were about 66 years old but included patients ages 35-82 with proven coronary disease, and most of them were men – 15.5% of the colchicine patient cohort were women; 14.1% of those in the placebo arm of the investigator-initiated trial were women. About two-thirds of the patients were from the Netherlands and one-third were from Australia. To be eligible for the trial, the patients had to have had been clinically stable for at least 6 months, and in fact 65% of the patients hadn’t had a cardiac-related episode for more than 2 years. Patients with renal disease, heart failure or severe valvular disease were excluded from the trial.

“These were typical patients one would see in clinic,” Nidorf said. About 10% were current smokers, half had a history of hypertension, about 18% had been diagnosed with diabetes, he said. He said that the patients appeared to be receiving standard therapy for their heart disease with more than 90% of patients on anti-platelet therapy; more than 90% were on statins or other lipid-lowering medication. More than 70% of the patients were treated with a renin-angiotensin inhibitor.

Massimo Imazio, MD, professor of medicine at the University of Turin, Italy, who was the designated discussant for the trial, said, “This trial addresses the residual risk by targeting inflammation. It is a bigger trial with a stronger design than the originally LoDoCo study.

“This study does replicate the earlier study with an impressive reduction of the primary endpoint of more than 30%,” Imazio said. “This trial provides convincing evidence that colchicine is safe and efficacious for secondary prevention in chronic coronary syndrome if it is tolerated. and safe anti-inflammatory drug.”

Imazio did caution that doctors should carefully monitor patients with an eye to possible drug-drug interaction with statins or other medications. NT-proBNP as predictor factor of cardiotoxicity during trastuzumab treatment in breast cancer patients.

Blood pressure control in patients with a previous stroke/transient ischaemic attack in primary care in Ireland: a cross sectional study.