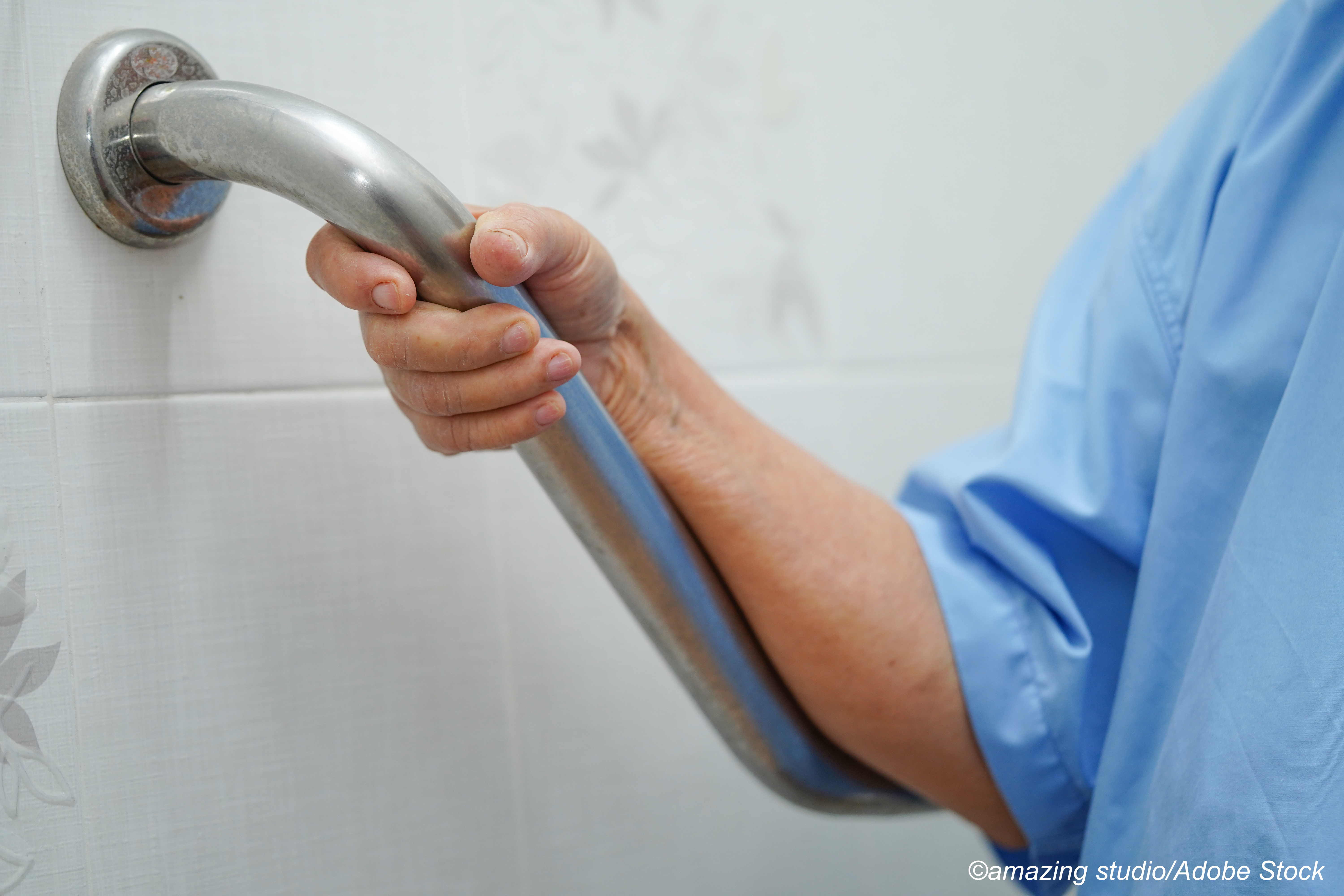 Days to first fall, QoL were unchanged, but intervention reduced rate of falls by nearly 40%

A fall prevention intervention instituted in St. Louis, Missouri, failed to reduce fall hazard among community-dwelling older adults, according to a randomized trial. However, the intervention—modeled on studies from Europe and Australia that focused on home hazard removal and teaching self-management strategies—did succesfully reduce the rate of falls by 38% and was responsible for a 111% ROI in health-care savings.

“To our knowledge, this is the first U.S. trial of a HARP (home hazard removal program) and is the first to target implementation and effectiveness,” Susan Stark, PhD, from the program in occupational therapy, Washington University School of Medicine, St. Louis, and colleagues write in JAMA Network Open.

“We translated the approach used by the positive Australian and European studies, where home hazard interventions are part of the health care delivery system, to the U.S., where they are not. Given the need to understand the effects of HARP in the U.S., we elected a pragmatic approach. The pragmatic elements of the study, including broad inclusion criteria, delivery in an existing aging services network, and training interventionists, did not diminish the effect of the intervention. We hypothesize that the explicit addition of the self-management component will improve the durability of the intervention, given the likelihood of functional decline expected in this population. This is supported by the report at 12 months that almost half of participants in the intervention group independently used additional fall prevention strategies,” they added.

Stark and colleagues noted the grim statistic on falls in the elderly population: “Every 20 minutes, an older adult dies from the consequences of a fall. Falls are costly: $30 billion is spent treating older adults annually for the effects of falls,” which, they noted, happen most often at home.

Even knowing the various causes for falls and that they can and should be prevented, intervention strategies often fail due to high non-adherence.

“Most fall prevention programs are group exercise and education classes,” Sarah L. Szanton, PhD, ANP and Melissa D. Hladek, PhD, FNP, both from Johns Hopkins School of Nursing in Baltimore, Maryland, wrote in an accompanying editorial. “Exercise, such as strength and balance training, is effective in preventing falls, but only 20% of individuals with fall risks consistently participate in these programs. For those who do participate, results diminish when participation ends.”

In their study, Stark and colleagues sought to implement their randomized HARP intervention in community-dwelling adults utilizing services from an Area Agency on Aging. The participants, who were age 65 or older, without dementia, and considered at high risk for falling, underwent a home-risk assessment that included identification of elements that could cause a person to fall, as well as removal of these elements.

The trial enrollment period was from January 2015 to September 2016, with 12-month follow-up from February 2016 to July 2021. The 310 participants were randomized to the intervention (n=155) or usual care (n=155). Their mean age was 75 [7.4] years, most were women, and just over half were Black. Most of the participants were retained through the duration of the trial: 82% in the intervention arm and 81% in the control arm.

The results were as follows:

Notably, adherence to the study protocols was fairly high, noted Stark and colleagues.

“Adherence was measured by number of home modifications in use at 6 and 12 months. Self-reported adherence was 92% at 6 months and 91% at 12 months,” they wrote. “The most frequent hazards addressed were lack of hand support, lack of adaptive equipment, tripping hazards, clutter, and lighting. The mean (SD) number of hazards for the intervention group was 10.0 (6.7) at baseline, reduced to 4.5 (5.0) at the 6-month booster session. At the 6-month booster, 54 participants (44%) in the intervention group reported implementing additional changes to their homes or routines to reduce their chance of falls. Interventionists were monitored using a visit-by-visit checklist. Fidelity to the intervention, based on a self-reported checklist completed by the interventionist, was 99%. No crossover occurred between conditions.”

The editorialist noted that Stark et al’s study did not look at individual-level risks for falling even though the intervention did look at a general level of how an older person would use their environment. “For example, the occupational therapies may discover that an older adult is grabbing onto the soap dish climbing into the tub without addressing the dizziness or leg weakness that might also cause a fall. Therefore the multifactorial nature of this intervention is constrained,” they wrote. Nonetheless, they noted many good aspects of the study, such as using a personalized calendar to record falls that included personalized data such as birthdays, anniversaries, and holidays.

Szanton and Hladek, however, wrote that the study “is important not only because it documents reduced fall rate but also because it was offered in the context of Area Agencies on Aging (AAA). AAAs are public or nonprofit agencies in every US county that offer services to help older adults age in their community. AAAs vary in scale and ability to partner, but many are strong partners to scale interventions. Having a real-world partner implement the intervention with significant findings is impressive.”

The study authors also noted some limitations of their research, including failure to attain the primary outcome (fall prevention) and the fact that the study might have been underpowered to detect changes in regard to the secondary outcomes. The cost analysis may not actually reflect real-world costs.

Stark reported receiving grants from the US Department of Housing and Urban Development during the conduct of the study and nonfinancial support from Staying at Home Mattersoutside the submitted work. No other disclosures were reported.

The editorialists disclosed no relevant relationships.