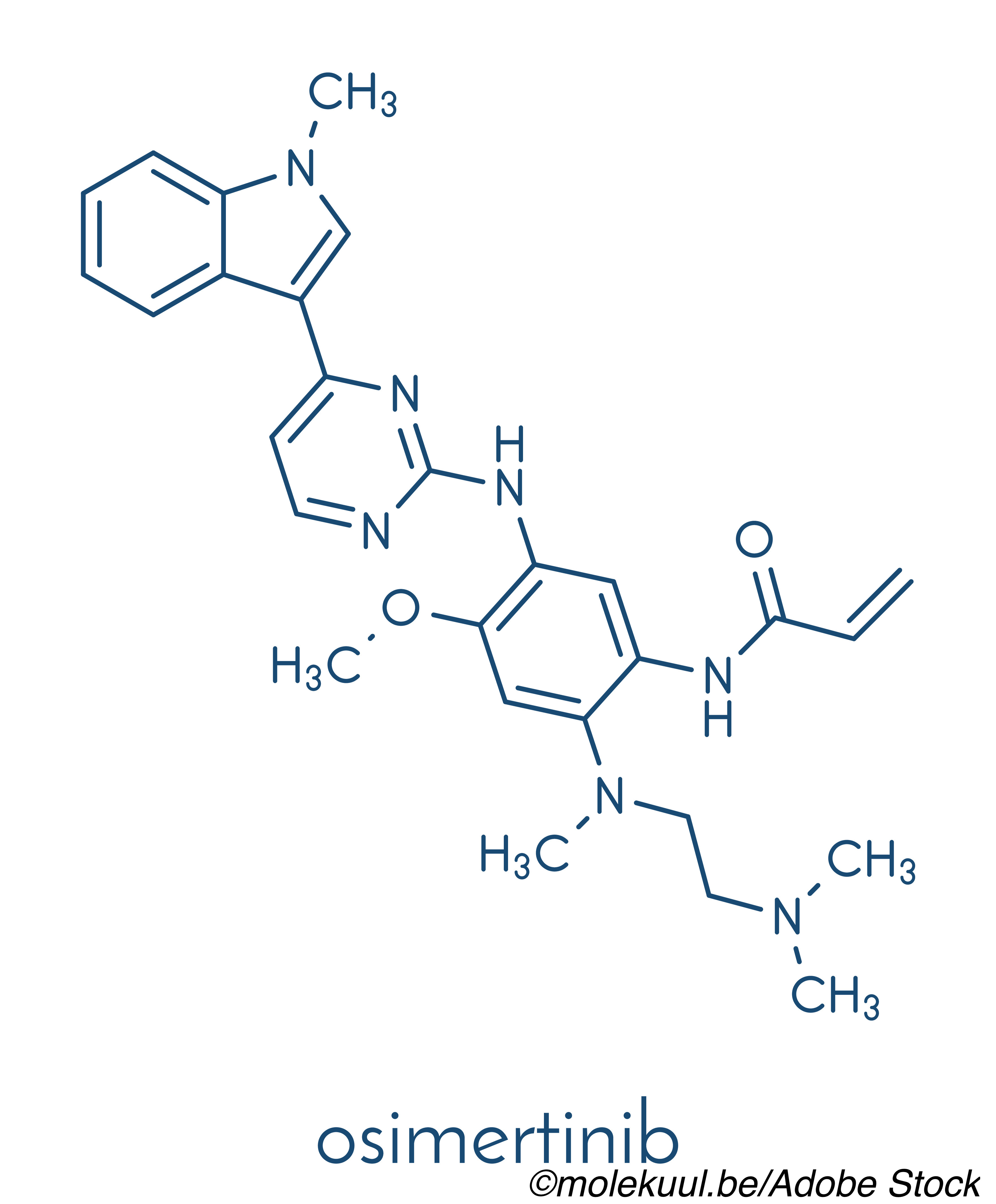 The drug, osimertinib (Tagrisso), is already approved as a firstline therapy for for patients with metastatic NSCLC whose tumors have EGFR exon 19 deletions or exon 21 L858R mutations.

“Today’s approval of osimertinib demonstrates how additional research on therapies approved in later stages of cancer can eventually improve treatment options for patients in earlier stages,” said Richard Pazdur, MD, director of the FDA’s Oncology Center of Excellence and acting director of the Office of Oncologic Diseases in the FDA’s Center for Drug Evaluation and Research.

“Osimertinib was evaluated in a randomized, double-blind, placebo-controlled trial of 682 patients with early stage non-small cell lung cancer and EGFR exon 19 deletions or exon 21 L858R mutation-positive who had undergone complete tumor removal. A total of 339 patients received osimertinib orally once daily and 343 received a placebo following recovery from surgery and standard adjuvant chemotherapy, if given. The main outcome measure was the amount of time it took for the cancer to come back or for death to occur from any cause (disease-free survival). In the overall trial population, patients who received osimertinib had an 80% decrease in chance of disease recurrence compared with patients who received a placebo.”

The most common side effects of treatment with the drug include diarrhea, rash, musculoskeletal pain, dry skin, skin inflammation around nails, sore mouth, fatigue and cough. Osimertinib “may affect the heart’s electrical system and can also cause issues such as heart failure so periodic monitoring should be conducted. [It] may also cause inflammation of the cornea”.

The FDA granted approval of Tagrisso to AstraZeneca.