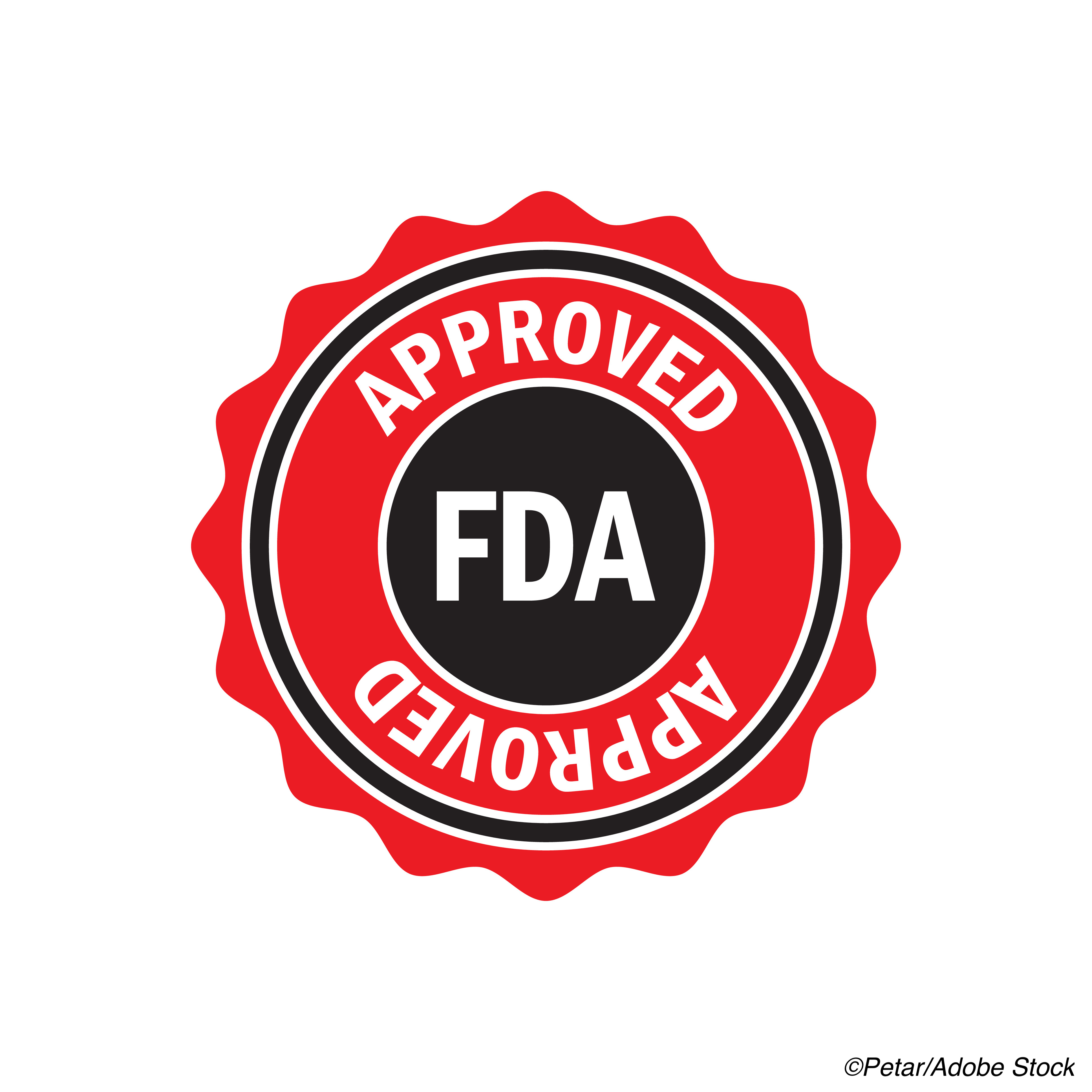 The FDA granted accelerated approved for asciminib (Scemblix) to treat adult patients with Philadelphia chromosome-positive chronic myeloid leukemia (Ph+ CML) in chronic phase (CP), as well as a full approval to treat patients with Ph+ CML in CP with a T315I mutation.

This decision was based on findings from a pair of studies: ASCEMBL and CABL001X2101.

For the multi-center, randomized, active-controlled, open label ASCEMBL trial, a total of 233 patients with Ph+ CML in CP who were previously treated with at least two TKIs were randomized 2:1 and stratified according to major cytogenetic response status to receive either asciminib 40 mg twice daily or bosutinib 500 mg once daily. “Patients continued treatment until unacceptable toxicity or treatment failure occurred,” the FDA explained. “The main efficacy outcome measure was major molecular response (MMR) at 24 weeks. The MMR rate was 25% (95% CI: 19, 33) in patients treated with asciminib compared with 13% (95% CI: 6.5, 23; P=0.029) in those receiving bosutinib. With a median duration of follow-up of 20 months, the median duration of MMR has not yet been reached.”

Asciminib is manufactured by Novartis AG.