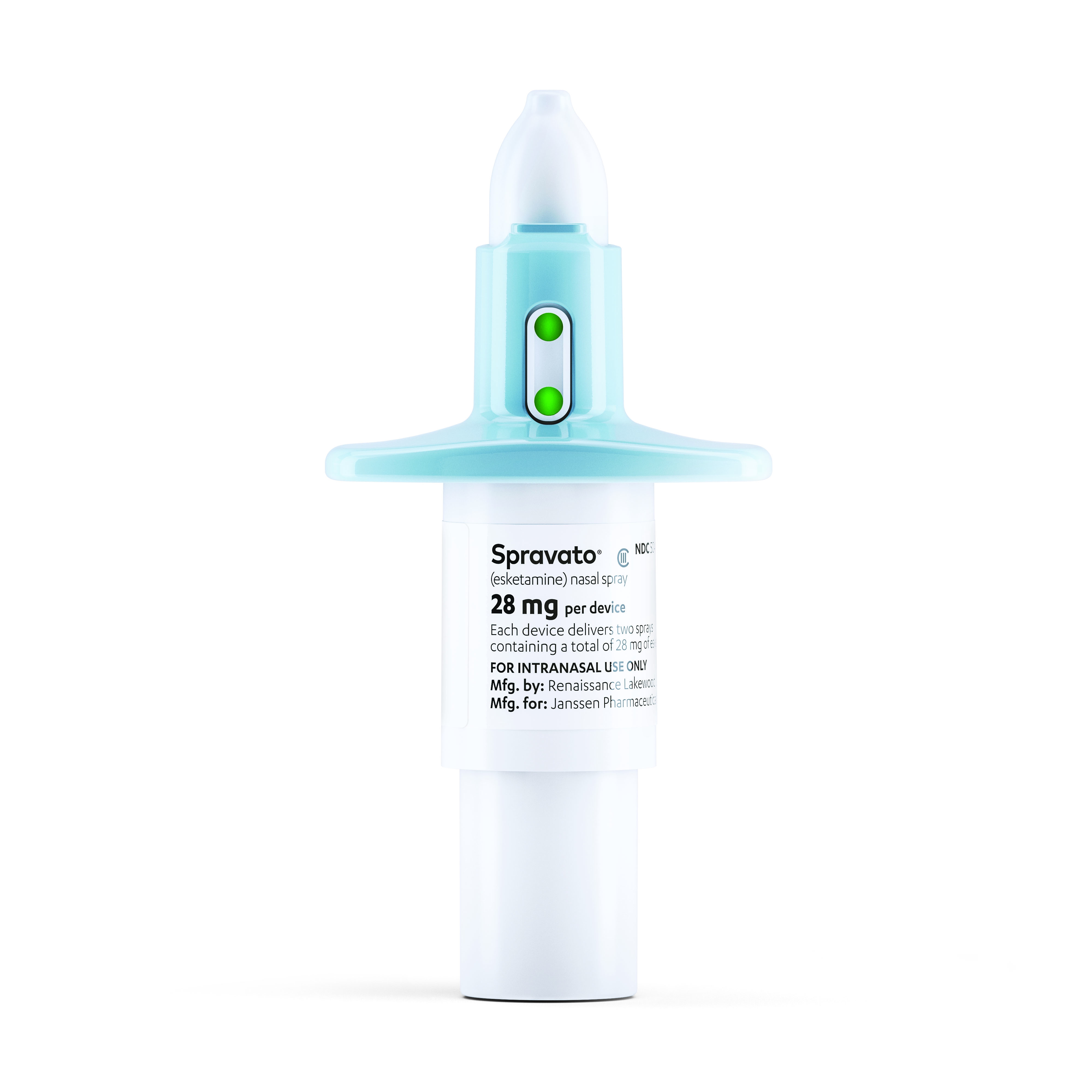 New indication based on results from ASPIRE I and II

WASHINGTON — The FDA approved a new indication for esketamine nasal spray (Spravato), in conjunction with an oral antidepressant, to treat adults with major depressive disorder (MDD) with acute suicidal ideation or behavior.

Esketamine nasal spray with an oral antidepressant was originally approved in March of 2019 to treat adult patients with treatment-resistant depression who have not responded to at least two prior antidepressant treatments. This newest indication is based on results from the ASPIRE I and II trials, in which esketamine nasal spray paired with standard care outperformed placebo in rapidly reducing symptoms of MDD in patients who had active suicidal ideation with intent, as previously reported by BreakingMED.

Esketamine nasal spray is indicated for self-administration under the supervision of a healthcare provider, who is required to monitor the patient for at least two hours following administration in case of sedation or dissociation.

“It is astonishing to me that despite what we know about the risk of serious suicidal ideation in the context of major depression, patients with suicidal ideation have previously been excluded from nearly all studies examining antidepressant treatment efficacy. There is an immense need for high quality evidence showing effective and rapid antidepressant action in this population,” said Gerard Sanacora, PhD, MD, Director, Yale Depression Research Program, Co-Director, Yale New Haven Hospital Interventional Psychiatry Service, and esketamine clinical trial investigator in a press release from the drug’s manufacturer, the Janssen Pharmaceutical Companies of Johnson & Johnson. “The clinical trials supporting this new indication provide compelling evidence that esketamine may offer clinicians a new way to provide support to patients quickly in the midst of an urgent depressive episode and help set them on the path to remission.” Sancora has received research support from Janssen and has served as a paid consultant for the company.

Esketamine nasal spray carries a Boxed warning due to risks for sedation and dissociation following administration. This is why the agency requires that patients be monitored for at least two hours by a medical professional following use. Due to these risks, as well as a potential for abuse and misuse of the drug, it is only available through a restricted distribution system under a Risk Evaluation and Mitigation Strategy (REMS). Also, note that it is not currently known if esketamine nasal spray is safe and effective for use in preventing suicide or in reducing suicidal thoughts or actions, and the drug’s safety has not been evaluated in children.

The most common side effects associated with esketamine nasal spray include dissociation, dizziness, nausea, sedation vertigo, hypoesthesia, anxiety, lethargy, increased blood pressure, vomiting, and feeling drunk. Patients who have aneurysmal vascular disease, arteriovenous malformation, a history of bleeding in the brain, and allergies to esketamine or ketamine should not take the drug.

It is recommended that following administration of esketamine patients refrain from driving or operating machinery until the next day.

CDC: About One in Five U.S. Adults Reports Tobacco Product Use

The Relation between Bigotry, racism, and Mental Health