(Reuters Health) – U.S. women rarely seek emergency treatment for complications related to an abortion, according to new study that underscores the safety of these procedures.

Researchers examined data on more than 189 million emergency department visits by U.S. women of reproductive age from 2009 to 2013. During this period, about 28,000 visits were abortion related, or just one in every 10,000 cases involving women 15 to 49 years old.

Half of the time, women who visited the emergency room after an abortion received no treatment and were sent home after a brief observation period, the study found.

Only one in five cases involved a major complication that required an overnight hospital stay, a blood transfusion or surgery.

“Perceptions that abortion is unsafe are not based on evidence,” the study authors write in BMC Medicine.

In 2013 in Texas, more than a dozen abortion clinics had to close when the state passed a law requiring doctors who perform abortions to do the procedures at ambulatory surgical centers and to have admitting privileges at local hospitals, in case of emergencies. In 2016, the U.S. Supreme Court overturned those restrictions, ruling that they “don’t benefit patients and (are) not necessary.”

“Abortion is safer than most other outpatient procedures like wisdom tooth extraction and tonsillectomies,” Upadhyay said by email. “After an abortion, when they experience symptoms such as bleeding for more days than they expect, they might go to an emergency department when such a visit may not be needed and could be managed at a less costly level of care.”

During the five-year study period, U.S. women had a total of 5.28 million abortions, the researchers estimate.

Women seeking emergency care after an abortion were 26 years old on average, the study found. About 13 percent of the visits involved women under 20.

Patients seeking abortion-related emergency care were more likely to live in low-income neighborhoods and to be insured by Medicaid, the U.S. health insurance program for the poor.

With Medicaid coverage, women were 28 percent more likely to seek emergency care after an abortion than women who had other types of insurance.

Patients with chronic medical problems were also more likely to visit the emergency department after abortions than other women.

Hospitals in the South and West had the highest proportion of abortion-related emergency department visits. And, the majority of these visits were at urban hospitals.

In about one-fifth of the cases, women were admitted to the hospital after having an abortion at that facility.

Slightly more than 1 percent of the cases involved women who may have had self-induced abortions.

The study wasn’t a controlled experiment designed to prove whether or how abortions might result in emergency complications. Another limitation of the study is that researchers relied on data from billing codes, which might not capture all of the health issues experienced by individual patients.

“The most common symptoms that prompt women to go to an ED after an abortion are bleeding, pain, and nausea,” Raymond, who wasn’t involved in the study, said by email. “Most of these women turn out not to have a serious problem.”

Serious complications can include infection, bleeding and incomplete abortion, Raymond said. The best way to avoid these problems is to seek an abortion earlier in pregnancy.

“Once you have decided to have an abortion, try to have it as soon as feasible because earlier abortions are slightly safer than later abortions and have fewer side effects,” Raymond advised. 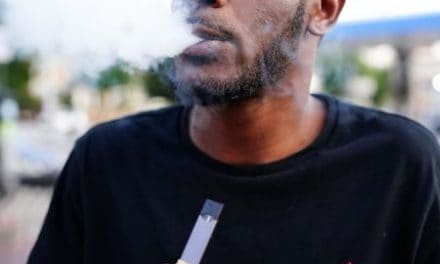