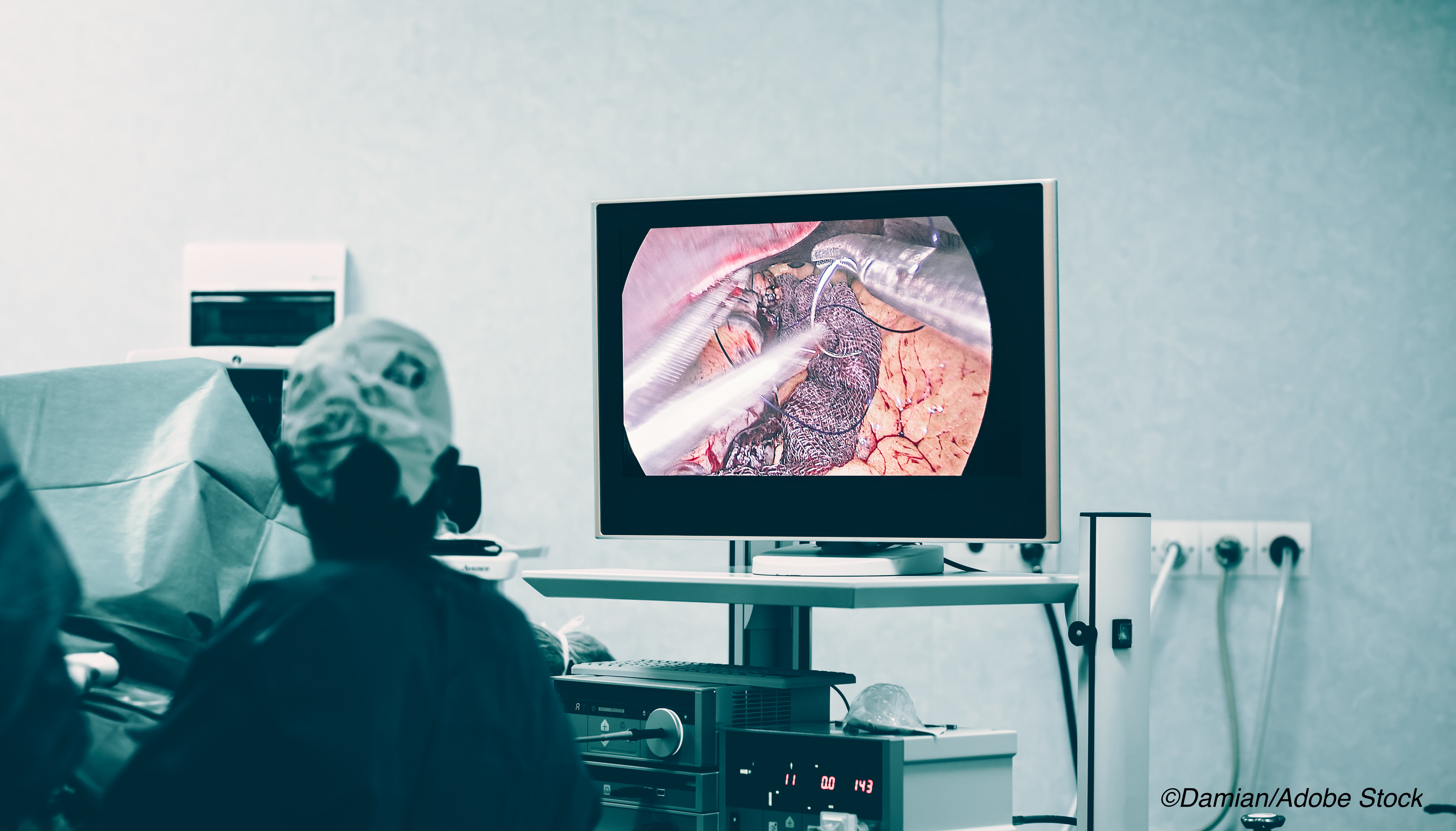 The researchers, led by Sofia Grönroos, MD, Division of Digestive Surgery and Urology, Turku University Hospital, Turku, Finland, also reported that while the two procedures were not equivalent in percentage excess weight loss (%EWL) at seven years, this difference was not clinically relevant based on the study’s prespecified equivalence margins.

Their study was published in JAMA Surgery.

The global increase in obesity in recent years — and that fact that bariatric surgery is the only effective treatment for morbid obesity resulting in sustainable weight loss — has led to an increasing number of bariatric procedures performed worldwide, currently numbering around 700,000 procedures a year. The two most common bariatric procedures are LRYGB and LSG.

Of the two, LSG has been the most frequently performed procedure since 2014 and is still showing an increase in the number and proportion of procedures; however, data on long-term weight loss and quality of life (QoL) outcomes in LSG compared to LRYGB are lacking.

Therefore, Grönroos and colleagues conducted 7-year follow-up analysis for the SLEEVE versus byPASS (SLEEVEPASS) trial, a multicenter, multisurgeon, open-label, randomized clinical equivalence trial. This trial, conducted between March 2008 and June 2010, enrolled 240 patients with morbid obesity (ages 18 to 60) who were randomized on a 1:1 basis to either LSG or LRYGB with a 7-year follow-up.

The primary outcome of the SLEEVEPASS trial was 5-year %EWL, which was defined using the following equation: (initial weight−follow-up weight)/(initial weight − ideal weight for BMI of 25) × 100%. Secondary end points included both disease-specific and general health-related quality of life, remission of obesity-related comorbidities, and overall morbidity and mortality. The study authors noted that remission of obesity-related comorbidities was reported at the 5-year follow-up and were not reported at 7 years.

At 7 years, they found that LSG and LRYGB were not equivalent in %EWL — the estimated mean %EWL was 8.7 percentage points higher in the LRYGB group than the LSG group, the study authors reported. “Although weight loss after LRYGB was statistically greater compared with LSG, the difference was not clinically relevant with respect to the predefined 95% CIs and equivalence margins,” they noted.

The overall complication rates for LSG and LRYGB were 24.0% and 28.6%, respectively. There were no cases of treatment-related mortality or mortality from other causes reported in either of the 2 groups.

As for disease-specific QoL, as measured by the Moorehead-Ardelt Quality of Life questionnaire, the authors found no statistically significant difference between the LSG and LRYGB groups. The same held true for general health-related QoL.

In a commentary accompanying the study, Grace F. Chao, MD, MS, Oliver A. Varban, MD, and Amir A. Ghaferi, MD, MS, all of the University of Michigan, noted that these results suggest that either weight loss differences were not significant enough to impact disease-specific QoL or both procedures met the same threshold for improvement. They suspected that “variation in expected versus actual weight loss after surgery could influence how satisfied patients were with their surgical outcome and also how they scored their health-related QoL.”

Chao, Varban, and Ghaferi also pointed out that the trial would have benefited from measuring satisfaction scores after surgery. This, they wrote, “would have provided additional insight on the effect of patient-specific weight loss expectations on QoL measures. Future studies evaluating variation in observed to expected weight loss outcomes can prove to be helpful in this regard.”

Chao, Varban, and Ghaferi further noted that the ideal bariatric procedure may depend on both the clinical outcome being measured and a patient’s goals. “To that end, this study adds much-needed data to the conversation about the effect of bariatric surgery on QoL measures, which may represent the most important outcome for some patients,” they concluded.

Grönroos reported receiving grants from the government research foundation (EVO) during the conduct of the study.