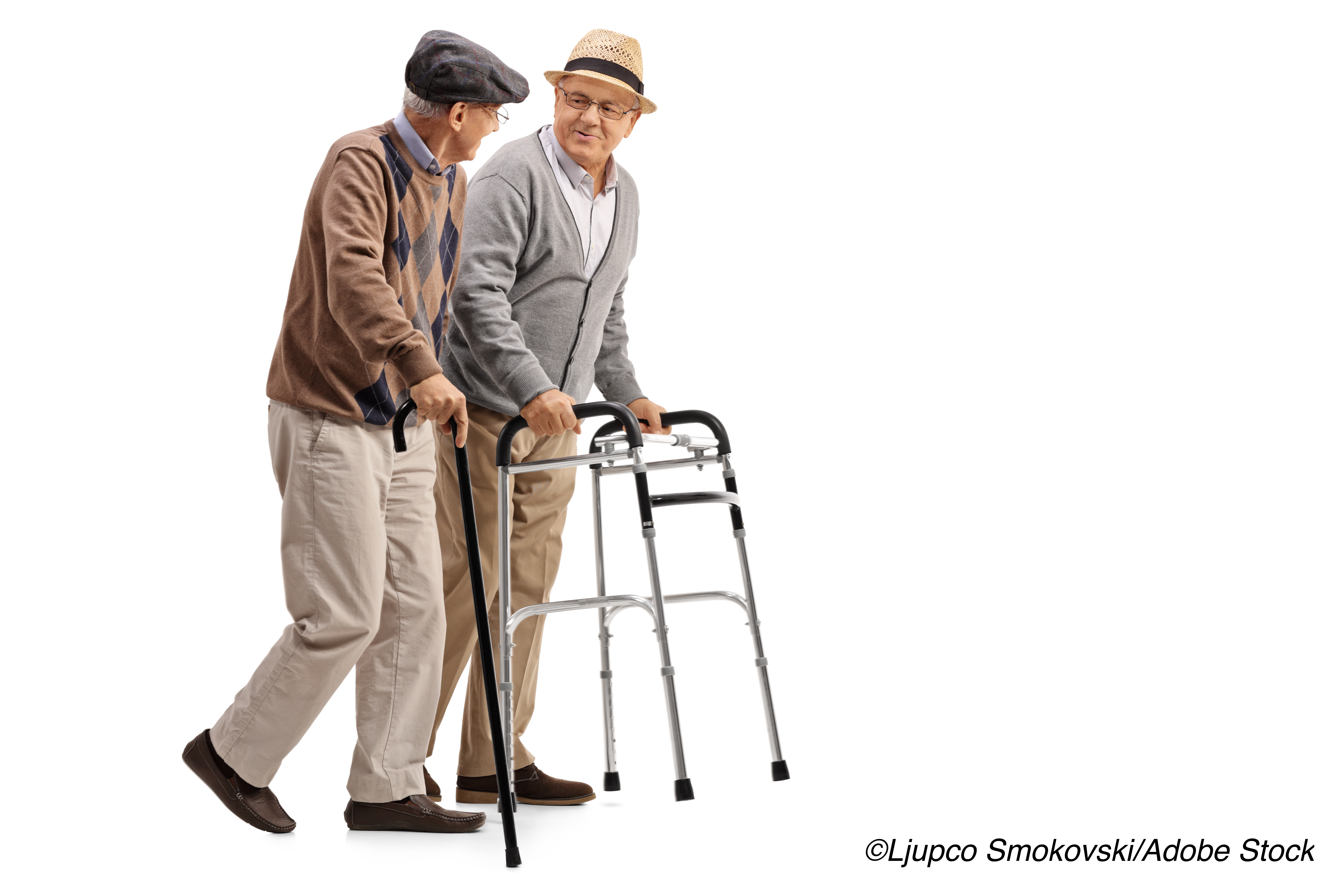 As hearing goes, so goes function, according to a cohort study of community-dwelling older adults, which found an association between hearing impairment and poorer physical function and walking endurance, as well as declines in physical functioning over time.

“These associations were graded in general, with stronger associations among individuals with worse hearing,” Pablo Martinez-Amezcua, MD, PhD, from the Department of Epidemiology, Johns Hopkins Bloomberg School of Public Health, Baltimore, Maryland, and colleagues reported in JAMA Network Open. “The differences in gait speed and walking endurance between participants with severe hearing impairment versus those with normal hearing (−0.05 and −5.3 m) were clinically meaningful according to previous literature. Collectively, these findings suggest that individuals with hearing impairment may be at greater risk for physical function limitations.”

These findings, however, also suggest that “because hearing impairment is a prevalent but treatable condition, it may be a target for interventions to slow the decline of physical function associated with aging,” the study authors suggested.

“Hearing difficulty impairs communication and alters the auditory cues that are important for safely moving in one’s environment,” Willa D. Brenowitz, PhD, MDH, from Department of Psychiatry and Behavioral Sciences, and Margaret I. Wallhagen, PhD, GNP-BC, Department of Physiological Nursing, both at the University of California, San Francisco, wrote in an accompanying invited commentary. “Given the impact on communication, hearing impairment is thus, not surprisingly, associated with a range of psychosocial factors, including interpersonal challenges, loneliness, depression, and quality of life. Hearing health research has focused on these consequences as well as on the intriguing association of hearing impairment with cognitive functioning and dementia. Physical health outcomes have been less commonly addressed in connection to hearing loss, especially in contrast to visual impairments. However, prior work has established hearing loss as a potential risk factor for falls, and a few studies have found associations with physical activity and overall measures of physical functioning… The findings in the study by Martinez-Amezcua et al expand on prior work to demonstrate associations with balance, gait speed, and walking endurance, which may indicate that hearing loss affects these components of lower extremity function the most. Although not directly examined in their study, the association between hearing loss and worse balance or walking ability may help to explain some of the association with falls.”

Martinez-Amezcua and colleagues undertook a cross-sectional and longitudinal analysis of data culled from the 2011-2019 Atherosclerosis Risk in Communities study, which is a population-based study of community dwelling adults at four sites in the U.S., to see if there was an association between hearing impairment and poorer physical function.

“A composite score of 6 or less and a score for each component (balance, gait speed, and chair stands) of 2 or less indicated poor performance,” the study authors wrote. “Walking endurance was assessed using a 2-minute fast-paced walk test.”

Interestingly, the study authors noted that they did not find differences in physical function or walking endurance with hearing aid use. “Participants who used hearing aids had higher socioeconomic status (associated with better physical function), but worse hearing, and they were older (associated with poorer function),” Martinez-Amezcua and colleagues wrote, but also pointed out that hearing aid use by participants in the study was based on self-reports and “did not characterize use patterns.”

Limitations of the study include the fact that hearing was tested at visit 6 whereas physical function assessments were done at earlier visits. They also pointed out that there could have been residual confounding in variables that were not measures such as cardiovascular disease and vestibular function. They also noted that 20% of the participants were lost to follow-up.

Martinez-Amezcua reported receiving sponsorship from the Cochlear Center for Hearing and Public Health, Johns Hopkins Bloomberg School of Public Health during the conduct of the study.

Wallhagen reported previously serving as a nonpaid member of the board of trustees of the Hearing Loss Association of America and currently serving as a unpaid member of the board of the Hearing Loss Association of America–California and receiving funding for a pilot project on the impact of hearing loss on communication in the context of chronic serious illness from the National Palliative Care Research Center outside the submitted work.