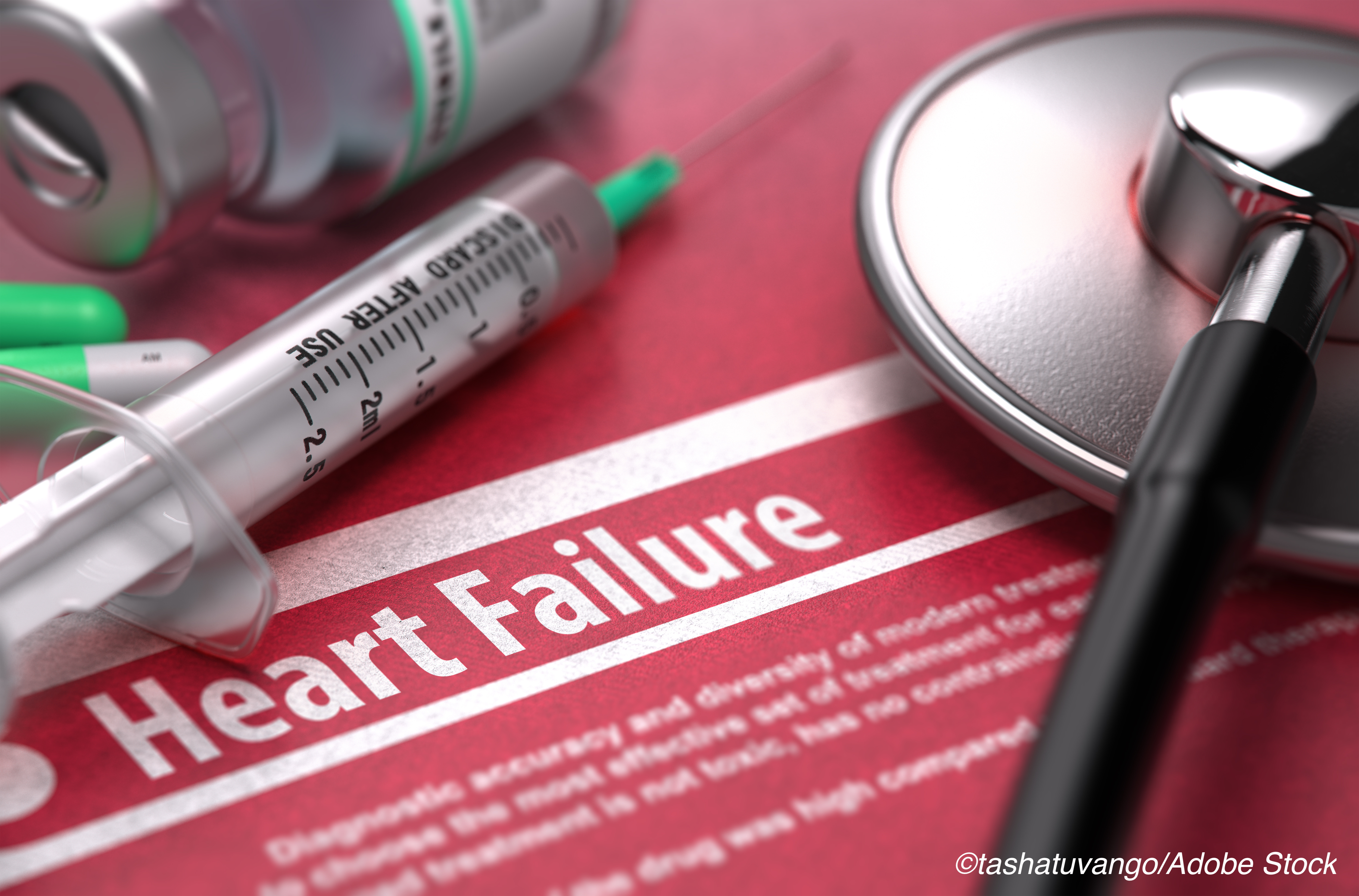 Proteomic signatures of heart failure (HF) in relation to left ventricular ejection fraction (LVEF) may give clinicians a superior way to identify clinical phenotypes of patients with HF, researchers reported.

In their registry-based study, Douglas L. Mann, MD, of the Center for Cardiovascular Research at Washington University School of Medicine in St. Louis, and co-authors identified three LVEF categories in age/sex-matched patients:

Using a high-content aptamer-based proteomics platform, “We found that patients with HFrEF, HFmrEF, and HFpEF had unique variations in circulating proteins that reﬂected distinct biological pathophysiologies,” they wrote in the Journal of the American College of Cardiology.

While Mann’s group stated that “The results of this study demonstrate that it is feasible to use multiplex aptamer proteomics to identify distinct proteomic signatures” in HF patients, they also cautioned that “The current work is hypothesis generating, and it should be viewed as a ﬁrst step toward potential deeper phenotyping of patients with HF that goes beyond the conventional assessment of LVEF.”

In the conventional management of HF patients, EF “has become sacrosanct in categorizing the patient’s phenotype,” noted Peter P. Liu, MD, of the University of Ottawa Heart Institute in Ottawa, Ontario, Canada, and co-authors in an editorial comment accompanying the study.

Results from the current trial “showed the existence of differential, dominant protein signatures among the different EF groups,” they pointed out. HFpEF patients in particular are important because previous research has “called to attention the neglected rising number of patients with HFpEF in the community and their associated adverse outcomes,” Liu and co-authors added.

They declared that “using EF to phenotype HF patients is fraught with problems” because EF “lacks the pathophysiological foundation to specify treatment.” The new data from Mann’s group, plus longstanding data from “therapeutic trial…based on the classic deﬁnition of HF groups,” puts clinicians at a “crossroads” for patent management.

One road clinicians could take, according to Liu’s group: “A tiered approach using high levels and extremes of EF as an initial guide to identify patients with extremes of remodeling.” For example, for patients with EF between 25% and 65%, “as many potentially reversible causative factors should be pursued” — such as rhythm or heart rate control, identifying ischemia — “to mediate reverse remodeling toward nature’s optimum EF of approximately 50%.”

Liu and co-authors added that “those steps should be combined with strategically developed and validated sentinel biomarkers (e.g., based on proteomic data as demonstrated in the present study), representing the critical biological pathways that may be amenable to treatment toward precision medicine.”

The authors used the Slow Off-rate Modiﬁed Aptamer (SOMAscan) assay “to interrogate the blood proteome of age- and sex-matched patients with HF within different LVEF groups. Patients were identified through the Washington University Heart Failure Registry (n=173). Overall, patients were about age 55 years, 73% were white, and 58% were male. Common cardiovascular conditions were hypertension (55%) and dyslipidemia (44%). Half had an implanted cardiac device while 55% were New York Heart Association functional class II. The majority (86%) were taking beta blockers. and more than three-fourths had non-ischemic etiology.

The authors reported that there was a <10% overlap between plasma proteomic proﬁles of ischemic versus non-ischemic patients, regardless of EF status, which they called “An unanticipated ﬁnding.” Also, growth factor signaling was more common in ischemic than in non-ischemic HF.

They also found that the proteomic signatures for HFrEF and HFpEF were different, which was “consistent with the prevailing view that these 2 different classiﬁcations of HF have different underlying pathophysiologies and respond differently to medical therapies.”

Study limitations included the relatively small patient population from a single center, and the fact that the subgroups were not perfectly matched in terms of medical therapy, so “we cannot exclude that the differences in serum proteome proﬁle were, at least in part, the result of differences in medical treatment among the different groups,” the authors wrote.

Still, they noted that the findings were in line with those from previous research, such as the BIOSTAT-CHF study and the PROTECT-1 study. One major difference between those studies and the current one, according to Liu’s group: “the SOMAscan platform…evaluating >1,100 proteins, permitted a much more comprehensive pathway analysis and more conﬁdent segregation of subgroups, such as the ischemic or recovered cohorts.”

The study was supported by the NIH, the Department of Medicine at Washington University School of Medicine, and The Barnes-Jewish Foundation.

Mann reported no relationships relevant to the contents of this paper to disclose.. Co-authors reported support from, and/or relationships with, K08 HL1945108, CompBio, and PercayAI.