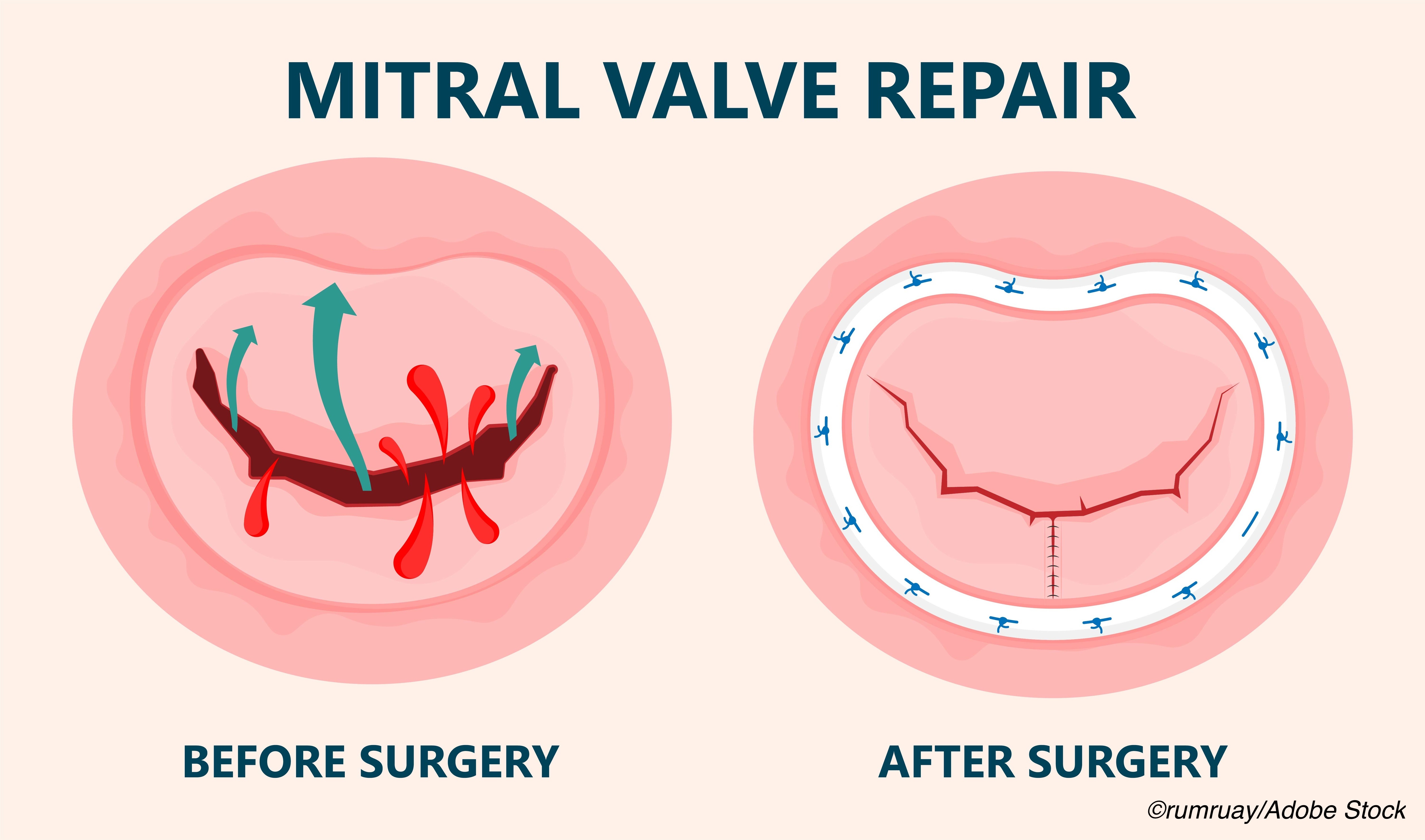 Continual positive outcomes back device use in COAPT follow-up

Patients who underwent TMVr also saw three-year improvements in MR severity, quality-of-life (QOL) measures, and functional capacity, and those patients who crossed over to the device arm also saw a reduction HF hospitalization, they added.

Results from the 2018 COAPT trial led to the FDA approval of the MitraClip TMVr system for treatment of functional MR. “The present analysis extends [COAPT findings], demonstrating that through 36 months, TMVr continued to be safe and provided a durable reduction in MR, which resulted in fewer HF [hospitalizations] and deaths, with improved QOL and greater preservation of functional capacity compared with GDMT alone,” Mack’s group wrote.

Since the FDA green light, the TMVr market has taken off, with a value of a little over $250 million in 2019, a forecast value of $1.4 billion by 2028, and “neither the United States nor global [TMVr] market will be hugely impacted by the coronavirus (Covid-19) pandemic,” according to a report in Medical Product Outsourcing.

According to results from the EXPAND registry-based trial, outcomes with the next-generation MitraClip NTR and XTR systems compared favorably with those seen in the original COAPT study. In January 2021, the Centers for Medicare and Medicaid Services (CMS) extended reimbursement to include secondary (functional) MR resulting from HF. CMS renamed the TMVr National Coverage Decision to cover “mitral valve Transcatheter Edge-to-Edge Repair” for people with secondary MR who remain symptomatic despite GDMT.

In an editorial comment accompanying the current study, Jeremiah P. Depta, MD, MPHS, of the Sands Constellation Heart Institute, Rochester Regional Health in New York, and Deepak L. Bhatt, MD, MPH, of Brigham and Women’s Hospital Heart & Vascular Center in Boston pointed out that “A unique design of the COAPT trial was the prespeciﬁed analysis of patients randomized to GDMT alone who were allowed to crossover and undergo TMVr using the MitraClip at 24 months… MR was signiﬁcantly reduced in patients who crossed over to the MitraClip.”

Depta and Bhatt praised Mack’s group for addressing the “inherent survivor bias” in these crossover patients by landmarking them “at the time of TMVr treatment (median follow-up: 7.7 months)… a time-dependent multivariable analysis revealed that crossing over to MitraClip was independently associated with freedom from death or heart failure hospitalization.”

COAPT randomized 614 patients with HF with moderate-to-severe or severe secondary MR, who remained symptomatic despite maximally tolerated GDMT, to two arms: TMVr plus GDMT versus GDMT alone. The study’s primary effectiveness endpoint was all HF hospitalizations through 24-month follow-up; Mack and co-authors reported on patients followed for 36 months.

They reported that among 58 patients assigned to GDMT alone who crossed over to TMVr, the subsequent composite rate of mortality or HF hospitalization was reduced versus those who continued on GDMT alone (adjusted HR 0.43, 95% CI 0.24 to 0.78, P=0.006).

Also, TMVr substantially cut the severity of MR compared with GDMT, with lasting effects for MR grade of ≤2+, and led to lower rates of multiple adverse events versus GDMT including:

Mack’s group highlighted that “The absolute reduction of adverse events with TMVr in the COAPT trial (as reﬂected in the low NNT) was especially notable because all patients were treated with a maximally tolerated GDMT regimen. “

In terms of study limitations, the authors were in line the editorialists, noting that “many patients assigned to GDMT alone died before reaching the 2-year eligibility time point for MitraClip treatment, introducing the potential for survivorship bias in the outcomes of crossover patients,” but stressed that “the relative magnitude of beneﬁt after late crossover in the GDMT alone group appeared to be similar to earlier treatment with the MitraClip in the unselected COAPT-eligible population in the device arm.”

They added that results from 5 years of follow-up in COAPT will shed light on “the durability of TMVr treatment in this patient population.” In the meantime, the authors advised that “COAPT-eligible patients with HF who remain symptomatic after medical therapy optimization should be considered for early MitraClip treatment to improve event-free survival.”

The study was supported by Abbott.