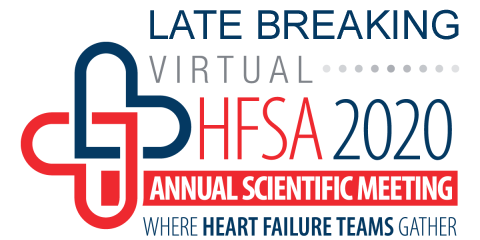 A unique treatment for a distinct group of HFrEF patients

As the list of so-called foundational treatments for reduced ejection fraction heart failure (HFrEF) expands to include four classes of agents (beta-blockers, RAAS inhibitors [ACEi/ARB/ARNI], MRA, and SGLT2 inhibitors), waiting in the wings is a novel drug in a fifth class — soluble guanylate cyclase stimulators — leaving many clinicians wrestling with a fundamental issue: how does one choose the optimal therapy?

Briefly, the trial was reported earlier this year at the American College of Cardiology virtual meeting and simultaneously published in The New England Journal of Medicine.

The trial enrolled more than 5,000 patients with worsening HFrEF — defined as a recent heart failure hospitalization — or who required outpatient use of IV diuretics and an elevated NT-proBNP. The majority were NYHA class III.

In July, the FDA granted vericiguat priority review and set Jan. 20, 2021 for action under the Prescription Drug User Fee Act.

Where does it ’fit’?

At the HFSA session, VICTORIA investigator Javed Butler, MD, Patrick H. Lehan Chair of Cardiovascular Medicine at the University of Mississippi in Jackson, made the case that vericiguat will be a good fit for the HFrEF armamentarium because it targets a specific population whose needs are not well met by drugs already approved.

The patients with chronic heart failure in the outpatient setting, Butler explained, are already well served, as demonstrated by results from PARADIGM-HF, DAPA-HF, and most recently EMPEROR-Reduced. He also pushed back against those who would say he was “splitting hairs,” noting that patients with worsening heart failure have a different disease trajectory than the chronic HF patients.

“Nobody can argue against that, once you do develop worsening heart failure, these patients have a completely different trajectory of the disease and a much worse prognosis. And, this much worse prognosis definitely makes this a separate group that really requires more therapies.”

Butler said the mortality risk for these patients is so great that at 2 years, about a quarter of them will not be alive.

“What may come to some people as a surprise, and these are some of the data from Medicare population by Chen, Krumholz and colleagues… The average length of stays are about four and a half (4.8) days. And remember, these are all comers. These are not academic medical centers… These are all comers — hundreds of thousands of patients — a snapshot over 10 years. But if you look at the mortality within one year. Within one year, about a quarter to a third of the patients (about 30%) will not be with us within one year. This is a completely different trajectory of the disease for patients [with] worsening heart failure as opposed to not only outpatient heart failure,” Butler said.

He concluded that the likely population for vericiguat therapy, in his opinion, are “patients who develop worsening heart failure on standard medical therapy that meet the criteria for VICTORIA… patients who are unable to tolerate optimal medical therapy, perhaps, may benefit as well.”

On the other hand…

Uri Elkayan, MD, of the University of Southern California, who served as an independent discussant for the session, noted that there are recognized issues for new drugs in the heart failure world.

“I agree again with Dr. Butler that the drug may be most beneficial in patients with severe symptomatic heart failure, and those with multiple hospitalizations for decompensation in spite of appropriate use of guideline-directed medical therapy, any patient not tolerating other drugs especially due to deterioration of renal function electrolyte abnormalities and bradycardia,” he said.

But Elkayan had a number of reservations.

“Similar to other global studies, the study has major important limitations. From the standpoint of the American clinician, only a minority of the patients included in the study were recruited in the United States, and representation of African-American patients was limited to only 5%.”

The findings, he said, are more likely to apply to patients in Eastern Europe and Asia-Pacific countries.

“It is therefore a legitimate question about the applicability of the results to patient in the United States, which will have to remain unanswered,” Elkayan said. “The potential effect of vericiguat in African-Americans is of special interest because of the robust effect of organic nitrates on morbidity and mortality of African-American patients with symptomatic HFrEF. Because the use of organic nitrates was not allowed in the VICTORIA trial, the potential benefit or detriment of vericiguat in the African-American patient deserves further investigations.”

Looking to the future, Elkayan asked, “Will vericiguat achieve widespread use? The recent experience with ARNI and SGLT2 inhibitors has been discouraging and has demonstrated that the introduction of new drugs to an already long list of drugs taken by patients with HFrEF is low and slow, even if great benefits are demonstrated. This is an uphill battle, particularly due to concerns by clinicians and patients alike about polypharmacy, which results in reduced compliance and inability to achieve therapeutic doses of other important and life-saving medications. In addition, the high costs of new drugs and the time consuming process of approval and authorization of expensive drugs by the different payers have resulted in slow penetration of new drugs like sacubitril/valsartan, ivabradine and the new potassium binders — the same reasons are likely to affect the use of vericiguat.”

The VICTORIA trial was funded by Merck Sharp & Dohme (a subsidiary of Merck) and Bayer.

Elkayam had no disclosures.