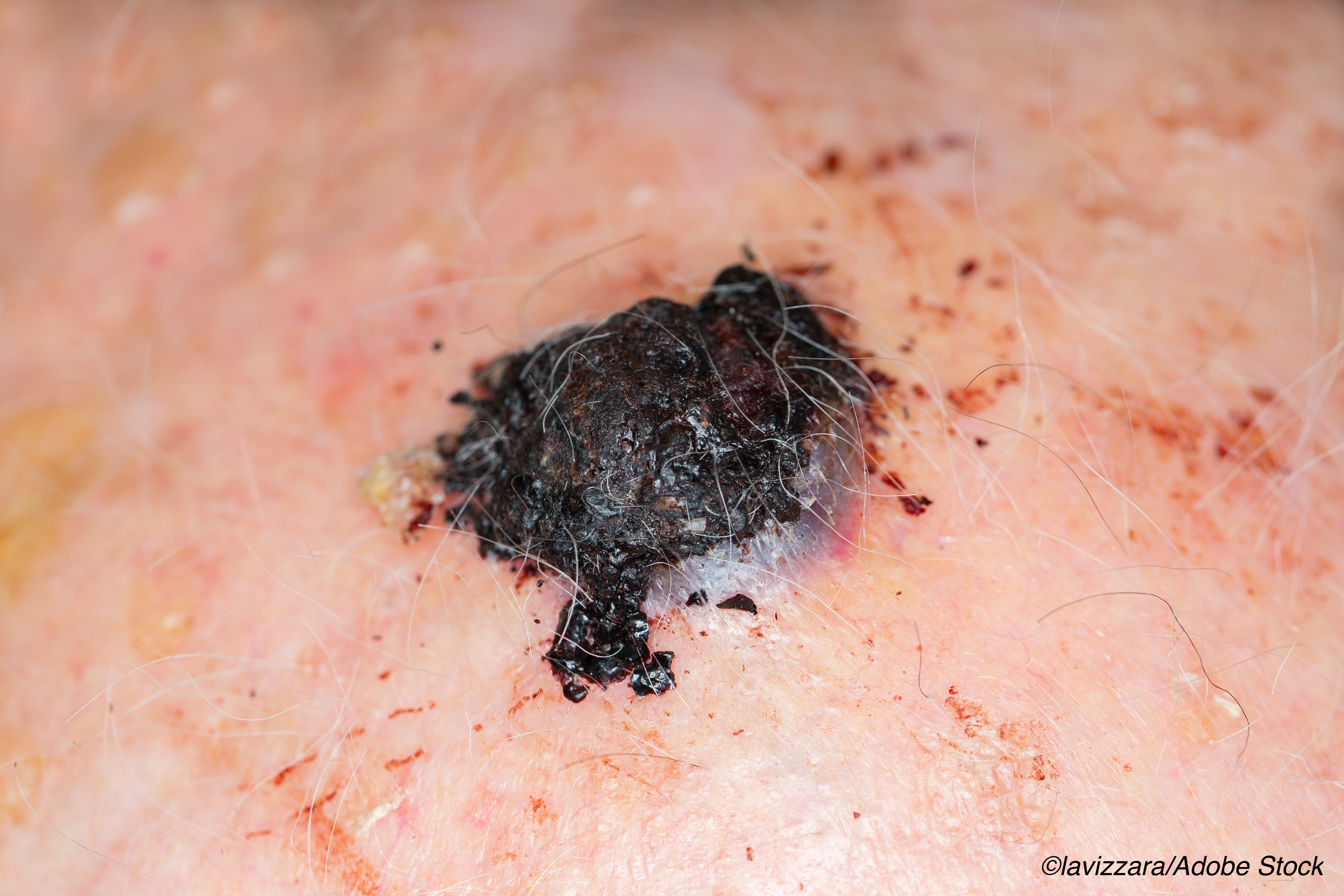 Structured surveillance programs for patients at very high risk of melanoma had consistent and sustainable benefits over time and may be implemented on a larger scale, including in primary care skin cancer clinics, an Australian prospective cohort study Found.

In a cohort of 593 patients, 19.2% had one or more new melanomas over a median follow-up of 2.9 years (interquartile range (IQR), 1.9-3.3 years) while 36.1% had one or more nonmelanoma skin cancer lesions, lead author Anne Cust, MPH, The University of Sydney, New South Wales, Australia, and colleagues reported in JAMA Dermatology.

Indeed, the risk of developing a new melanoma was 9% a year in the first two years of follow-up and increased with time, especially among patients with multiple primary melanomas, as researchers noted.

Slightly over two-thirds of the melanomas were detected as melanomas in situ.

Almost all melanomas (96%) had a Breslow thickness of 1 mm or less while only 4.1% of melanomas detected in the entire cohort were thicker than 1 mm.

Two-thirds of all melanomas were detected with the help of either total body photography (TBP) or sequential digital dermoscopy imaging (SDDI), investigators added, and the great majority of the melanomas detected in the cohort were detected by clinicians, not by patients themselves.

Patients attended one of four high-risk clinics, three of which were dermatology clinics and one of which was a primary care skin cancer clinic. Some 546 patients out of the cohort had multiple primary melanomas while 332 of them had a previous melanoma. The median age at first visit to a high-risk center was 58 years (IQR, 47-66 years) and participants had a median of 2.7 clinic visits (IQR, 2.3-3.2 visits) per year.

“A clinician conducted a full-body skin examination every six months with the aid of a handheld dermoscopy device and a comparison of the skin with baseline TBP [was made],” the authors explained.

During follow-up surveillance, 1,513 lesions were excised, out of which 11.3% were melanomas, 45.6% were non-melanoma skin cancers, and 27.1% were benign melanocytic lesions. The remaining 15.5% were benign nonmelanocytic lesions. Across the four centers combined, the overall benign to malignant excision ratio was consistently low at 0.8:10 while the benign melanocytic to melanoma excision ratio was also low at 2.4:1.0. The melanoma in situ to invasive melanoma ratio was again low at 2:2:1.0 the investigators noted.

Melanomas were most likely to occur on the trunk, upper limbs, and shoulders. Indeed, two-thirds of the melanomas detected in the cohort were found because of changes on TBP or SDDI, suggesting the lesions were biologically active, the authors explained.

As the authors acknowledged, one concern surrounding the increased use of surveillance, such as that offered in the current study, is the risk of overdiagnosis and overtreatment, especially for in situ melanoma. However, as they have shown previously, fewer excisions are done in high-risk clinics than are done in usual care, suggesting that the harm associated with overdiagnosis in these clinics is likely lower than the benefits of attending a high-risk clinic.

“[N]early everyone in this cohort had a previous melanoma which is consistently a strong predictor for developing a subsequent melanoma… and close surveillance is recommended,” investigators pointed out, adding however, that patients at average or low risk for melanoma may be less likely to benefit from an intensive surveillance program.

Commenting on the findings, Laura Ferris, MD, PhD, University of Pittsburgh School of Medicine, Pittsburgh, noted that the level of melanoma detection as reported by these four high-risk centers is “exceptional” and a testament to the value of intense surveillance enhanced by technology. Nevertheless, Ferris asked whether or not such sophisticated detection technology is essential to achieve these kinds of results.

In an earlier retrospective review, 22% of patients diagnosed as having a melanoma between 1996 and 2002 without the use of either TBP or SDDI had a third primary melanoma during a median follow-up of 2.2 years and over half of these third primary melanomas were melanomas in situ. Only 6% of the third melanomas detected in the same study were thicker than 1 mm, Ferris also pointed out.

“Given the strong association of melanoma thickness with prognosis, it is tempting to conclude that an intervention that results in finding more thin melanomas will also result in fewer melanoma-associated deaths,” Ferris wrote. “Although this makes sense intuitively, it has yet to be definitively established as an outcome of screening.”

Ferris also stressed that when considering the value of high intensity screening, it is important to weigh both the benefits and the possible harms from such an approach.

“Despite sharp increases in incidence rates in melanoma both in the U.S. and Australia, a commensurate change in mortality has not been detected,” Ferris noted—raising a concern that the identification of increasing numbers of lesions that meet the criteria for melanoma would not have harmed the patient had they been left alone. Another potential harm of this level of screening intensity is that it may result in an unacceptably high rate of biopsies of benign lesions, Ferris added, although this did not appear to occur in the current study.

“While it remains to be seen whether the intensity of surveillance studied in this cohort represents a high-value strategy for managing patients with multiple melanomas, it is unlikely to be the best approach for improving melanoma outcomes in other populations,” Ferris noted. “[E]fforts aimed at melanoma prevention are likely to be more effective and less costly at a population level than early detection through screening.”

The study was funded by a grant from the Centre of Research Excellence in Melanoma.

Cust had no conflicts of interest to declare.