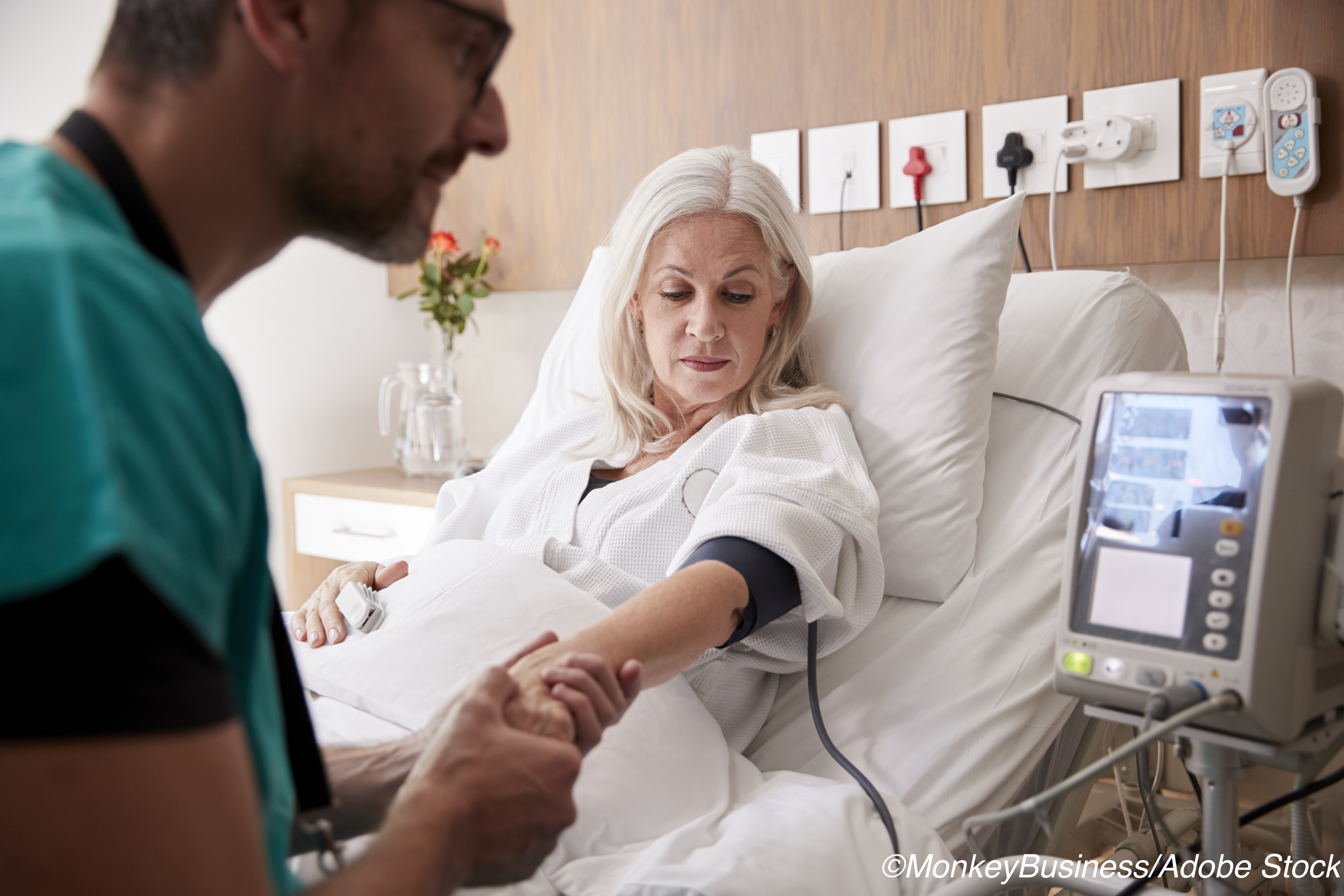 But post-hoc analysis suggests interventional trial may be needed

Higher mean arterial pressure (MAP) targets with additional use of inotropes and vasopressors in patients who had shock after cardiac arrest was associated with smaller myocardial injury, a pooled post-hoc analysis suggested.

The report combined data from the Neuroprotect and COMACARE trials, including a total of 120 patients with acute myocardial infarction (AMI) and shock after cardiac arrest who had been randomized to MAP targets of 65 mm Hg versus 80/85-100 mm Hg during the first 36 hours after admission.

The primary endpoint, myocardial injury as assessed by the area under the 72-h high-sensitive cardiac troponin T (hs-cTnT) curve, was lower in patients treated to the higher MAP target (n = 58, median 1.14 mg 72 h/l) compared with those with the lower target (n=62, 1.56 mg 72 h/l; P= 0.04), reported Koen Ameloot, MD, of Ziekenhuis Oost-Limburg in Genk, Belgium, and co-authors.

Higher doses of norepinephrine (P=0.0004) and dobutamine (P=0.01) did not increase the risk of a new cardiac arrest (P=0.88) or atrial fibrillation (P=0.94) in the higher target group, compared with patients who had the lower target, they wrote in Journal of the American College of Cardiology.

Good outcome, defined as 180-day cerebral performance category score (CPC) of 1 to 2 (minor to moderate disability) did not differ between low and high target groups.

“In post-cardiac arrest patients with shock after AMI, targeting a MAP between 80/85 and 100 mm Hg with additional inotropes and vasopressors during the first 36 hours of ICU stay was associated with lower hs-cTnT values, suggesting smaller myocardial injury,” Ameloot and colleagues wrote.

“Future interventional trials are warranted to establish the optimal vasoactive drug regimen and the possible effect on clinical outcomes in resuscitated and non-resuscitated patients with shock after AMI during normothermia,” they added. “Meanwhile, our data should be considered hypothesis-generating.”

“The investigators should be complimented for highlighting a possible unexpected benefit of increasing MAP targets in the out-of-hospital cardiac arrest population. However, despite the current report, the deleterious consequence of escalating vasopressor use will concern many cardiologists,” noted Venu Menon, MD, of Cleveland Clinic in Ohio, in an accompanying editorial.

“Adverse consequences of escalating vasopressors include increasing oxygen demand and afterload, worsening and provocation of ischemia, arrhythmogenicity, and direct myocyte toxicity,” Menon added. “The lack of harm seen with increasing norepinephrine use in this report is reassuring but is possibly due to the completeness of revascularization and as a consequence of ongoing hypothermia. A similar target MAP of 85 mm Hg was not associated with improved survival in sepsis but was associated with increased rates of atrial fibrillation. Caution should be advocated in extrapolating these data to patients with un-revascularized coronary artery disease.”

Balancing the risk of under- and over-treatment remains the critical question, the researchers observed: “The optimal level of pharmacologic support that balances coronary perfusion, afterload, myocardial oxygen consumption, and arrhythmogenic risk remains unknown.”

Both trials randomized adults with post-cardiac arrest patients to conventional (>65 mm Hg) versus higher (80/85 to 100 mm Hg) MAP targets during the first 36 hours of ICU stay, and both found neutral effects on their primary neurologic outcomes. All patients had guideline-based post cardiac arrest care including targeted temperature management at 33°C or 36°C for 24 hours. High-sensitivity cTnT was measured at admission and 24, 48, and 72 hours in all included patients and as clinically indicated. Presenting rhythm was shockable in 100% of included COMCARE patients and 78% of the Neuroprotect cohort.

All patients had AMI, either ST-segment elevation myocardial infarction (STEMI) or a non-STEMI; STEMI occurred in 85% of the low-target group and 79% of the high-target group. All had coronary angiography within 2 hours of admission, and a clear culprit lesion with 70% or more stenosis and plaque disruption. Shock was defined as requiring vasopressors to maintain assigned MAP targets at any time.

At 180 days, the percent of patients in the high- and low target groups with CPC scores of 1-2 were 64% and 53%, respectively, while 180-day all-cause mortality was 36% versus 40%. Neither outcome differed significantly between the groups.

Other endpoints included new-onset atrial fibrillation and recurrent cardiac arrest within 36 hours, which were similar in the high- and low-target groups.

Limitations include the possibility of bias by unknown confounders with incomplete randomization in the combined post-hoc analysis: “Potential differences with respect to ischemic preconditioning, microcollaterals, wall stress, and blush grade cannot be fully excluded,” the researchers noted.

Although previous work has shown good correlation between area under the 72-h cTnT curve and infarct size on MRI and PET scans, the biomarker does not allow estimation of myocardial salvage relative to the area at risk, they added.