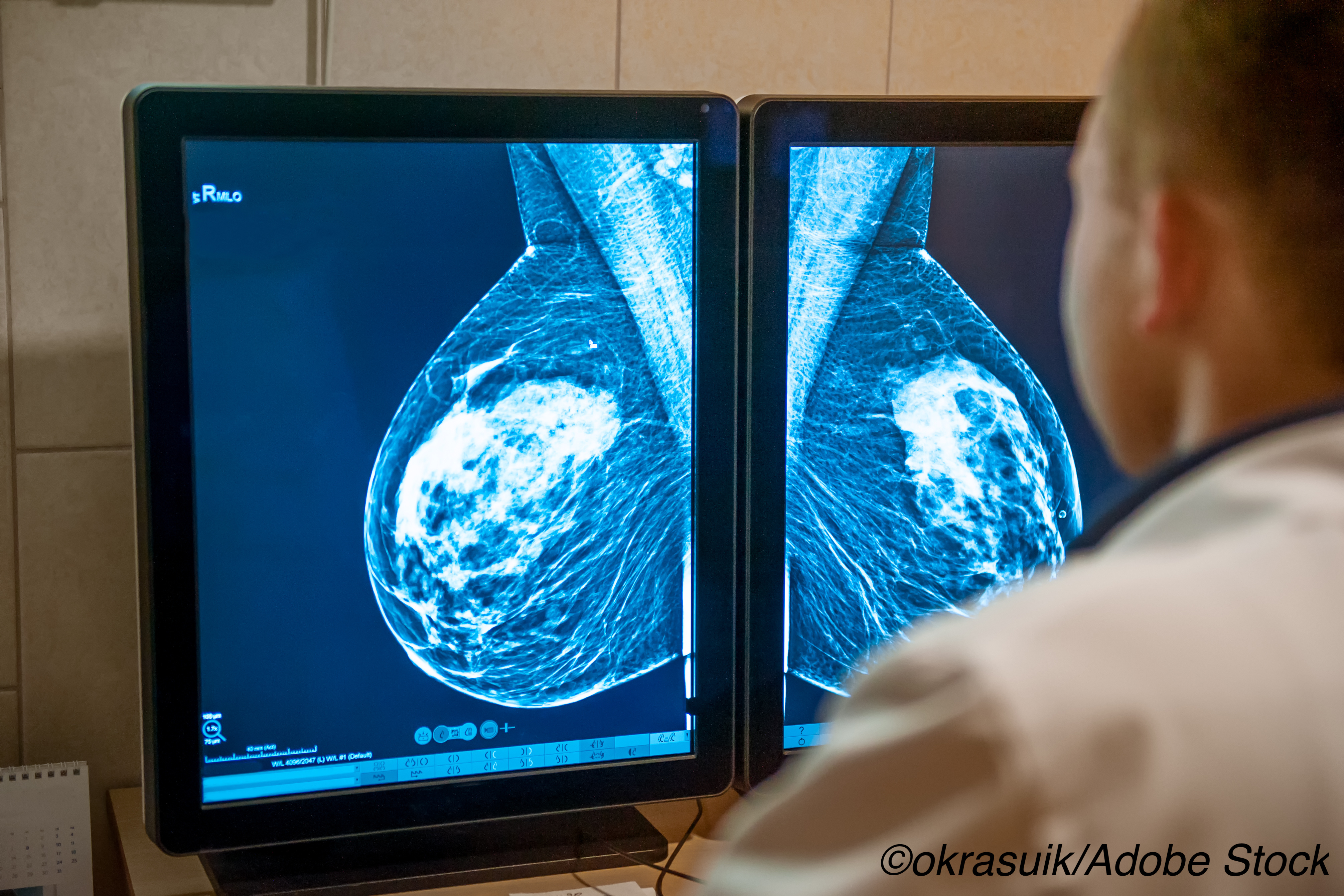 The shorter the time, the worse the prognosis

Breast cancers diagnosed during the interval between scheduled mammography screenings are known to have a worse prognosis, but a new analysis suggests that the timing of interval cancer diagnosis is a key factor.

Simply put, breast cancers diagnosed less than 12 months after a negative mammogram are more lethal than those diagnosed between a year and 2.5 years following a negative screening, report Veronica L. Irvin, PhD, MPH of College of Public Health and Human Sciences, Oregon State University, and colleagues in JAMA Network Open.

That finding emerged from a cohort study of data collected by the massive Women’s Health Initiative (WHI) trial, the federally funded study that enrolled 161,808 women age 50-79 into one or more randomized clinical trials testing the health effects of hormone therapy, dietary modification, and/or calcium and vitamin D supplementation or observational studies.

In their analysis, Irvin and colleagues mined the WHI data collected through March 2018 on WHI participants age 50 to 79 and identified 5,455 breast cancer cases. They included 3,019 women who were “compliant with screening.”

Cancers detected by screening and interval breast cancers (IBCs) “were defined based on mammogram history, date of last mammogram, type of visit, and results of examination. Interval breast cancers were subdivided into those occurring within 1 year or between 1 and 2.5 years after the last protocol-mandated mammogram with negative results.”

When they enrolled in the trial, the mean age of women was 63 and the mean age at diagnosis of breast cancer was 68.5.

Of note, the cancers diagnosed within a year of a negative screening mammogram “had significantly more lobular histologic characteristics (13.0% versus 8.1%), a larger tumor size (1.97 cm versus 1.43 cm), a higher clinical stage (28.4% versus 17.3% regional and 3.7% versus 0.6% distant), and more lymph node involvement (27.1% versus 17.0%) than cancers detected by screening,” they wrote. Interestingly, the rate of IBCs diagnosed increased with time so that the number diagnosed two years after a negative screening was twice the number diagnosed within that crucial first year.

Just as in earlier studies, the current analysis found IBCs to be “larger and more likely to be advanced” but those studies didn’t investigate a temporal relationship between negative screening and IBC diagnosis. “The unique findings from our study are that IBCs that emerge within 1 year after negative mammogram results might have distinct tumor characteristics that identify them as at a particularly high risk for metastasis… Our findings differed from those of previous reports on the associations between patient demographic characteristics and risk for IBC. Previous studies document associations between IBC and family history, parity, and race/ethnicity. In contrast, our study found no association with these variables, which may be partly explained by the fact that women in the WHI were postmenopausal and between the ages of 50 and 79 years, whereas other studies included women younger than 50 years.”

There were, however, a number of limitations to the study. For example, the authors noted that they could not rule out the possibility that IBCs diagnosed within a year were simply missed on screening mammography rather than true IBCs. Yet, “missed cancers likely do not explain the contrast between IBCs diagnosed within 1 year and those diagnosed between 1 and 2.5 years after negative mammogram results. In previous studies, missed cancers had a larger tumor size and lymph node involvement than true IBCs. An assessment of missed cancers as IBC is that the cancers diagnosed further in time since the last screening would be later-stage tumors. We did not find this trend and, in fact, observed inverted trends: IBCs diagnosed closer in time to the last mammogram were more likely later-stage tumors (larger and with more lymph node involvement) compared with IBCs diagnosed more distant in time since the last mammogram. These data argue against misdiagnosis being a major confounder of our findings; however, we cannot rule out misclassification due to misdiagnosis in our study.”

Additionally, the analysis lacks data on breast density, a significant consideration since high breast density is “one of the most important factors associated with IBCs,” they wrote.

Irwin and colleagues concluded that there are several clinical implications of their findings: “Women who present with breast cancer symptoms at the time of negative screening mammogram results should either be recalled more frequently, have a shorter screening period, or undergo another imaging modality, such as ultrasonography or magnetic resonance imaging… Also, the combination of germline genomic testing with mammography may help distinguish indolent breast cancers from aggressive breast cancers detected by screening.”