Hookworms: Not Likely to Wiggle Their Way into MS Therapy 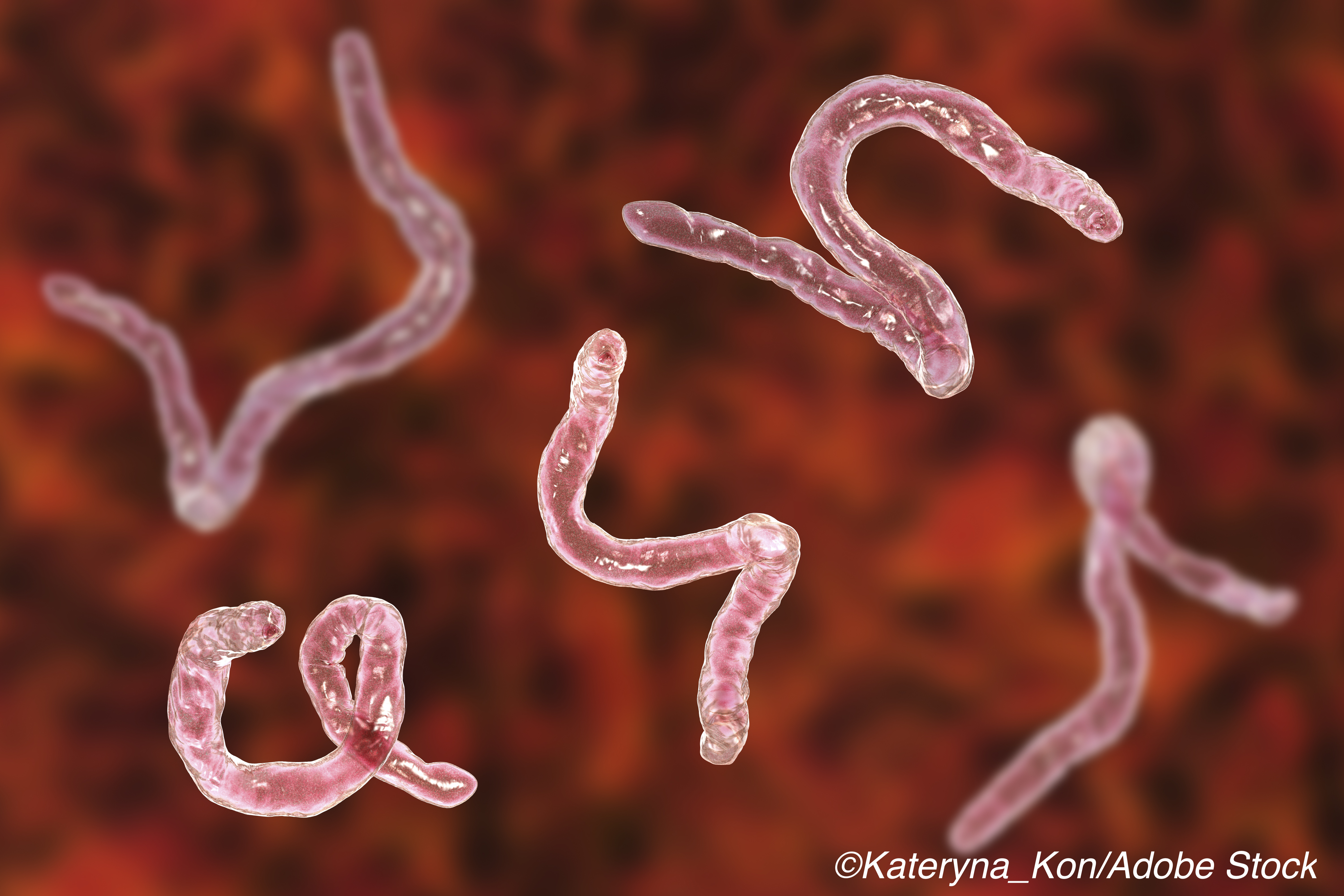 Worms may be the intestines of the earth, according to the Greek philosopher Aristotle, but hookworms placed in the intestines of patients with multiple sclerosis (MS) didn’t offer significant benefits for disease activity, researchers reported.

In the phase II WIRMS study, patients with relapsing MS received either Necator americanus larvae transcutaneously or placebo. The median cumulative numbers of new, enlarging, or enhancing lesions were not significantly different between the groups based on pre-planned Mann-Whitney U tests that lose power with tied data, explained Cris S. Constantinescu, MD, PhD, of the University of Nottingham, Queen’s Medical Centre, in England, and co-authors.

However, “Treatment with hookworm was safe and well tolerated…Hookworm infection increased T regulatory cells, suggesting an immunobiological effect of hookworm,” the authors noted. “It appears that a living organism can precipitate immunoregulatory changes that may affect MS disease activity.”

While they called for more study of this “possible, albeit, mild therapeutic effect,” is that enough to open this particular can of worms in MS treatment options? Not really, according to Daniel Ontaneda, MD, PhD, and Jeffrey A. Cohen, MD, both of the Mellen Center for Multiple Sclerosis in Cleveland.

They acknowledged in an editorial accompanying the study that “helminthic therapy” appears to be safe. Yet efficacy seems “modest, with limited data suggesting associations with MRI measures.”

While the effect on the immune profile was interesting, it “cannot be translated to evidence of clinical efficacy,” Ontaneda and Cohen stressed.

They also argued that the current availability of “robustly effective immunomodulatory therapies” most likely means that it’s no longer worth digging into helminth therapy as a “sufficient stand-alone treatment for MS.”

Constantinescu and co-authors initiated the investigation on the basis of the hygiene hypothesis that holds that certain infectious agents, including gastrointestinal helminths, protect against inflammatory diseases. These agents, such as the nematode Trichuris and other intestinal parasites, introduce regulatory T cells (Tregs) that act to suppress immune response.

“Patients with MS naturally infected with gastrointestinal parasites have milder disease than matched uninfected MS controls over 5 years; this is associated with indicators of higher Treg activity,” they noted.

For WIRMS, clinically stable MS patients with relapsing-remitting MS or secondary progressive MS with relapses were recruited from 2012 to 2016. A group of 71 patients (mean age 45 years, 71% female) were randomized to receive 25 hookworm larvae or placebo.

T2-weighted MRI scans were performed at baseline, at months 3 through 9, and then at 3 months post-treatment. Routine blood and cell counts, urine pregnancy test results, and stool samples were also collected. Neurological assessment was performed by the study’s examining physician, while symptoms and adverse events (AEs) were monitored by a treating physician.

The primary outcome measure was the cumulative number of new or enlarging T2 lesions or newly enhancing lesions over months 4 to 9 post-infection. The secondary outcome was the percentage change at month 9 from baseline of Tregs.

No patients withdrew because of AEs, and the only difference in AEs between the study arms was more application-site skin discomfort for the hookworm group versus placebo (82% versus 28%). The researchers noted there were four relapses (11.4%) in the hookworm group, and 10 (27.8%) in the placebo group, during the active period of the trial.

At month 9, the cumulative number of new T2 lesions, newly enhancing lesions, or enlarging lesions was 154 in the hookworm group and 164 in the placebo group, and the finding was not statistically significant, the investigators reported.

There was an increase in the percentage of Tregs from screening to month 9 in the hookworm arm and there was a Treg decrease in the placebo arm (P=0.01), they pointed out.

Study limitations included the fact that the treatment duration was relatively short, and the design and sample size calculations with monthly MRI scans may not have been entirely up to date. Also, although some participants had secondary progressive MS, the short duration of the trial and the relatively low proportion of participants (18%) did not allow generalization of the findings to progressive MS, according to the authors.

Ontenada and Cohen suggested clinical trials that are “investigating the comparative efficacy of potent monoclonal antibodies and autologous hematopoietic cell transplant,” are more promising than a “low-efficacy approach, such as helminth therapy.”

The study was supported by the MS Society of the Great Britain and Northern Ireland, the Forman Hardy Charitable Trust via the University of Nottingham, and Bayer-Schering.