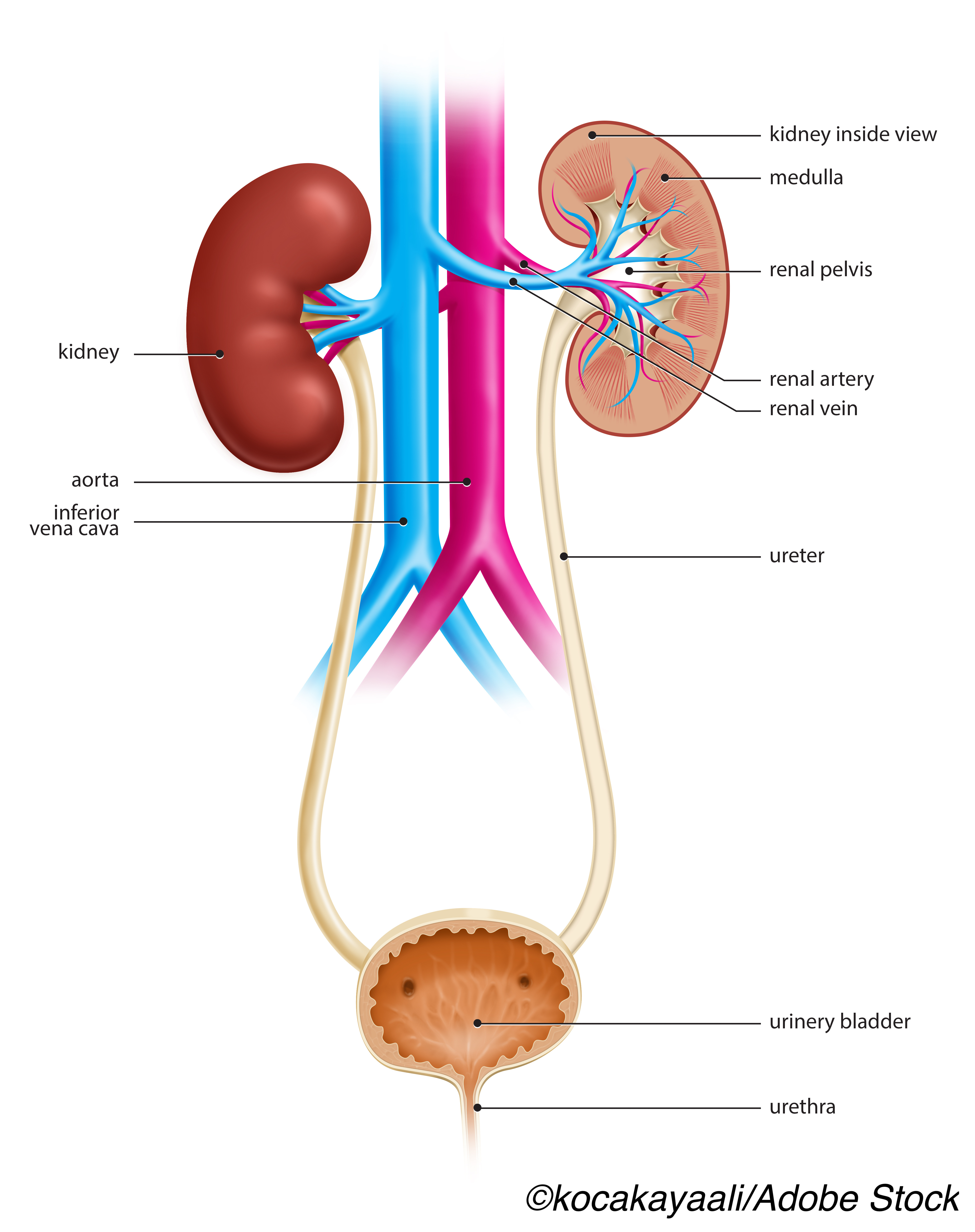 In patients with primary hyperoxaluria type 1 (PH1), treatment with lumasiran—an RNA interference therapeutic agent—reduced the excretion of urinary oxalate, a primary cause of progressive kidney failure, according to results from the ILLUMINATE-A trial, published in The New England Journal of Medicine.

Further, researchers found that most patients treated with this investigational agent had normal or near-normal urinary oxalate excretion levels by 6 months of treatment. Lumasiran was also well-tolerated, with only mild, transient side effects.

“Primary hyperoxaluria type 1 (PH1) is a rare, progressive genetic disease with debilitating and life-threatening clinical manifestations due to increased hepatic oxalate production,” wrote lead author Sander F. Garrelfs, MD, of the University of Amsterdam, and colleagues. “The metabolic defect in PH1 results from a deficiency of the liver-specific peroxisomal enzyme alanine–glyoxylate aminotransferase (AGT), which converts the oxalate precursor glyoxylate to glycine. With absent or deficient AGT activity, glyoxylate is oxidized to oxalate, leading to increased plasma oxalate levels. Hepatically produced oxalate is excreted largely by the kidneys and is the toxic mediator of end-organ damage in PH1.”

These patients often present in childhood, with kidney stones, nephrocalcinosis, end-stage kidney disease, or systemic oxalosis in tissues, including the heart, bone, the skin, and retina. Unfortunately, treatment options are limited, and new therapeutics are desperately needed.

Lumasiran acts to reduce hepatic production of oxalate and increase concentrations of glycolate, a precursor to oxalate that is readily excreted.

Treatment with lumasiran had significant and early effects (as early as month 1), with reductions of 65.4% in 24-hour urinary oxalate excretion, the primary end point (least-squares mean difference: −53.5 percentage points; P<0.001). The least-squares mean percent change from baseline was −65.4% in lumasiran-treated patients versus −11.8% in placebo. Mean maximum reduction in 24-hour urinary oxalate excretion after lumasiran administration was 76.0%.

Changes in secondary end points were significantly different between the two groups as well, with significant improvements seen in patients treated with lumasiran, who demonstrated a −39.5 percentage point change in plasma oxalate levels (P<0.001). By month six, a full 84% of these patients also had 24-hour urinary oxalate excretion of no greater than 1.5 times the upper limit of normal range, compared with 0% of patients in the placebo group (P<0.001).

In all, adverse events occurred in 85% of patients treated with lumasiran, and in 69% of those who received placebo. These included injection-site reactions, headache, rhinitis, and upper respiratory infections. The most common of these were mild, transient injection-site reactions, which occurred in 38% of patients treated with lumasiran compared with 0% in the placebo group. One lumasiran-treated patient discontinued treatment due to fatigue and difficulties in attention. No serious adverse events or deaths occurred, and there were no hepatic adverse events or clinically relevant changes in laboratory measures.

“This phase III trial showed that lumasiran led to substantial reductions in urinary and plasma levels of oxalate, the disease-causing metabolite in PH1, with urinary oxalate levels in most patients reaching the normal or near-normal range,” concluded Garrelfs and fellow researchers.

They added that currently, researchers are assessing the efficacy of lumasiran in PH1 patients “across the full spectrum of age and disease severity” in the ILLUMINATE-B and ILLUMINATE-C studies.

Study limitations include the lack of patients who were younger than 6 years old and those with an eGFR of less than 30 ml/min/1.73 m2.

The study was supported by Alnylam Pharmaceuticals.