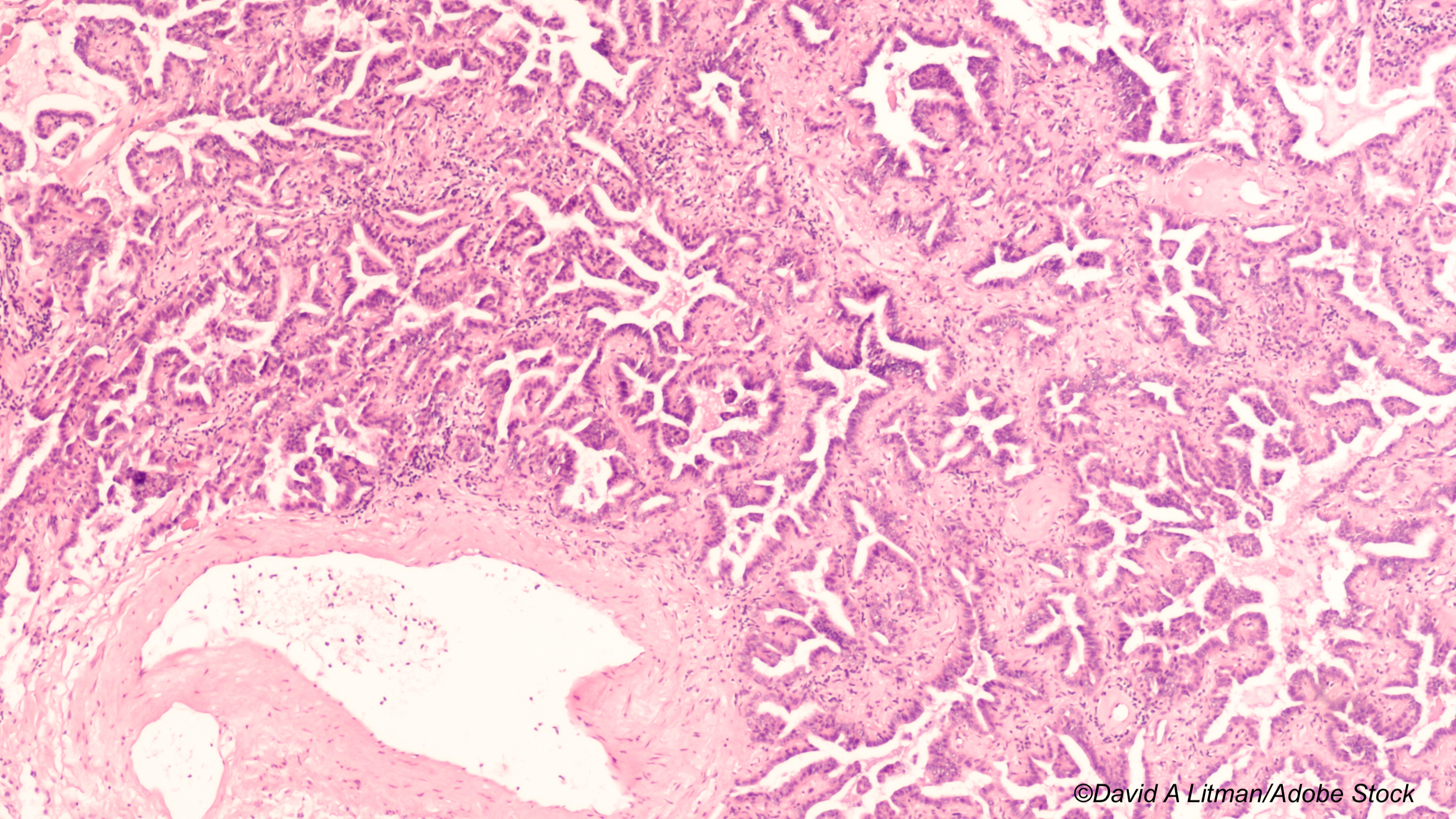 The remarkable 4-year on-going journey in a fight against advanced non-small lung cancer (NSCLC) illustrates how researchers can dip into their closet of diagnostic and therapeutic tools to find the right drug, for the right patient, at the right time.

In a case study reported at the World Conference on Lung Cancer, sponsored by the International Association for the Study of Lung Cancer, Edyta Urbanska, MD, PhD, form the Rigshospitalet Centre for Cancer and Organ Diseases/University of Copenhagen, outlined the path from diagnosis of Stage 4 NSCLC through repeated molecular testing and multiple treatments, which resulted in a current therapy involving pralsetinib to target RET gene fusions.

“I work mostly with genomic driven NSCLC,” Urbanska told BreakingMED. “At my department we perform tissue rebiopsy and liquid biopsy analyzed with both DNA- and RNA-based next generation sequencing at any progression during the disease course. So, all patients are informed at the very beginning that re-biopsies will be considered if their diseases progress.

“Complementary RNA-based testing is important to implement as a standard diagnostic strategy to better uncover the molecular evolution in advanced EGFR-mutated non-small-cell lung cancer and contribute to identification of further targeted treatment possibilities when progression during osimertinib occur,” she said.

In her presentation at the conference, she reviewed the case of a 62-year-old woman, never-smoker, who, in 2018, was diagnosed with EGFR-mutated (p.E746_A750delELREA ex19del) pulmonary adenocarcinoma in the left upper lobe and metastases to pituitary gland, cerebral frontal lobe, and several extracranial sites, corresponding to T3N2M1c disease.

The patient underwent DNA sampling at 4, 7, and 13 months on this treatment, which revealed no presence of circulating EGFR-mutated clones. “However, in 2020, new progression with liver metastases was observed after 15 months,” she said. “A tumor re-biopsy examined by DNA-next generation sequencing showed persistent EGFR ex19del and p.T790M mutation accompanied by MDM2-amplification and missense PTEN p.C124S substitution. The EGFR ex19del and p.T790M mutations reappeared in concomitantly sampled plasma DNA.

“Based on these results, no additional targeted treatment options were possible, and chemotherapy with carboplatin/pemetrexed was initiated while continuing osimertinib, achieving only short-term stabilization of the disease,” she said.

However, the researchers performed additional next generation sequencing analysis of RNA isolated from the hepatic metastasis, which showed ANK3-RET fusion on chromosome 10q (breakpoint chr10: 61994446, chr10: 43612032); treatment with pralsetinib, a RET-tyrosine kinase inhibitor, was initiated in 2021.

“This finding may further explain the progression on osimertinib, as other types of RET-fusions have been reported as mechanisms of acquired resistance to first line osimertinib,” Urbanska said.

“In this case, RNA-next generation sequencing revealed acquisition of the ANK3-RET fusion, which had not been previously reported on second line osimertinib,” she explained. “The finding allowed the patient to receive further targeted treatment by combining osimertinib with pralsetinib. The treatment is ongoing.” Urbanska said that with the addition of pralsetinib in combination with osimertinib, the woman was able to achieve an ongoing partial response.

Urbanska said the patient has been on pralsetinib for 6 months, and she will be evaluated again in October. “If there is no progression, treatment with pralsetinib will continue until there is progression.”

In commenting on the study, Wasif M. Saif, MD, medical director of the Northwell Health Cancer Institute, Lake Success, New York, told BreakingMED, “Although this is a single case study, it is representative of what clinicians do in the real world when a patient stops responding to one medication. Doctors then try to find mutations that can be targeted.

“However, confirmation of the presence of T790M mutation in tumor tissues is needed in order to use osimertinib,” Saif said. “It is important to identify the facts that substantial portion of patients do not currently undergo tissue re-biopsy due to multiple reasons, including poor performance status after progression; inaccessible tumor locations; unavailability of next-line of therapies; comorbidity; or patient refusal.

“This study manifests that other there are other types of RET-fusions responsible for acquired resistance to first-line osimertinib. In this case, RNA-next generation sequencing revealed acquisition of the ANK3-RET fusion, which had not been previously reported on second line osimertinib. The finding allowed the patient to receive further targeted treatment by combining osimertinib with pralsetinib.

“We need to let the study complete and confirm the findings as seen in this patient before adapting in clinical practice, but these findings also provide proof of the principle for the carcinogenesis pathways and allow us to learn about potential targetable abnormalities,” Saif said.

Saif disclosed no relationships with industry.