In Search of New Txs for Obstructive Hypertrophic Cardiomyopathy 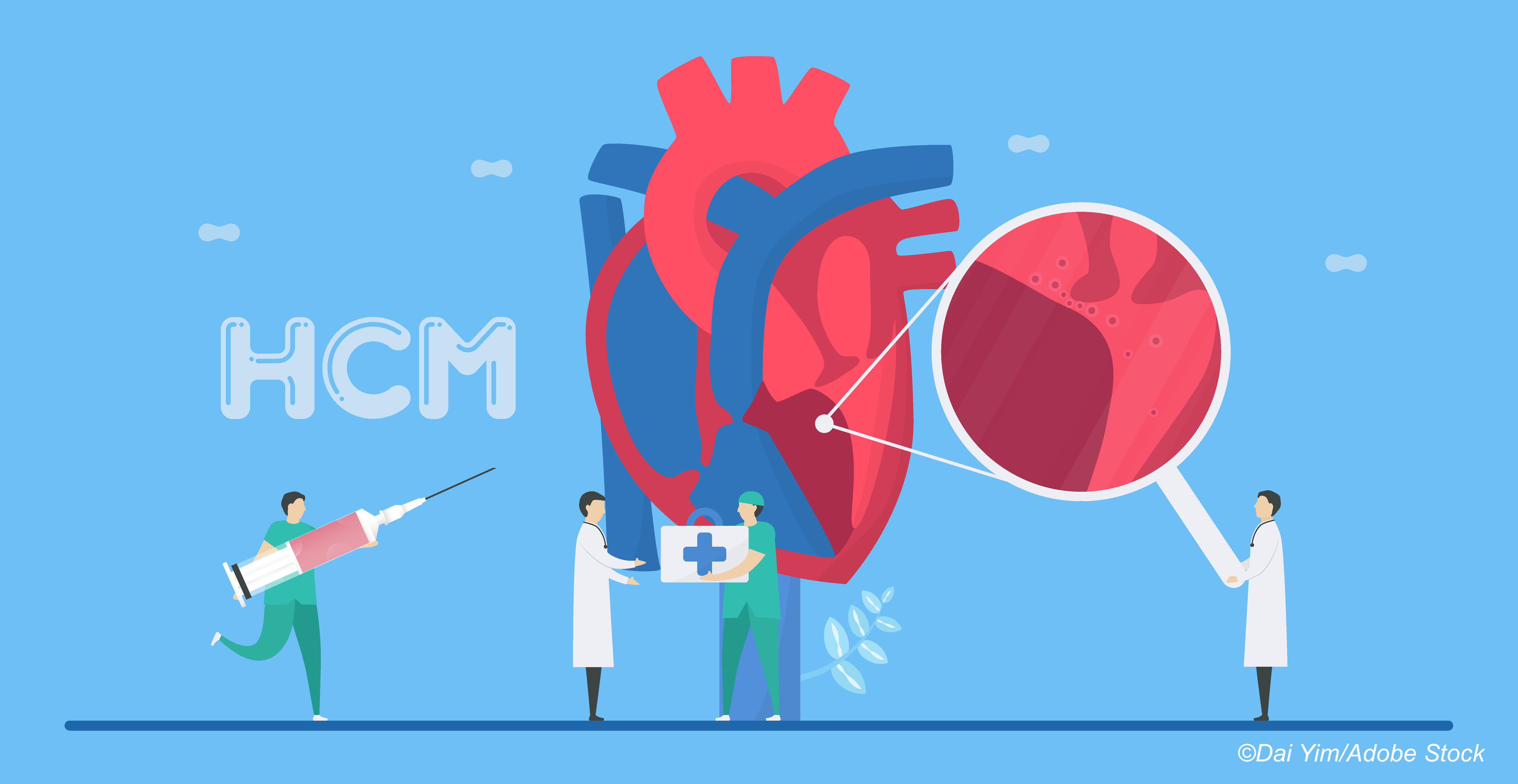 In the TEMPO trial, metoprolol—a beta blocker—reduced left ventricular outflow tract obstruction at rest and during exercise, and improved symptoms and quality of life in these patients. In the EXPLORER-HCM study, mavacamten—a cardiac myosin inhibitor—improved both left ventricular diastolic function and systolic anterior motion.

Results of both studies are published in the Journal of the American College of Cardiology.

In an accompanying editorial entitled “A new dawn in HCM: Rise of the RCTs,” Ahmad Masri, MD, MS, of the Knight Cardiovascular Institute, Division of Cardiology, School of Medicine, Oregon Health and Science University, Portland, offered a brief history.

“Sixty-three years have passed since Donald Teare’s seminal report on asymmetrical septal hypertrophy—which he described as a benign tumor—in the heart of young adults. Despite being a visionary, Donald Teare would not have expected that one-half century later, we are still treating hypertrophic cardiomyopathy (HCM) as if it were a benign tumor, by using simple medical therapy for mild symptoms, and offering invasive ’debulking’ treatments for severe symptoms,” he wrote.

In the multicenter, double-blind, placebo-controlled, randomized, phase III EXPORER-HCM study, Sheila M. Hegde, MD, of Brigham and Women’s Hospital, Boston, and colleagues assessed the effects of mavacamten on cardiac structure and function and other clinical measures using serial echocardiograms taken over 30 weeks in 251 patients with symptomatic oHCM treated with mavacamten and comparing them with patients treated with placebo.

They found that complete resolution of mitral valve systolic anterior motion occurred more often in patients treated with mavacamten compared with placebo (80.9% versus 34.0%, respectively; difference: 46.8%; P˂0.0001). Patients treated with mavacamten also had significantly greater improvements in measures of diastolic function compared with placebo, including the following:

“Dybro et al should be congratulated for conducting the first comprehensive RCT of BB in oHCM in over one-half century after their initial use for this disease,” Masri commented, adding that the results from Hedge and colleagues are also valuable.

“It is important to note that the majority of subjects were treated with either BB (75%) or calcium channel blockers (17%), which makes EXPLORER-HCM a trial of mavacamten versus placebo on the background of BB and/or calcium channel blockers, without prespecified dosages. The significant change in markers of diastolic function appeared as early as 18 weeks of mavacamten treatment, which was not observed in the standard of care group. There was also a significant interaction between higher baseline LVOT gradients and more reduction in left atrial volume index and NT-proBNP as compared to placebo, reflective of favorable remodeling, particularly in patients with more advanced oHCM,” noted Masri.

“Collectively, these findings highlight that a successful treatment strategy in oHCM should achieve significant reduction in LVOT gradient, combined with functional improvement and favorable remodeling,” he added.

“Pharmacotherapy for HCM continues to evolve, with novel therapies directly targeting the molecular pathophysiology of the disease, leading to reappraisal of our current standard of care therapies. Robust RCTs, such as those in this issue of the Journal, will be necessary and helpful in guiding HCM providers and patients to navigate the expanding set of therapeutic options,” Masri concluded.

Limitations of the TEMPO study include that it was conducted at a single center in a small cohort of patients, the short treatment period (only 2 weeks in each arm), and that the study was designed to assess responses to treatment on echocardiographic measures and symptoms and not the long-term reduction of LVOT gradients and symptoms.

Limitations of the EXPLORER-HCM study include the exclusion of patients with mild symptoms, those treated with disopyramide, and those with LV ejection fractions less than 55%. The number of patients from ethnic minorities and those less than 50 years old was also small, limiting generalizability of the findings. Researchers also noted the lack of accuracy and reliable quantification of mitral regurgitation and the short duration of the study.

The TEMPO study was supported by the Novo Nordic Foundation and by Skibsreder Per Henriksen, R. og hustrus Foundation. The manufacturer of metoprolol succinate (Hexal) was neither involved in nor funded the study.

Hegde serves on the faculty of the Cardiovascular Imaging Core Laboratory at Brigham and Women’s Hospital; and her institution has received payments for her consulting work from MyoKardia.