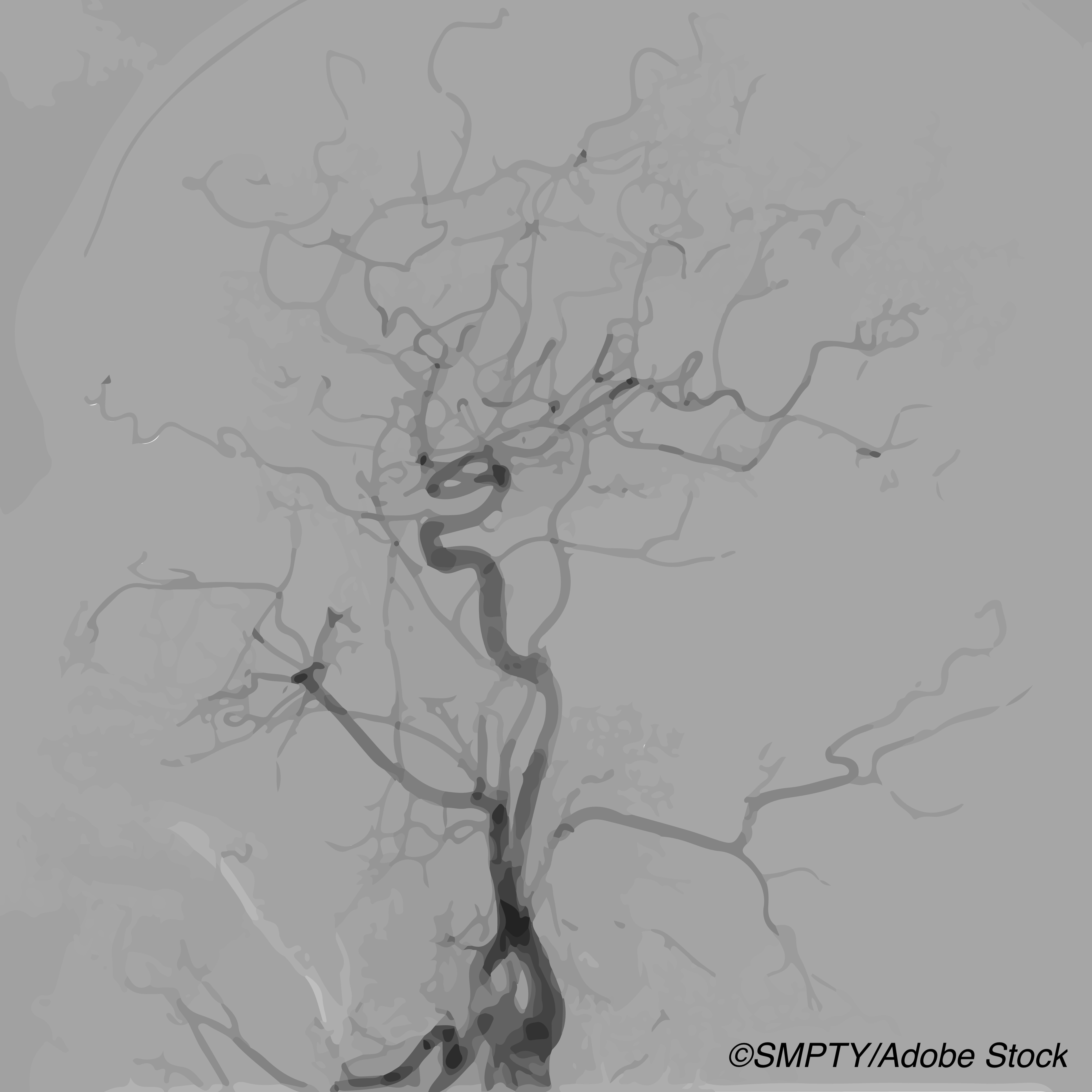 But some ASPECTS regions were associated with increased disability

In patients with verified large vessel occlusion and low baseline DWI-ASPECTS (suggesting large infarcts) who received mechanical thrombectomy, location and hemisphere did not predict a good 90-day modified Rankin Scale (mRS) score of 0-2, according to an observational study.

“Our study suggests that neither hemisphere nor infarct location should be considered as exclusion criteria for mechanical thrombectomy in stroke patients with pre-treatment DWI-ASPECTS 0-5,” Pietro Panni, MD, of the San Raffaele University Hospital in Milan, Italy, and coauthors wrote in Neurology.

The ASPECTS (Alberta Stroke Program CT Score) system estimates stroke size with a score that starts at 10 and loses one point for each of 10 regions with acute ischemic change. Low scores based on CT (CT-ASPECTS) or diffusion weighted MRI (DWI-ASPECTS) suggest larger strokes with larger ischemic cores. A 2015 study found that better DWI-ASPECTS correlated with better 90-day mRS scores.

“Rapid changes in the field of mechanical thrombectomy have made patient selection more challenging,” wrote Jeremy Molad, MD, of the Tel-Aviv Sourasky Medical Center in Israel, in an accompanying editorial.

“Clinical practice is evolving, and treatment is being offered to patients who would not have been enrolled in the existing clinical trials, such as those with large vessel occlusion but a low National Institute of Health stroke scale (NIHSS) score, distal vessel occlusions, and patients with concurrent significant penumbra and large core at the time of presentation,” he noted.

Patients with low scores on the ASPECTS system were underrepresented in early research that established mechanical thrombectomy benefits. Evolving methods for selecting patients likely to benefit from mechanical thrombectomy have also included evaluation of the relative volumes of the severely ischemic core of the stroke and a compromised but potentially salvageable surrounding area, the penumbra.

While increasing core volume was independently associated with worse 90-day functional outcomes in a 2019 meta-analysis, the authors concluded that core volume “did not modify the treatment benefit of endovascular thrombectomy over standard medical therapy for improved functional outcome.” A recent study of 105 patients with large core (CT-ASPECT 0-5 or core volume 50 cm3 or greater) found that though outcomes declined with increasing core size and time to treatment, there were still potential benefits: 31% treated with endovascular therapy versus 14% with medical management achieved mRS 0-2 at 90 days.

“Clearly, it is not just the size of the infarct core that determines the outcome,” Molad observed.

Panni and colleagues followed 344 consecutive mechanical thrombectomy patients with pre-treatment DWI-ASPECTS of 0-5 to evaluate location and hemisphere as independent predictors of 90-day mRS scores of 0-2 (able to look after oneself without daily help), as well as increased disability.

Patients came from the Endovascular Treatment in Ischemic Stroke (ETIS) registry from January 2012 to August 2018. Mean age was 67.2 and 55% were male. Median DWI-ASPECTS was 4. Of those with good mRS outcome, median DWI-ASPECT was 5; for those with poor outcome, it was 4 (P<0.001).

“Identifying outcome predictors is of critical importance while awaiting the results of ongoing randomized controlled trials on the subject” such as LASTE, TENSION, and SELECT 2, the researchers said.

“Data from these studies may confirm the benefit of mechanical thrombectomy in these patients and clarify the influence of core location and other potential modifying factors,” the editorialist pointed out. “The prognostic value of core location remains an open question. Many patients with large infarction will suffer from significant neurological sequelae, while others will benefit from mechanical thrombectomy and even regain functional independence. Careful selection of these patients is warranted.”

Limitations include core evaluation with DWI-ASPECT only. The 0-5 score range may include a wide range of volumes, which may influence outcomes. “Given that DWI lesions may reverse and the availability of other advanced imaging data, reliance on the DWI-ASPECT score seems insufficient,” Molad noted.

The researchers reported no disclosures relevant to the manuscript.

The editorialist reported no disclosures relevant to the manuscript.