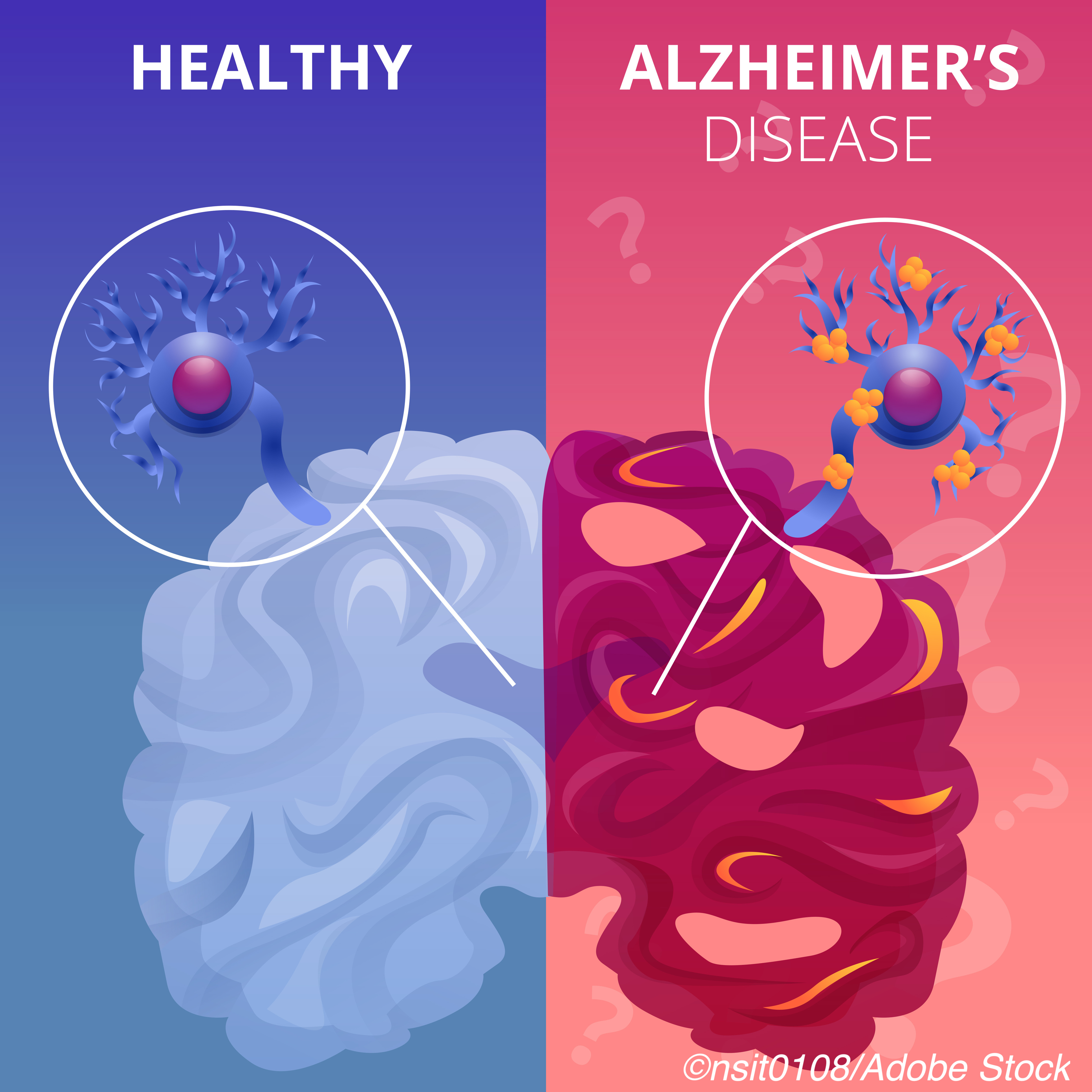 The International Working Group (IWG) has specified that biomarkers alone are not enough for a diagnosis of Alzheimer’s disease (AD). Positive biomarkers and specific AD phenotypes are required, according to this article, originally published on May 17. Click here to view the original version and obtain CME/CE credit for the activity.

A diagnosis of Alzheimer’s disease (AD) should be made only in individuals with positive biomarkers and specific AD phenotypes, whereas individuals who are biomarker-positive but without cognitive impairment should only be considered at-risk for progression to AD, according to recommendations from the International Working Group (IWG).

“In 2018, the US National Institute on Aging and the Alzheimer’s Association proposed a purely biological definition of Alzheimer’s disease that relies on biomarkers. Although the intended use of this framework was for research purposes, it has engendered debate and challenges regarding its use in everyday clinical practice,” wrote IWG authors, led by joint first authors Bruno Dubois, MD, and Nicolas Villain, MD, both of the Assistance Publique-Hôpitaux de Paris (AP–HP), France.

“For instance, cognitively unimpaired individuals can have biomarker evidence of both amyloid β and tau pathology but will often not develop clinical manifestations in their lifetime. Furthermore, a positive Alzheimer’s disease pattern of biomarkers can be observed in other brain diseases in which Alzheimer’s disease pathology is present as a comorbidity,” they added.

“Although the definition of Alzheimer’s disease based exclusively on biological markers has gained substantial traction in research settings, emerging studies suggest that the biomarker definition is not ready for application in clinical settings and for diagnosis of individuals without cognitive impairment,” wrote Dubois, Villain, et al.

In an accompanying editorial, William J. Jagust, MD, of the Helen Wills Neuroscience Institute and School of Public Health, University of California, Berkeley, reviewed the discovery of biomarkers such as amyloid β and tau and how this was the catalyst that led to changes in the criteria and definitions of AD.

“Continued evolution of these criteria resulted in the term preclinical dementia, introduced by a US National Institute on Aging–Alzheimer’s Association (NIA–AA) workgroup and the IWG. This term was meant to describe individuals with no symptoms but who expressed biomarkers indicating the presence of amyloid β and tau pathology, with the goal of identifying those in the very earliest stages of Alzheimer’s disease who might benefit from therapeutic trials and, eventually, therapy. This description of asymptomatic individuals was controversial enough, but in 2018, the NIA–AA group introduced a research framework in which people with biomarkers indicating pathological accumulation of amyloid β and tau were categorized as having Alzheimer’s disease (no longer modified by the term preclinical or probable), regardless of the presence of symptoms,” Jagust wrote.

This is problematic for many reasons, according to Jagust, the least of which that studies have shown that both biomarkers often exist concomitantly with other neurologic pathologies, making clinical phenotyping difficult. Further, finding abnormal biomarkers in patients who are asymptomatic carries a host of problems that include prognostic uncertainty and ethical issues surrounding the communication of these findings to patients.

“As Dubois and colleagues point out, expert evaluation is crucial in the clinic, but as more biomarkers for different pathological processes become available, the nature and importance of clinical evaluation might also evolve. Ultimately, the question of how best to diagnose Alzheimer’s disease will revolve around therapy: at what point, and in whom do we start it? The relative importance of clinical examination and biomarkers will depend on the answer,” Jagust concluded.

Dubois reports personal fees from Biogen and grants paid to his institution from Roche, Merck-Avenir Foundation, and Fondation Recherche sur Alzheimer, outside the submitted work.

Jagust reports receiving personal fees for consulting from Roche and Genentech, Biogen, Bioclinica, and Grifols outside of the submitted work.