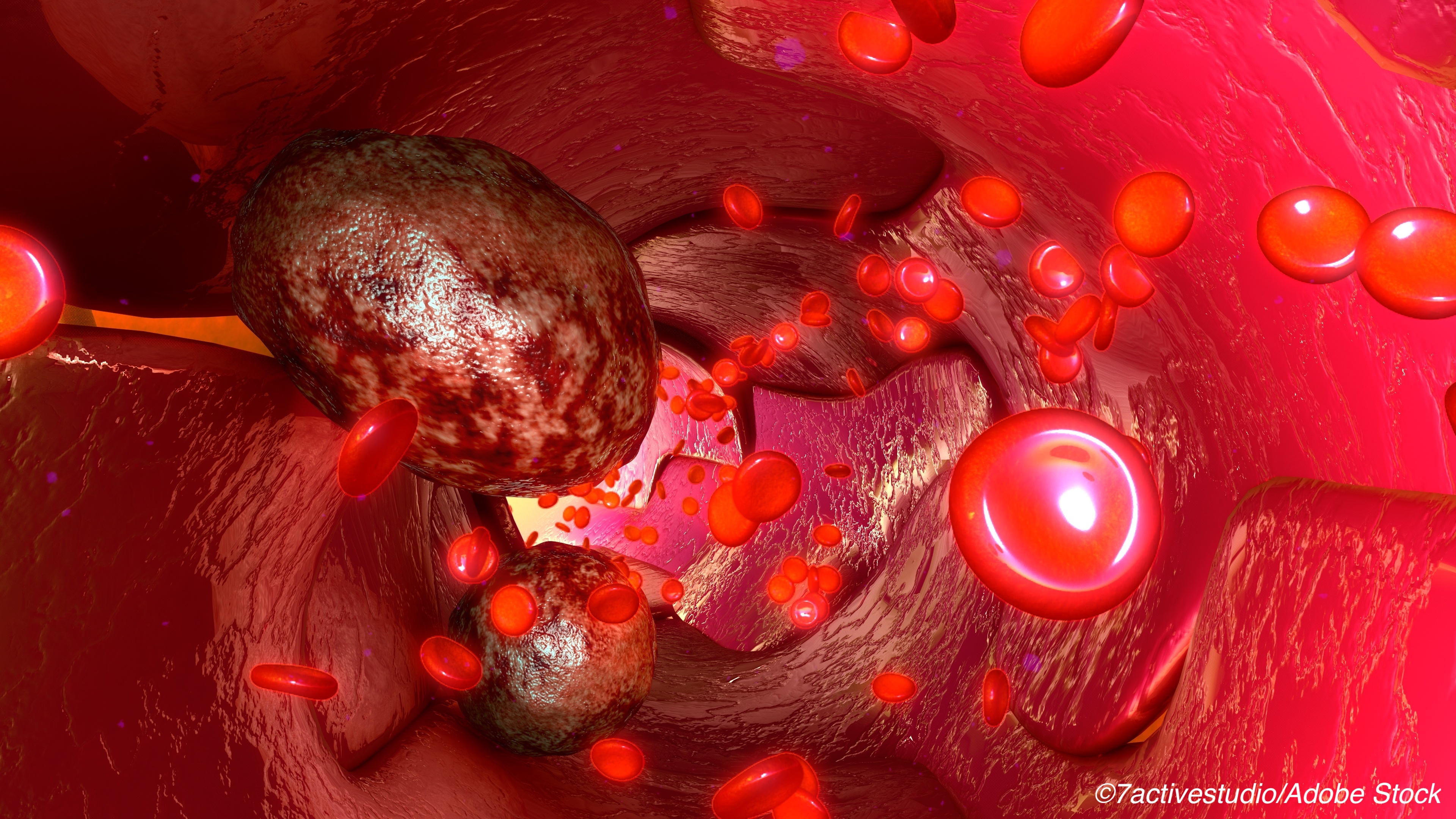 More patients randomized to the CTC-guided choice arm were treated with chemotherapy than those who were assigned to the clinician-guided choice arm. Though rates of grade 3 and higher adverse events (AEs) were low with both chemotherapy and endocrine therapy, AEs of any grade were higher in patients who received chemotherapy, Francois-Clement Bidard, MD, PhD, Institut Curie, Saint-Cloud, France and colleagues reported in JAMA Oncology.

The authors had hypothesized that a CTC-driven treatment choice would result in lower rates of upfront chemotherapy as studies have shown that chemotherapy is frequently favored by clinicians as first-line therapy in the setting of MBC.

“The aim of this trial was to demonstrate that using the CTC count, a single and reproducible biomarker, was an alternative to the highly multiparametric [involving multiple parameters] clinical choice,” Bidard and colleagues explained. “The STIC CTC trial is, to our knowledge, the first attempt to demonstrate the clinical utility of a biomarker to guide the choice of first-line treatment in hormone receptor-positive, ERBB2-negative MBC, a setting characterized by a lack of predictive biomarkers and high interphysician variability.”

However, Tarah Ballinger, MD, of Indiana University Melvin and Bren Simon Comprehensive Cancer Center in Indianapolis, and colleagues, point out in a commentary accompanying the study, that noninferiority trials are often done to evaluate less intensive treatment options, attempting to prove that the experimental option may lessen toxicity, cost, or burden of therapy on patients without sacrificing efficacy.

With STIC CTC trial participants being 10% more likely to receive chemotherapy when baseline CTCs were used to direct treatment, “[w]e should demand an improvement in outcomes before accepting a strategy that exposes more patients to more toxic therapy,” Ballinger and colleagues noted. “Not worse simply is not good enough,” they emphasized.

In the discordant clinical high, CTC low risk subgroup, there was no difference in PFS between the 2 treatment arms, as investigators pointed out. However, in the discordant clinical low, CTC high risk subgroup, PFS was 38% longer at a Hazard Ratio of 0.62 (95% CI, 0.45-0.84) in favor of the CTC-guided arm, although overall survival (OS) was not significantly different between the 2 treatment groups.

The authors also pointed out that the use of chemotherapy in discordant patients with a clinical low risk but CTC high risk assessment also led to a significantly longer PFS advantage while in the discordant group overall, multivariate analysis demonstrated that chemotherapy was also significantly associated with a benefit in both PFS and OS when compared with endocrine therapy.

“[O]ur results suggest that clinical low, CTC low patients (48.1% of the study population) have an excellent prognosis, with an 18-month median PFS and a 50-month median OS,” the authors concluded.

Study limitations included the fact that the trial was carried out before the introduction of first-line cyclin-dependent kinase 4/6 (CDK4/6) inhibitors. The CDK4/6 inhibitors have been approved for the treatment of HR+, ERBB2-negative advanced or MBC.

Since it has been shown that single-agent endocrine therapy is suboptimal in MBC patients with an intermediate prognosis, first-line combinations of endocrine therapy plus CDK4/6 inhibitors have become the preferred treatment choice in this group of patients provided they do not have visceral crisis at the time of treatment initiation.

Commenting further on the study, the editorialists pointed out that overall response rates to CDK4/6 inhibitor therapy are actually higher than they are with traditional chemotherapy.

“Thus, it is even less likely that we can assume that baseline high CTC count corresponds to a need for chemotherapy in a modern treatment landscape that offers more patients more benefit from hormone therapy,” they stated and also emphasized that CTC count primarily reflects disease bulk, much like anatomic stage, rather than disease biology.

“As treatments become more rooted in our knowledge of breast cancer biology, decisions based on disease bulk are decidedly out of place,” they noted.

The editorialists also didn’t think that CTC count should ever serve as a replacement for shared decision-making between patients and their physicians. “There are many global parameters that we agree on to make decisions in metastatic breast cancer, such as ER or ERBB2 expression and performance status, but many nuances on which we do not,” Ballinger and colleagues noted. “We should not look for alternatives to clinical assessment, but rather tools that will aid in supporting clinicians and patients to weigh the risks and benefits associated with their many options,” the editorialists concluded.

The study was funded by the Institut Curie, the French National Cancer Institute, and Menarini Silicon Biosystems.