In a 72-patient randomized trial involving patients with major depression who had not responded to standard therapies, mean scores on the Montgomery-Asberg Depression Rating Scale (MADRS) fell by half 1 day after an intravenous infusion with ketamine, significantly more than in an “active placebo” group receiving the benzodiazepine agent midazolam.

The ketamine group continued to show significantly greater improvement for the next 2 days relative to the controls, according to James W. Murrough, MD, of Mount Sinai School of Medicine in New York City.

A second trial in 15 patients diagnosed with obsessive-compulsive disorder, conducted at Columbia University in New York City, found that the drug was significantly superior to placebo (saline, in this case) in reducing OCD symptoms according to the Yale-Brown rating scale and patient self-assessments.

Both studies were reported here at the American Psychiatric Association annual meeting.

All current antidepressant drugs — tricyclics, monoamine oxidase inhibitors, and inhibitors of serotonin and/or norepinephrine reuptake — require a minimum of several weeks before clinical benefit is apparent. Suicidal ideation is a recognized risk during this period. Consequently, an antidepressant with a more immediate onset of action would be eagerly welcomed.

Ketamine drew attention as a possible candidate in 2006 when a small placebo-controlled trial conducted by the National Institute of Mental Health (NIMH) researchers found that ketamine induced dramatic improvement in depression scores within 2 hours of IV infusion, and which lasted for a week.

Subsequently, another placebo-controlled study by the NIMH group found nearly instant relief with ketamine in bipolar patients with severe depression.

The depression study by Murrough and colleagues was an attempt to improve on the NIMH studies by using a psychoactive drug as the control instead of saline. Murrough said that blinding in the earlier studies might have failed because of ketamine’s distinctive psychotropic effects.

In fact, ketamine is available on the street because it can produce a “high” marked by out-of-body dissociative sensations along with euphoria and other perceptual effects. These are among the reasons that ketamine has not already gained traction as an antidepressant.

Murrough said he and his colleagues selected midazolam as the control in their study because it could also be perceived by participants as an active drug, yet without either depressant or antidepressant effects. Its mechanism of action is also different from that of ketamine, an antagonist of so-called NMDA glutamate receptors.

Participants in the study, recruited and treated at two different clinical sites, were assigned in a 2:1 ratio to ketamine at 0.5 mg/kg or midazolam at 0.045 mg/kg by IV infusion.

Patients had long histories of major depressive disorder, with mean duration of more than 20 years. About one-third had attempted suicide at least once and half had a history of psychiatric hospitalizations. Participants had failed a mean of five previous antidepressant treatments.

Mean MADRS scores at baseline were 32.6 in the ketamine group and 31.1 among controls. The next day after infusion, the mean scores declined to 16.1 with ketamine versus 22.3 for controls.

After adjusting for baseline differences between groups and the two clinical sites, the difference in change from baseline in MADRS scores between arms was statistically significant at P=0.0014.

Based on Clinical Global Impression scores for improvement and severity, 64% of the ketamine group and 28% of those receiving midazolam were judged to be responders at the 1-day evaluation (P=0.006).

The advantage of ketamine over midazolam was maintained through day three post infusion. At day seven, 46% of the ketamine group was still considered to be responders versus 18% of controls, but the difference was no longer significant.

Carolyn Rodriguez, MD, PhD, of Columbia told MedPage Today that dysregulation of excitatory glutamate receptors appears to play a role in OCD, prompting their look at ketamine as a potential treatment. The drug had already shown promise against OCD in a case study and a small open-label trial.

The Columbia group randomized 15 patients to a single infusion of ketamine or conventional placebo on a crossover basis, with at least 1 week (mean 2.1 weeks) between treatments.

Patients had mean Yale-Brown scores at baseline of 27 (SD 3), indicating moderate to severe illness. They had tried an average of three previous treatments without durable success.

As in the depression studies, the effect was immediate. Using a visual analog scale, patients reported dramatic decreases in their obsessive-compulsive urges midway through the 40-minute infusion. The self-assessed effect remained greater for the drug versus placebo through a full week.

Because the effect appeared to last beyond 1 week, results from second, post-crossover infusions were not used in the analyses.

Rodriguez told MedPage Today that the durability of ketamine’s effects, both in OCD as well as in depression, remains a mystery. The drug has a very short half-life in circulation — measured in minutes — and yet its clinical effects last for a week or more.

She added that another important follow-up will be to determine whether there are other ways to modulate the NMDA receptor to achieve the same benefits without causing the dissociate symptoms and other unwanted effects.

Murrough said that, in fact, it’s still not entirely clear that ketamine does work through NMDA receptors. Although that appears to be its principal target as an anesthetic, “ketamine is a dirty drug,” he said, with effects on other neurotransmitter systems besides glutamate.

Carlos Zarate, MD, the NIMH researcher who led the earlier studies, told MedPage Today that the ketamine studies were one of the few bright spots on the pharmacological front in all of psychiatry. The dearth of new drug classes for major disorders has been a common lament in recent years.

Although most ketamine studies to date have remained small pilot trials, Zarate said he was not discouraged at the pace of progress.

He said NMDA is a complex target that has proven to be difficult to modulate in exactly the desired way. Drug companies have been trying for decades to develop NMDA-active drugs, and have renewed those efforts as the basis of the ketamine studies.

Although the earlier efforts mostly didn’t pay off, researchers both in and out of industry have many more tools at their disposal, Zarate said. Several promising compounds have been reported by drug firms.

In the meantime, ketamine itself may be clinically acceptable for patients with severe depression, as the benefits could outweigh the adverse effects. He noted that it has been effective in patients unresponsive to electroconvulsive therapy, currently the treatment of last resort for severe depression.

Zarate said the dissociative symptoms are disconcerting during the first treatment, but become less so when patients know what to expect.

Another researcher presenting at the APA meeting, Delisa Guadarrama, MD, of the University of Texas Health Sciences Center in San Antonio, said the dosing regimen is another area to be investigated further.

She reported on a case of severe postpartum depression, in which she and colleagues treated the patient with 2 mg/kg of ketamine — four times the dosage used in most previous studies.

Guadarrama said that the woman was being treated in the center’s pain clinic, where the higher dose was customary. Her patient, as well as patients with other types of depression also treated with 2 mg/kg, showed symptom relief lasting for 3 weeks or longer, in contrast to the 1-week duration of effect seen with the 0.5-mg/kg doses.

Vital signs did not indicate any greater degree of adverse effects than in reports with the lower dose, she said. Whether the dissociative symptoms were more severe would be more difficult to assess, since no quantitative tools for measuring these symptoms are available. 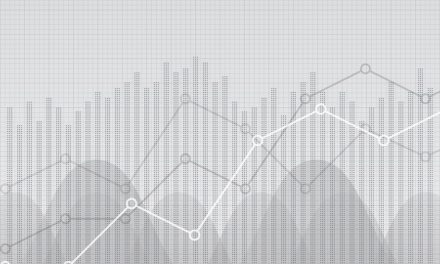