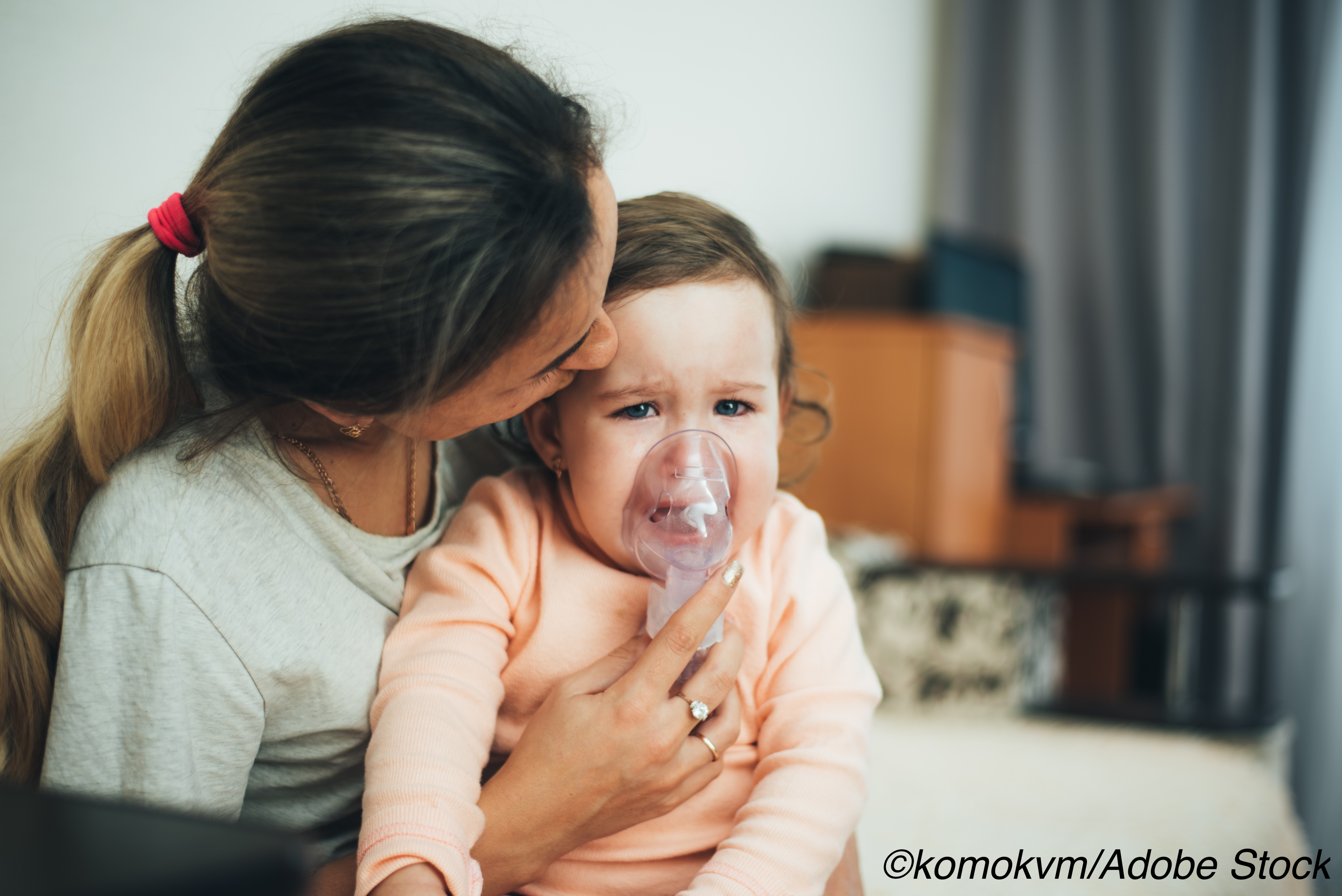 Children who were successfully treated for bronchiolitis as inpatients did not experience harm from as-needed versus scheduled follow-up visits, researchers reported.

In an open-label, non-inferiority trial, 81% of children in the scheduled follow-up group attended that visit post-hospitalization versus 19% in the as-needed group, for an absolute difference of 62% (95% CI 53%-71%), according to Eric R. Coon, MD, MS, of Primary Children’s Hospital at the University of Utah School of Medicine in Salt Lake City, and co-authors.

The mean 7-day parental anxiety score – the study’s primary outcome — was 3.9 among the as-needed post-hospitalization follow-up group versus 4.2 among the scheduled group for an absolute difference of −0.3 points (95% CI −1.0-0.4 points). The upper bound of the 95% CI was within the pre-specified non-inferiority margin of 1.1 points, they wrote in JAMA Pediatrics.

There also were no significant between-group differences in secondary outcomes, such as readmissions, the authors added.

“To our knowledge, this is the first RCT [randomized controlled trial] to examine the effect of scheduled posthospitalization follow-up on patient outcomes,” Coon and co-authors said. “For self-limited conditions from which complete recovery is anticipated and for which morbidity or mortality after hospitalization is unlikely, the expected benefit of routinely recommending more medical care in the immediate posthospitalization period should be considered carefully. “

The findings “suggest that a more nuanced approach to follow-up care for children hospitalized with bronchiolitis, on an as-needed basis, should be considered,” agreed Jay G. Berry, MD, MPH, and Jonathan M. Mansbach, MD, MPH, both of Boston Children’s Hospital, in an editorial accompanying the study.

However, they also cautioned that “no judgment about the possible superiority of as-needed versus scheduled follow-up visits… is technically permittable, even though it is insinuated with some of the results.”

Yes, the as-needed group sought out care less often than the scheduled group, but “the authors found that parental anxiety, hospital readmission, and other outcomes… were not inferior for children receiving as-needed care compared with scheduled follow-up care,” Berry and Mansbach noted.

In addition, there is no evidence that all hospitalized children need or require follow-up, particularly for bronchiolitis, which is “a self-limiting, acute illness with a predominately monophasic clinical course,” they said.

Berry and Mansbach urged inpatient clinicians to be “more mindful when scheduling in-person follow-up care for children hospitalized with bronchiolitis in the immediate post-hospitalization period,” especially during the current pandemic.

Coon and other co-authors reported in a previous study that that 85% of children discharged after a hospitalization for bronchiolitis were routinely instructed to attend a post-hospitalization follow-up visit, but “The rationale for this practice is unclear,” they said.

One possible reason is that families look to follow-up visits for reassurance, the authors noted. As a result, in the current study, the primary outcome was parental anxiety 7 days after hospital discharge based on the Hospital Anxiety and Depression Scale (0 to 28 points; higher scores indicating greater anxiety.

Their study population consisted of 304 children median age 8 months; 59% male), and the primary outcome was available for 88% of those patients.

The authors did find a decreased mean number of clinic visits (absolute difference -0.6 visits/patient, 95% CI, −0.4 to −0.8 visits/patient) among the as-needed group. Otherwise, there were no significant between-group differences in secondary outcomes:

Coon and co-authors reported that, among the eight readmitted patients, three received care in the ICU for <2 days and none needed intubation. Also, among patients in the as-needed follow-up group, 9.4% received a new ambulatory medication compared with 16.0% in the scheduled follow-up group, for an absolute difference of −6.6% (95% CI −14.6%-1.3%). The most common new ambulatory medication prescribed post-discharge was antibiotics for acute otitis media (86% of cases).

Study limitations included the fact that the post-hospital follow-up visits were not standardized, and patients with underlying comorbidities were excluded. Finally, open-label trials are susceptible to bias, the authors pointed out.

Coon’s group concluded that “For most cases, giving parents the autonomy to determine when and if their child needs follow-up can simplify their child’s recovery without causing parents undue worry.”

In a 2014 clinical practice guideline, the American Academy of Pediatrics noted that “there may be an increased demand for follow-up outpatient visits” for children who are prescribed home pulse oximetry. For the Covid-19 pandemic, the academy calls for the use of telehealth visits, and emphasizes that care should not be “unnecessarily delayed and referrals should continue to be made for subspecialty and surgical care and other services.”

The study was funded by Intermountain Healthcare and Stanford School of Medicine.

Berry and Mansbach reported no relationships relevant to the contents of this paper to disclose.

High Fitness Might be Associated with the Development of New-Onset Atrial Fibrillation in Obese Non-Athlethic Adults.

New Autism Definition May Exclude Many

TweetChat: A Look at the U.S. Opioid Epidemic