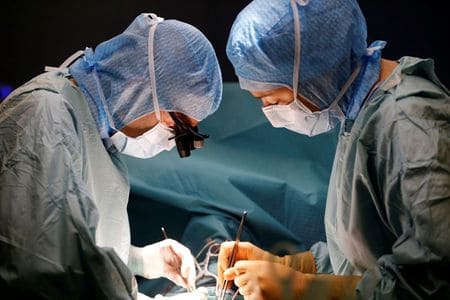 (Reuters Health) – A dispute over how to define a heart attack has prompted some European doctors to back away from the findings of a major study that concluded bypass surgery and stents are equally good at preventing heart disease deaths when a major heart artery is clogged.

Stents – tubes that reopen a narrowed artery – have become increasingly popular because patients recover faster than after surgery. But questions have lingered over whether stenting is as effective as bypass surgery over the long term when the left main coronary artery is blocked.

The study, known as EXCEL, followed nearly 1,900 volunteers for five years. As reported in The New England Journal of Medicine in September, the overall death rate was higher with stents (13.0%) than with surgery (9.9%). But when researchers looked only at deaths from heart disease, the procedures were equally safe. Rates of heart attack were also similar with stenting and surgery.

The new controversy, sparked by a report on the British TV program BBC Newsnight, stems from EXCEL results published in 2016, when patients had been followed for three years.

At the time, the EXCEL authors had similarly concluded the two procedures seemed equally effective. In 2018, using those findings and results from other studies, two major medical organizations changed their guidelines: the European Association for Cardio-Thoracic Surgery (EACTS) and the European Society of Cardiology (ESC).

But on December 9, BBC Newsnight said data leaked from EXCEL shows that if something called the “Universal Definition” is used to define a heart attack, stent recipients are 80% more likely to have one.

Instead of the universal definition, EXCEL researchers used a popular standard for defining a heart attack developed by the Society for Cardiovascular Angiography and Interventions.

The BBC’s reporting prompted EACTS secretary general Domenico Pagano to say, “some results in the EXCEL trial appear to have been concealed.” The association subsequently advised doctors to disregard the updated guidelines for such patients.

In contrast, the ESC stood by its new guidelines, emphasizing they were based on more than the EXCEL results.

Everyone involved in EXCEL, including surgeons who do cardiac bypass, felt the Universal Definition “was not suitable” for comparing the two techniques, according to the response from the EXCEL team. For example, it defines heart attacks differently in stent and bypass patients, making comparison of the procedures difficult.

Also, the Universal Definition employs a highly-sensitive blood test to look for damage to heart muscle, a test so sensitive it may detect minor damage inflicted simply by the procedure itself. Many doctors don’t even do the test on patients undergoing stenting or bypass surgery.

The higher death rate in the stent group was largely due to causes not heart-related, particularly cancer and infections that appeared several years after stenting or surgery, the EXCEL researchers said.

“There was absolutely no attempt to hide meaningful data,” the researchers said, and EACTS withdrew from the guidelines “without so much as even asking the EXCEL study group for clarification.”

The researchers also said that because data needed to assess heart attacks under the Universal Definition were not consistently collected from patients in the study, any data leaked to the BBC claiming to show heart attack rates under the Universal Definition “are not accurate. We asked the BBC to send us this data so we could verify it, but they refused.”