Of the 13,000 Americans diagnosed with laryngeal cancer in 2010, 3,660 were projected to die from the disease. Traditionally, early-stage disease has been treated using radiation therapy (RT) or surgical resection with comparably successful outcomes. While total laryngectomy was the treatment of choice for advanced disease prior to 1991, publication of the VA Laryngeal Cancer Study that year displayed the usefulness of chemoradiation as a treatment option. Chemoradiation allowed 62% of patients to preserve their larynx with no significant differences from surgery in overall survival. In a 2003 comparison of RT alone, chemotherapy followed by RT, and concurrent chemoradiation for advanced laryngeal cancer, the validity of chemoradiation as a treatment option for these patients was solidified.

In a study published in the October 2011 Archives of Otolaryngology- Head & Neck Surgery, my colleagues and I sought to compare 4-year survival trends of surgical and nonsurgical treatment for patients with laryngeal cancer. Using the National Cancer Database we analyzed, more than 131,000 patients who were diagnosed from 1985 to 2007. For those with early-stage cancer, 4-year survival rates were 79% for surgery and 71% for RT. In patients with advanced disease, survival rates were 51% for total laryngectomy, 48% for chemoradiation, and 38% for RT. These findings contrast those of clinical trials from the late 1990s, which demonstrated equivalent survival rates for the aforementioned treatment options. These survival differences are likely explained by the use of “real world” data, in which patient inclusion criteria aren’t nearly as strict. In addition, completion of therapy regimens is not observed.

For early-stage laryngeal cancer in our analysis, it appears that those who were African American, uninsured, on Medicaid, resided in lower socioeconomic areas, and had less than a high-school education were less likely to undergo surgery. Chemoradiation use was most common among patients with advanced disease, who resided in higher socioeconomic areas, had private insurance, and were younger.

“Referral patterns and access to care appear to play a large role in treatment decisions.”

Referral patterns and access to care appear to play a large role in treatment decisions. Unfortunately, data are missing on preferred treatment options, what treatment choices were offered, patient comorbidities and symptoms, and other factors that can impact how patients are counseled (see also, Examining Chronic Cancer Pain in Survivors ).

Future research should focus on how patients are chosen for chemoradiation or laryngectomy. These factors can impact treatment decisions and may impact why survival rates vary. Studies are also needed that carefully examine the variation in chemotherapy agents being used in chemoradiation, how often chemoradiation is delivered and at what doses, and the variability in patient adherence to finishing courses of chemoradiation. More focus should also be placed on centralization of patients with laryngeal cancer because treatment appears to be better prescribed and delivered at teaching, research hospitals (see also, Cancer in the Future: Looking Into the Crystal Ball).

Our data for advanced laryngeal cancer are particularly important because there are more cases of advanced disease diagnosed than there are cases of early disease. Choosing non-surgical treatment is not always the best option for these patients. There has been a strong push among the scientific community to avoid total laryngectomy because it can be devastating as patients lose their voice. At the same time, clinicians may be surrendering survival years by offering patients nonsurgical therapy. Discretion needs to be advised for deciding on chemoradiation or total laryngectomy for these patients. 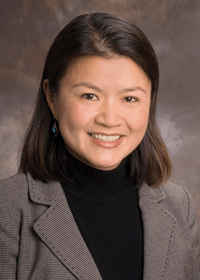 Amy Y. Chen, MD, MPH, has indicated to Physician’s Weekly that she has worked as a consultant for Mednet and received grant/research aid from the American Academy of Otolaryngology.

Analysis of 52 C and C steroids by UPC-MS/MS: Characterising the C11-oxy steroid metabolome in serum.