Little Difference between IV vs Endotracheal Epinephrine for Newborn Resuscitation 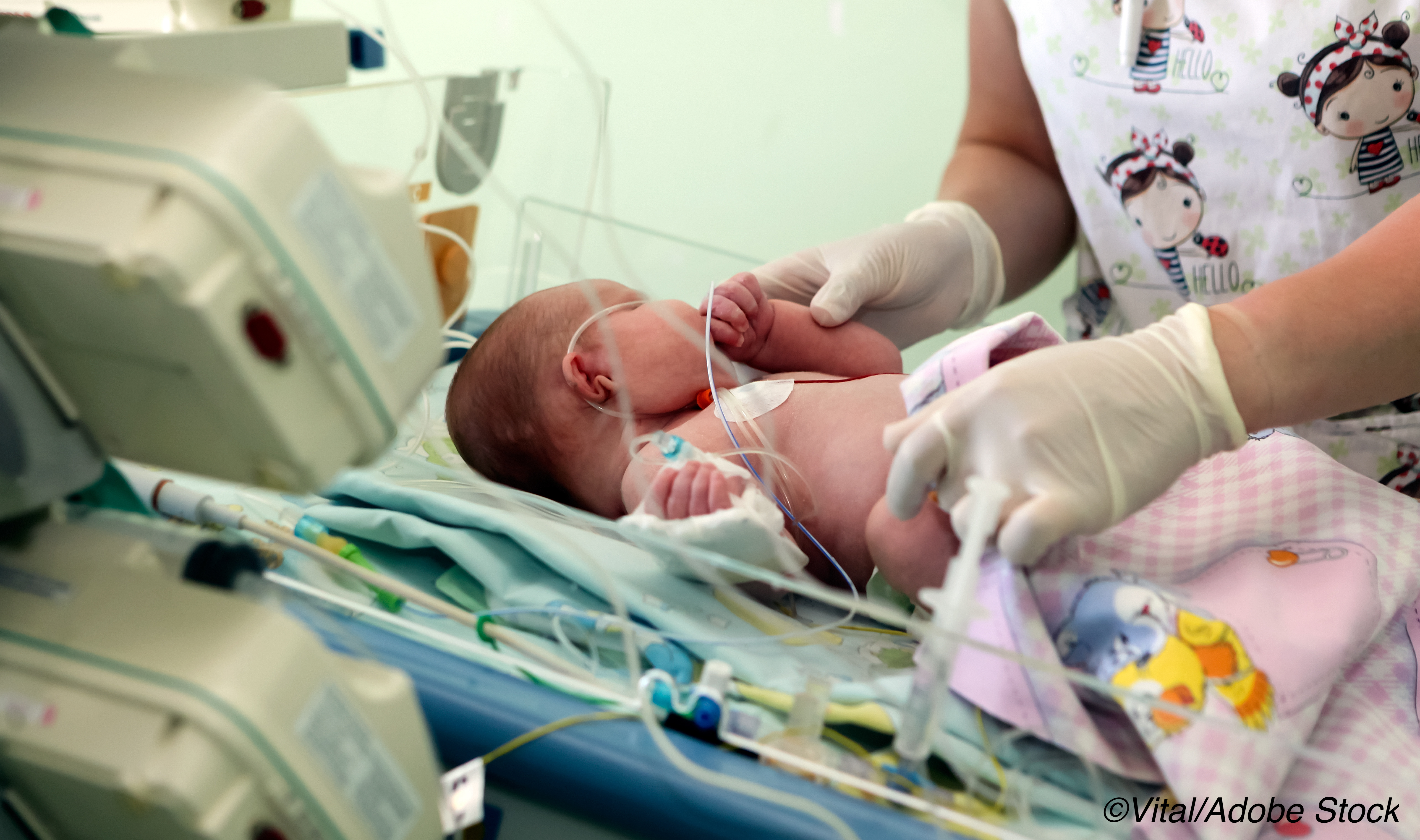 But researchers find too little data to update 2010 ILCOR recommendations

Compared with intravenous administration of epinephrine for neonatal resuscitation, endotracheal delivery of epinephrine may bring about very similar results, with comparable rates of death, failure to achieve return of spontaneous circulation (ROSC), time to ROSC and the need for additional epinephrine. The supporting evidence for this, however, was of “very low certainty,” concluded researchers of a recent systematic review published in Pediatrics, and is insufficient to change—or even support—the 2010 recommendations from the International Liaison Committee on Resuscitation (ILCOR).

“Epinephrine (adrenaline) is recommended as a key medication in neonates who have not responded to previous resuscitation measures, including lung ventilation and chest compressions; however, the evidence for its use is limited,” wrote ILCOR Newborn Life Support Task Force researchers, led by Tetsuya Isayama, MD, MSc, PhD, of the National Center for Child Health and Development, Tokyo, Japan.

Current ILCOR recommendations were developed based on indirect evidence in animal and pediatric studies, and call for IV administration of epinephrine at a dose of 0.01 to 0.03 mg/kg, with repeated doses given as needed every 3 to 5 minutes in infants in whom adequate assisted ventilation of the lungs and chest compressions do not increase the heart rate to >60 beats/minute. In cases where IV access is not feasible, administration of endotracheal epinephrine at a higher dose of 0.05–0.1 mg/kg is suggested.

Isayama and colleagues searched the literature for studies in infants and relevant animal studies comparing doses, routes, and intervals of administering epinephrine for neonatal resuscitation. They compared these with the currently recommended dose.

Unfortunately, they found only four eligible studies, of which only two allowed for comparisons between IV and endotracheal epinephrine administration. Results showed no difference between IV and endotracheal administration of epinephrine for the primary outcome of death at hospital discharge (RR: 1.03; 95% CI: 0.62-1.71) or failure to achieve ROSC, time to ROSC, or the number of patients who needed additional epinephrine.

Further, they found no differences in outcomes between two endotracheal doses, and no infant studies comparing IV doses or dosing intervals.

Several animal studies were also included in the review, but these provided mixed results. In some, epinephrine improved ROSC rates; in others, it did not. Isayama and colleagues did, however, find some data supporting the benefits of currently recommended doses of IV epinephrine (0.03 mg/kg every 3 minutes) in achieving shorter times to ROSC, with fewer doses needed compared with endotracheal administration (0.1 mg/kg).

Limitations of this study include the scarcity of randomized controlled trials, the inclusion of only newborn infants, and a lack of studies on alternative doses of IV epinephrine, nonstandard intervals of repeated epinephrine, and routes of administration other than IV and endotracheal.

In an accompanying editorial, Mark L. Hudak highlighted the scarcity of research on epinephrine administration for neonatal resuscitation.

“Notably, authors of this review documented a striking paucity of evidence that speaks to their question. The authors deemed only 4 of 593 retrieved studies eligible for analysis. All 4 were single-center retrospective cohort studies of delivery room events that in total included 117 infants treated with epinephrine,” he wrote.

Hudak questioned—and answered—how this paucity of evidence affects clinicians: “How should we as clinicians, who ’know from experience’ that epinephrine is effective, process this systematic review? I would suggest with large doses of honesty and humility!”

“We must also appreciate that better evidence of good quality is unlikely to emerge soon given that the rare (0.05% of all live births) and unexpected use of epinephrine in newborn infants frustrates the design and execution of controlled studies of sufficient power,” he concluded.

This study was funded by the American Heart Association on behalf of the International Liaison Committee on Resuscitation.

Isayama and Hudak reported no conflicts of interest.