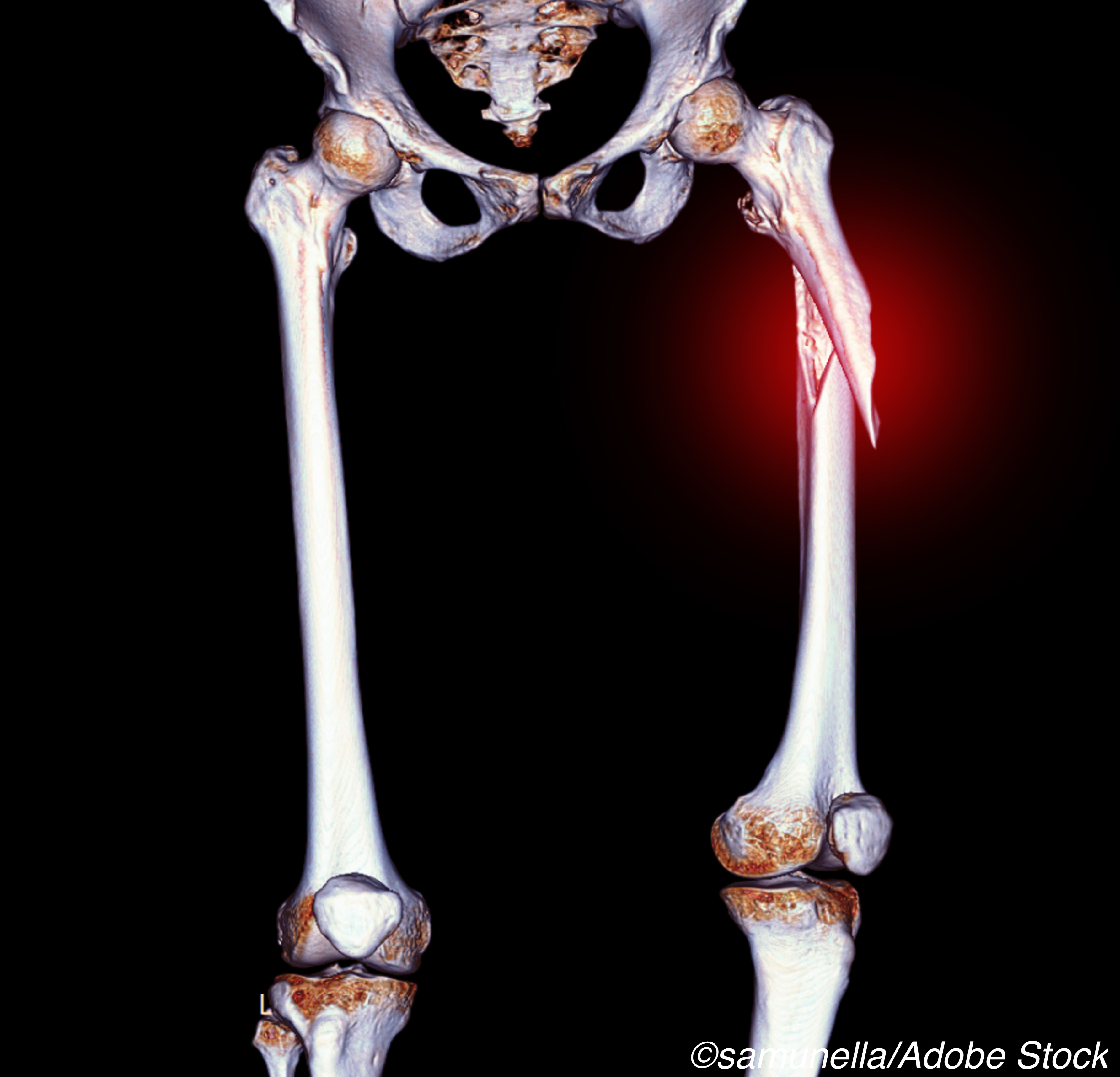 “After multivariable adjustment, the risk of atypical fracture increased with longer duration of bisphosphonate use: the hazard ratio as compared with less than 3 months increased from 8.86 (95% confidence interval [CI], 2.79 to 28.20) for 3 years to less than 5 years to 43.51 (95% CI, 13.70 to 138.15) for 8 years or more,” wrote Dennis M. Black, PhD, University of California, San Francisco and colleagues in The New England Journal of Medicine.

The researchers studied 10 years of health records from 196,129 women age 50 or older who were enrolled in Kaiser Permanente of Southern California. They collected data on bisphosphonate use as well as other risk factors.

The authors noted that the link between bisphosphonate use and atypical femur fractures is well recognized, but the “magnitude” of the association remained unknown as some studies have suggested a minimal risk while “others have indicated a clear association, particularly with prolonged use.

Of note, the oldest women in the cohort—those 85 or older— “who are at highest risk for hip and other fractures, were at lowest risk for atypical fracture,” they wrote. “These risk relationships can be used to individualize clinical decisions about bisphosphonate therapy on the basis of unique combinations of patient characteristics and could provide the basis of a risk calculator.”

A number of studies have “shown that the risk of atypical fracture is 5 to 6 times as high among Asian women as among women of other races or ethnic groups, after adjustment for age and bisphosphonate exposure but with limited adjustment for other risk factors. … Reasons for the observed increased risk are probably multifactorial and include increased lateral tensile forces on bowed Asian femora, greater medication adherence in this population, and genetic differences in drug metabolism and bone turnover. Several studies have suggested that the degree of femoral bowing could be related to the occurrence of atypical femur fractures and may account for the difference in fracture location observed between women in Singapore and those in Sweden.“

As in other studies, Black and colleagues found that discontinuation of bisphosphonates led to a rapid decline in the risk of atypical femur fracture. “Although this favors drug holidays, the effect of discontinuation on other osteoporotic fractures must also be considered. Two recent studies showed no more than a minimal increase in the risk of hip or other fractures after bisphosphonate discontinuation, which suggests that risk of atypical fracture considered together with risk of hip and other fractures could inform more effective therapy. “

Black and colleagues noted that a single bisphosphonate—alendronate—accounted for most of the use in this cohort, so it is unclear if the findings could be extended to other agents. Moreover, the sample was drawn only from Kaiser Permanente membership during the study period, thus “may have underestimated cumulative bisphosphonate exposure for those with shorter membership periods before cohort entry. Third, our risk–benefit comparison is based on numbers of fractures only. A more complete comparison would consider costs plus associated morbidity and mortality. … Fourth, there were only two atypical femur fractures in Blacks, which prevents inference in this population.”

Supported by operational funds from Kaiser Permanente and discretionary funds from the University of California, San Francisco (UCSF). In addition, the study began with a pilot grant from Merck Sharp & Dohme, which had no role in the conduct of the study and has neither seen nor reviewed the results. Additional support for the UCSF effort came from a pilot grant received from the UCSF Core Center for Musculoskeletal Biology and Medicine, National Institute of Arthritis and Musculoskeletal and Skin Diseases.

[Sudden exercise dyspnea in a young woman – an interdisciplinary case in the emergency room].

Urinary Incontinence in Climacteric Women With or Without Depressive Symptoms: A Cross-Sectional Study.

Hypermethylation of the miR-155 gene in the whole blood and decreased plasma level of miR-155 in rheumatoid arthritis.