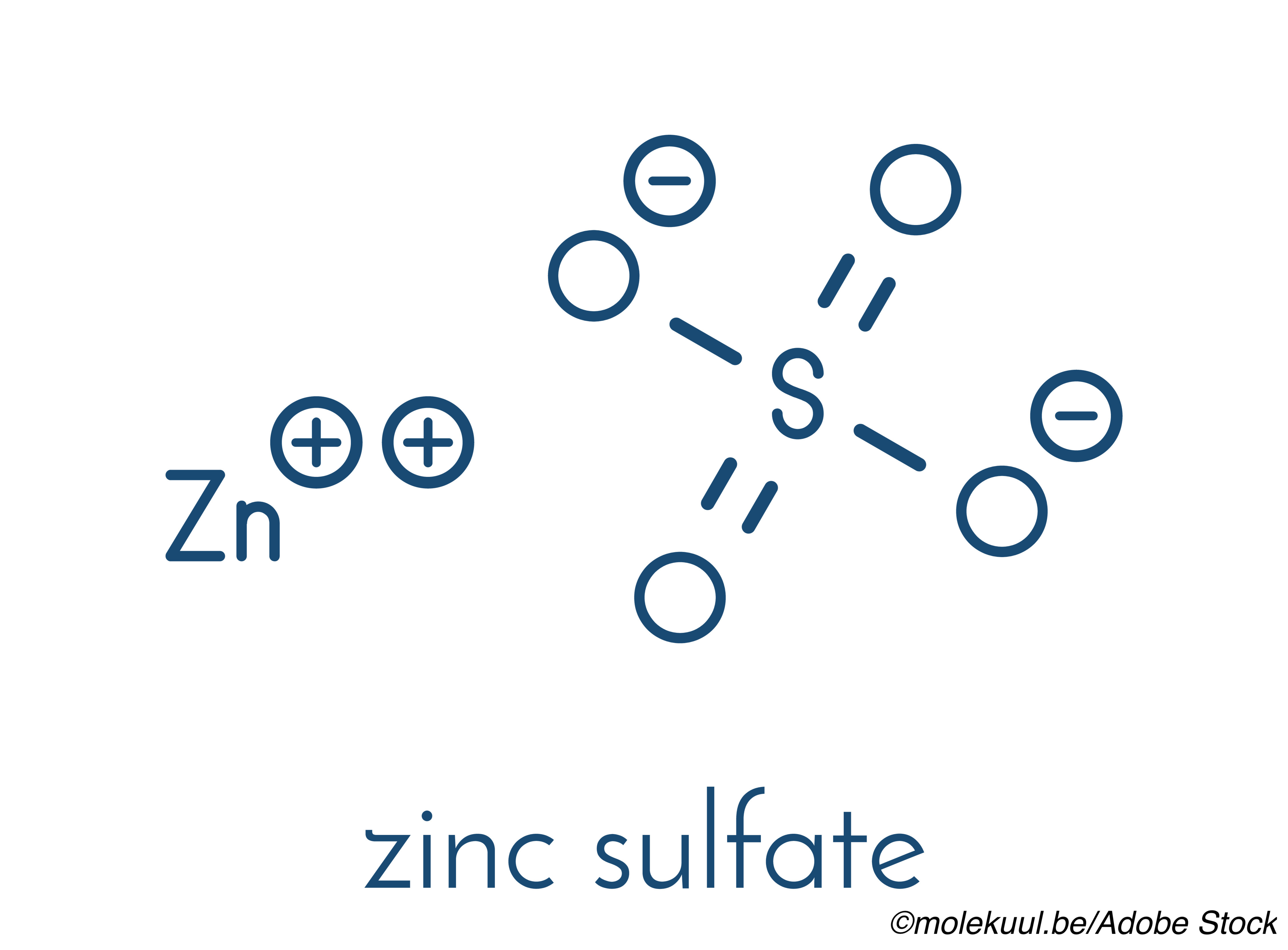 Low doses of zinc were just as effective at reducing acute diarrhea among kids as the standard 20 mg dose, with the added benefit of causing less vomiting, according to results from an analysis of children from India and Tanzania.

Diarrheal diseases remain a major modern-day health problem, with approximately 500,000 children dying from diarrhea in 2018 alone. The current standard of care for diarrhea, as dictated by the World Health Organization (WHO), includes oral rehydration solutions and supplemental zinc at a dose of 20 mg a day for 10 to 14 days, which can reduce the duration of diarrhea and cut the risk of subsequent illness—however, due to its strong metallic taste and a tendency to cause gastrointestinal irritation, oral zinc can cause vomiting, Usha Dhingra, MA, MCA, of the Center for Public Health Kinetics in New Delhi, India, and colleagues noted in The New England Journal of Medicine.

Dhingra and colleagues hypothesized that reduced doses of zinc—5 mg or 10 mg—would have a better side-effect profile than the 20 mg dose without sacrificing treatment efficacy.

“In this large, multicenter clinical trial, lower doses of zinc (5 mg or 10 mg daily for 14 days) were noninferior to the standard dose of zinc (20 mg) in terms of duration of diarrhea and mean number of stools in children with acute diarrhea,” Dhingra and colleagues reported. Moreover, “Both the 5-mg and the 10-mg doses were superior to the 20-mg dose with respect to vomiting.”

For their randomized, parallel-group, double-blind, controlled trial, Dhingra and colleagues recruited a cohort of 4,500 kids ages 6 months- almost 5 years in India and Tanzania who presented to outpatient health facilities with diarrhea (defined as three or more loose or watery stools in the past 24 hours) for less than 72 hours or dysentery (defined as diarrhea with visible blood) and who were likely to remain within the study area for at least two months following enrollment.

Children with severe acute malnutrition, severe dehydration not correctable within 4 to 6 hours, severe pneumonia, inability to breastfeed or drink, lethargy or unconsciousness, convulsions, inability to eat without vomiting, clinically suspected bacterial sepsis, rapid diagnostic test–confirmed malaria, or other severe illness were excluded from the trial. Of the 4,500 kids who were ultimately enrolled, 1,498 were assigned to the 20-mg zinc group, 1,498 were assigned to the 10-mg group, and 1,504 were assigned to the 5-mg group—zinc supplements were dissolved in 5 to 10 ml of water or breast milk and administered once a day for 14 days.

The study’s primary outcomes were a diarrhea duration of more than 5 days, the number of stools (assessed in a noninferiority analysis), and the occurrence of vomiting (assessed in a superiority analysis) within 30 minutes after zinc administration, the study authors explained. Baseline characteristics were generally balanced between the three groups—mean (±SD) ages of the children were 23.0±14.8 months in the 5-mg group, 22.7±14.6 months in the 10-mg group, and 23.2±15.3 months in the 20-mg group; the majority of children had no dehydration at presentation, and the mean number of loose or watery stools in the preceding 24 hours was 5.7 in all groups.

Dhingra and colleagues noted that, according to subgroup analyses of the primary outcomes, the lower doses of zinc seemed to have a more beneficial effect on vomiting among patients in India than among those in Tanzania. “In addition to differing with respect to their country of origin and possibly other, unmeasured factors, the cohorts of children from the two countries included in the trial differed with respect to age (Tanzanian children were younger), nutritional status (Indian children were less well nourished), and rotavirus vaccine coverage (high in Tanzania and very low in India),” they added. They pointed out that, while they did not collect data on the underlying causes of diarrhea among the trial cohort, it’s possible that Indian children were more likely to have rotavirus as the cause of their symptoms, due to the lack of a nationwide rotavirus immunization program.

“Stratified analyses also suggested the possibility that children with stunting, who may be at higher risk for adverse effects of diarrheal diseases, had greater benefit with respect to the risk of vomiting with the lower doses as compared with the 20-mg regimen,” they noted.

“Despite evidence supporting the efficacy of supplemental zinc in improving outcomes in patients with diarrhea, as well as strong recommendations from policymakers, programmatic uptake of this component of diarrhea management has been slow to achieve high levels of coverage,” Dhingra and colleagues wrote. “Evaluations of this limited coverage highlight the supply-side problems of insufficient financial and human capital and a weak global supply chain. A renewed public health push will be needed to solve these problems and maximize the benefits of this intervention. Our findings may contribute to these programmatic efforts.”

The study authors pointed out some limitations to their study, including the reliance on caregiver reports for outcomes and the modest rate of participation among children with severe diarrheal disease.

The study was supported by the Bill and Melinda Gates Foundation. The Impact of MNRI Therapy on the Levels of Neurotransmitters Associated with Inflammatory Processes.