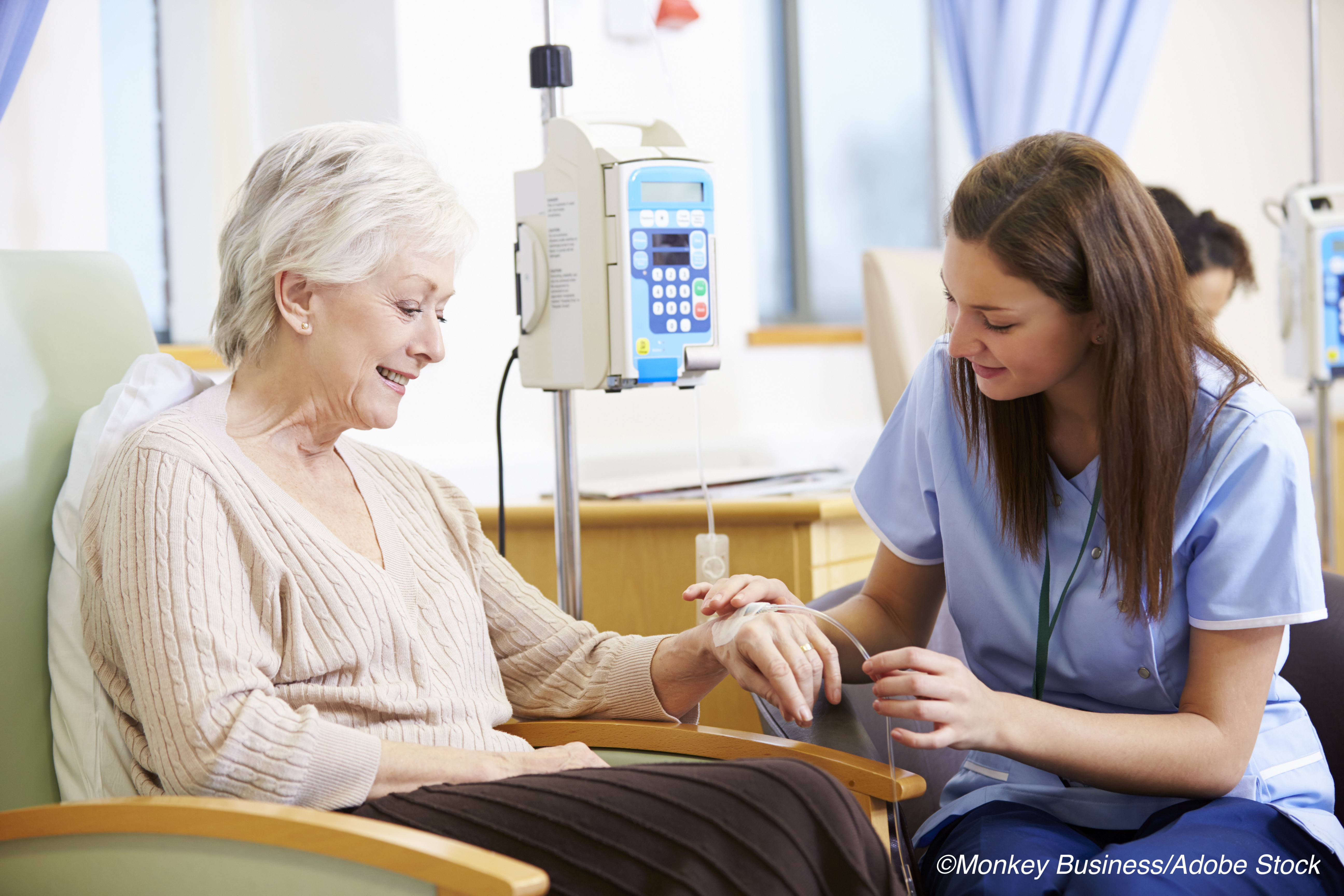 The phase III GO2 clinical trial demonstrated that “the goals of palliative chemotherapy in the older and/or frail population, including but not limited to cancer control, may be better achieved using treatment at doses well below those currently regarded as standard,” wrote Matthew T. Seymour, MD, of St James’s University Hospital at the University of Leeds in England, and co-authors.

Furthermore, the patients’ positive experience with lower-dose chemotherapy was captured with overall treatment utility (OTU), a measure that “combines efficacy, toxic effects, quality of life, and patient value/acceptability,” they wrote in JAMA Oncology.

Seymour’s group called OTU “an objective measure of a virtual conversation between physician and patient and reflecting their joint assessment of treatment value: ’With the benefit of hindsight, am I glad I recommended this treatment?’ and ’Am I glad that I accepted it?’ The GO2 trial also demonstrates that a baseline GA can contribute to the doctor-patient decision by estimating an individual’s probability of better or worse OTU.”

Co-author Peter S. Hall, PhD, of the University of Edinburgh in Scotland, offered some background on the GO2 trial at the 2019 American Society of Clinical Oncology (ASCO) meeting.

“Advanced gastroesophageal cancer is a disease of the elderly, with a median age of greater than 75 years at diagnosis,” he explained. “Many patients are frail or comorbid. International standard chemotherapy has, however, been developed in younger, fitter patients, typically with a median age less than 65.”

Indeed, a 2017 review by surgical oncologists from Harvard Medical School in Boston noted that “[c]urrently, there is no standard definition of elderly… the World Health Organization [has] used a chronological age of 65 years and older to define the elderly population; however, as the average life expectancy in many countries are reaching, and at times exceeding, 80 years of age, this definition is rapidly shifting. As a result, there are also no standard guidelines for the management and treatment of the elderly with gastric cancer.”

And a 2017 study out of Washington University in St. Louis found that some elderly GEC cancer patients were less likely to receive aggressive therapy. “Care should be taken to not unnecessarily deprive these individuals of treatment that may improve survival,” the authors cautioned.

Hall added that “In 2011, we audited practices in the U.K., using a survey of oncologists, and we found that the majority of oncologists were using reduced doses or modified regimes in elderly and frail patients with advanced gastroesophageal cancer. There was high variation in the choice of regime.”

That revelation led Seymour, Hall, and colleagues to conduct the 321GO trial, testing a two-drug versus three-drug chemotherapy, and they “identified the two drug regime, oxaliplatin and capecitabine as having the best balance of advantages and disadvantages in this population,” Hall noted.

The GO2 trial was performed at British oncology clinics with nurse-led geriatric health assessment. Patients were recruited because they were not suited for full-dose combination chemotherapy based on advanced age and/or frailty. Overall, patients in all treatment pathways were ages 76-79, and the majority were men who were deemed severely frail.

They pointed out that “Even the highest dose in GO2, Level A, was less-than-standard treatment, comprising just two drugs from the standard EOCap [epirubicin/oxaliplatin/capecitabine] triplet.”

Seymour’s group reported that 514 patients entered CHEMO-INTENSITY, and non-inferior progression-free survival (PFS) was seen for Levels B versus A (hazard ratio 1.09, 95% CI 0.89 to 1.32), and Levels C versus A (HR 1.10, 95% CI 0.90 to 1.33). Level C produced less toxic effects and better OTU than A or B. No subgroup benefited from higher doses, while Level C produced better OTU even in younger or less frail patients, they wrote.

They noted that in “multivariate analysis in 522 patients with all variables available, baseline frailty, quality of life, and neutrophil to lymphocyte ratio were independently associated with OTU, and can be combined in a model to estimate the probability of different outcomes.”

The authors also reported that the rate of toxic effects fell significantly with reducing dose levels, which made treatment delivery more reliable. “One mechanism for retaining cancer control despite lower doses is avoidance of toxicity-induced treatment reductions and stoppages,” they stated. “Toxic effects… [represent] a negative experience for patients and detracts from both quality of life and cancer control… Only 32% patients starting Level A were able to receive 3 cycles without reduction or stoppage, compared with 58% with Level C,” they explained.

A study limitation was that patients underwent observational geriatric assessment so future research should use formal Comprehensive Geriatric Assessment algorithms, according to the authors.

The GO2 results join other promising studies in the GEC cancer space, such as the phase II FIGHT trial of bemarituzumab, which is an FGFR2b targeting antibody, in combination with modified FOLFOX6 (in the first-line treatment of patients with advanced gastric or GEC adenocarcinoma.

FIGHT findings were presented at the 2021 virtual ASCO GI Symposium and Shahid Ahmed, PhD, MD, of the Saskatoon Cancer Center in Saskatoon, Canada, explained to VJOncology that the study, “showed that…patients had a significant improvement of PFS at 9 months versus 7 months [with FOFOX6 alone]. When [the researchers] looked at the degree of overexpression of FGFR2b, there was a strong dose-dependent response rate…those patients who had more than 10% overexpression of FGFR2b had a PFS of almost 14 months versus 7 months, so that’s very promising.”

The trial was supported by the National Institute for Health Research (NIHR) Clinical Research Network and Cancer Research UK.