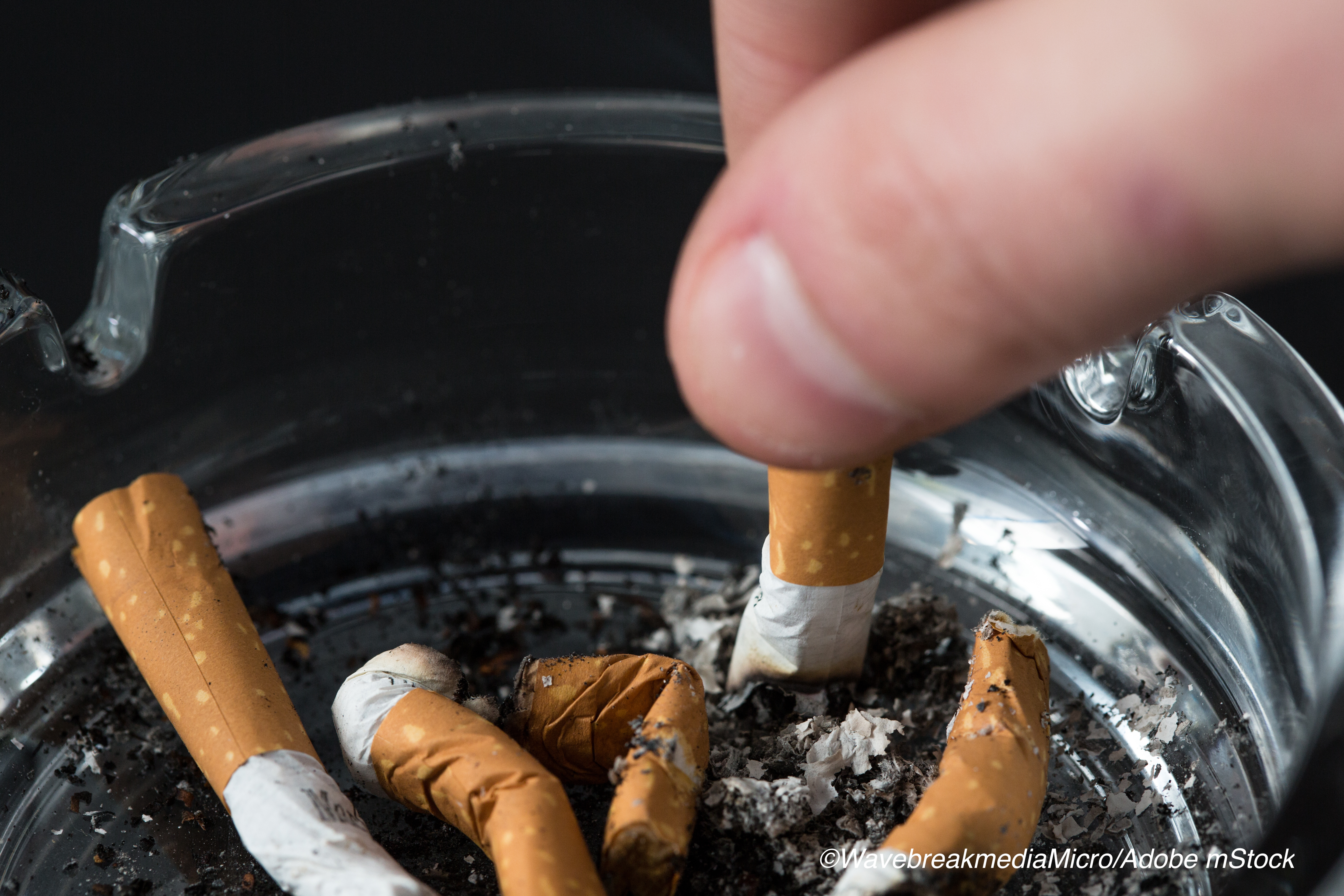 In a prospective study of 517 current smokers with non-small cell lung cancer (NSCLC) at a clinic in Russia, the adjusted median OS time was 21.6 months (1.8 years) higher among patients who had quit smoking versus those who continued smoking at 6.6 versus 4.8 years (P=0.001), according to Paul Brennan, PhD, of the International Agency for Research on Cancer in Lyon Cedex, France, and co-authors.

In addition, 5-year PFS came in at 54.4% versus 43.8%, respectively (P=0.004), among patients who quit versus those who continued to smoke, they wrote in the Annals of Internal Medicine.

And, after adjustments for year of diagnosis, age, continuous pack-years, and more, smoking cessation was still linked with decreased risk for all-cause mortality, cancer-speciﬁc mortality, and disease progression, the authors noted, adding that “We observed the protective effects of quitting smoking across all subgroups, including mild to moderate and heavy smokers, patients with earlier and later tumor stages, and patients who received and those who did not receive chemotherapy or radiation therapy.”

Possible reasons for this protective effect could be tumor growth through carcinogenic compounds, cellular damage, genetic mutations, immunosuppression, and resistance to standard treatments, they wrote.

They cautioned that study limitation included its observational nature, the reliance on self-report, and the fact that “smoking cessation might still be associated with unmeasured confounders of improved lung cancer outcomes.”

Still, the current findings answer the call of a 2020 U.S. Surgeon General report that more data were needed to bolster prospective, observational studies showing “an association between smoking cessation and increased overall survival across a range of cancer diagnoses and treatments, especially among patients with lung cancer,” noted Nancy A. Rigotti, MD, of the Tobacco Research and Treatment Center at Massachusetts General Hospital in Boston, in an editorial accompanying the study.

“The results of this new study strengthen the case for making tobacco cessation treatment a standard component of routine health care for all patients with cancer,” Rigotti wrote, and it’s a concept that is supported by “[m]ultiple stakeholders in the oncologic community,” such as the American Society of Clinical Oncology and the International Association for the Study of Lung Cancer.

However, Rigotti reiterated that patients’ self-reports of “tobacco abstinence were not biochemically confirmed,” and lung cancer patients may be reluctant to talk about smoking habits post-diagnosis or treatment, Rigotti pointed out. Even without a lung cancer diagnosis, smokers may not want to give up the tobacco use: A post-hoc analysis of the National Lung Screening Trial found that some people interpret a negative low-dose CT lung cancer screening test result as a green light to keep lighting up.

While “only 3.6% of participants [in the current study] who initially reported stopping smoking after the lung cancer diagnosis subsequently reported a relapse to smoking… this is a moot point for the study conclusions. Misclassifying a relapsed smoker as a nonsmoker should bias the findings toward the null and underestimate the true association of quitting with survival outcomes,” Rigotti explained.

She warned that major smoking cessation programs, such as those launched by the National Cancer Institute (NCI) and the Cancer Moonshot initiative, are coming to the end of their initial rounds of funding. While these “programs are working…to sustain viability, the latter remains a struggle. The CDC posts funding opportunities for research on tobacco control at the end of the calendar year.

“It is not too late for cigarette smokers with cancer and cancer survivors to benefit from becoming smoke-free,” Rigotti stressed. “We need to make this happen!”

The study patients (mean age 61.3; 88.5% male; median cumulative cigarettes smoked of 46.9 pack-years) had IA-IIIA NSCLC, with nearly 89% undergoing surgery, while less than a fourth had chemotherapy, and about 22% had radiotherapy.

They reported that during an average of 7 years of follow-up, there were 63.8% deaths, 53.2% cancer-speciﬁc deaths, and 33.7% cases of tumor progression (local recurrence or metastasis).

They also found that the 5-year OS was 60.6% among those who quit versus 48.6% for those who continued to light up (P=0.001). After adjustments, smoking cessation was associated with:

“Similar effects were observed among mild to moderate and heavy smokers and patients with earlier and later cancer stages,” the authors added.

Brennan’s group warned that at nearly “60% of [the study] cohort of patients did not quit smoking” and that at “the time of lung cancer diagnosis, patients may feel fatalistic and not recognize the beneﬁcial effects of quitting smoking postdiagnosis.” Other researchers have detailed the problem of stigma in lung cancer, particularly among smokers.

The study was supported by the International Agency for Research.

Brennan and co-authors reported no relationships relevant to the contents of this paper to disclose.