1-in-10 patients in study from Italy experienced persistent symptoms 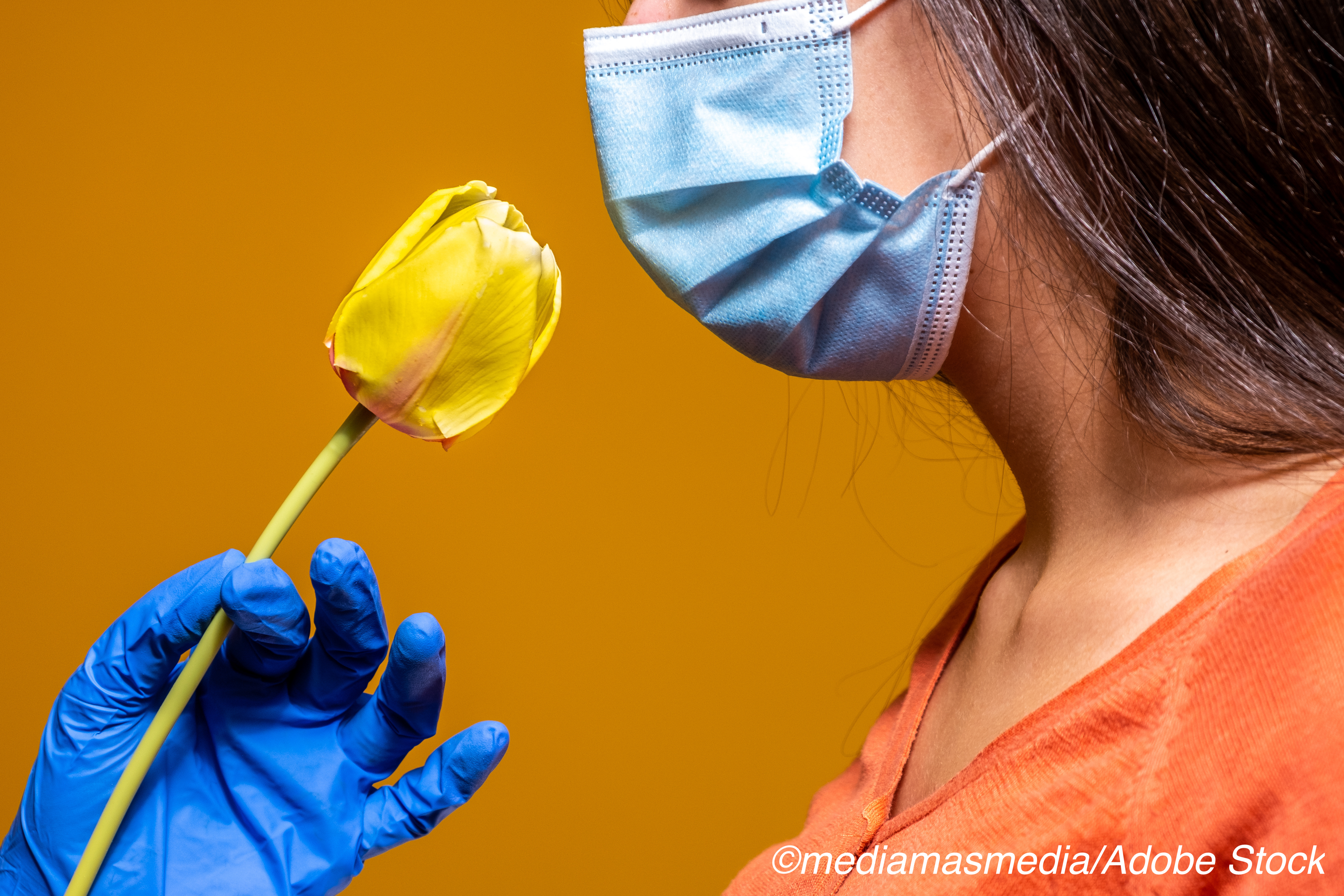 Among an early cohort of Covid-19 patients from Italy with mild disease who experienced illness-related smell or taste loss, 9-in-10 had complete or partial resolution of these dysfunctions within 4 weeks of symptom onset, researchers report.

Earlier findings from the study of 202 patients treated at home for mildly symptomatic Covid-19 confirmed that close to 2 out of 3 (64%) reported altered smell or taste as a symptom of the disease.

Among these patients, just under half (48.7%) reported complete resolution of smell or taste impairment 4 weeks after symptom onset and 2 out of 5 (40.7%) reported improved severity of the symptoms.

One-in-10 patients with diminished or otherwise altered sense of smell or taste reported that the symptom was persistent or worse at 4 weeks.

“The loss of smell or taste is among the most common and persistent symptoms of Covid-19 in patients with mildly symptomatic disease,” wrote researcher Paolo Boscolo-Rizzo, MD, of the University of Padova, Treviso, Italy, and colleagues.

“However, at 4 weeks from the onset, most patients reported a complete resolution or improvement of these symptoms. Ongoing disturbance in smell and taste was not predictive of persistent SARS-CoV-2 infection,” they added.

While the findings suggest symptom of altered smell and taste resolves quickly in the vast majority of cases, the persistence of these symptoms in around 10% of patients is troubling, otolaryngology specialist Joshua M. Levy, of Emory University School of Medicine, Atlanta, told BreakingMED.

As of July 2, 2.74 million cases of Covid-19 had been confirmed in the United States, suggesting that around 150,000 people may have experienced persistent symptoms of smell and taste dysfunction based on the cohort study from Italy.

“Even though we expect 90% of patients to get better, that still leaves a large number of patients who will still have symptoms,” he said.

In commentary published with the study, Levy noted that there is little doubt more patients will seek treatment for altered smell and taste in the coming months.

“There are frustratingly few interventions for the treatment of post-infectious smell and taste dysfunction,” he wrote. “Although several medical interventions, such as oral/topical corticosteroids, phosphodiesterase inhibitors, and intranasal calcium buffers are the subject of ongoing study, there remains scant high-quality evidence to justify their routine use in clinical practice.”

Levy noted that two treatments — topical steroid sprays and rinses and olfactory training — have been shown to have efficacy in treating smell and taste dysfunction associated with chronic rhinosinusitis.

“Although additional study is needed to identify treatment outcomes among patients with Covid-19 with post-infectious loss of smell and taste, it is reasonable to build on prior treatment guidelines and recommend topical corticosteroids and olfactory training for these patients,” he wrote.

In a separate study published online July 1 ahead of print in the journal Neuron, researcher Keiland Cooper, of the University of California, Irvine, and colleagues, explored possible mechanisms associated with smell and taste disturbance in Covid-19.

They wrote that the high incidence of smell loss without significant rhinorrhea or nasal congestion in Covid-19 “suggests that SARS-CoV-2 targets the chemical senses through mechanisms distinct from those used by endemic coronaviruses or other common cold-causing agents.”

“Research into possible mechanisms underlying changes in chemical perceptions due to Covid-19 has only just begun, and much remains to be learned about the pathophysiology of SARS-CoV-2,” they wrote.

“That said, current evidence favors a model in which SARS-CoV-2 cell entry genes in the olfactory, gustatory, and chemesthetic systems are not expressed in primary or secondary neurons, but rather are expressed in epithelial support and stem cells responsible for maintaining perception. This model suggest that neural function is altered indirectly due to sequelae of SARS-CoV-2 infection of peripheral support cells, including (but not limited to) local inflammation and changes in olfactory sensory neuron gene expression and ciliary structure.

Cooper and colleagues noted that it is also possible, “although less likely given current evidence,” that SARS-CoV-2 directly infects olfactory sensory neurons or bulb neurons.

The researchers for both studies reported no funding source nor relevant conflicts of interest related to this research. The Importance of HIV/STD Prevention Counseling