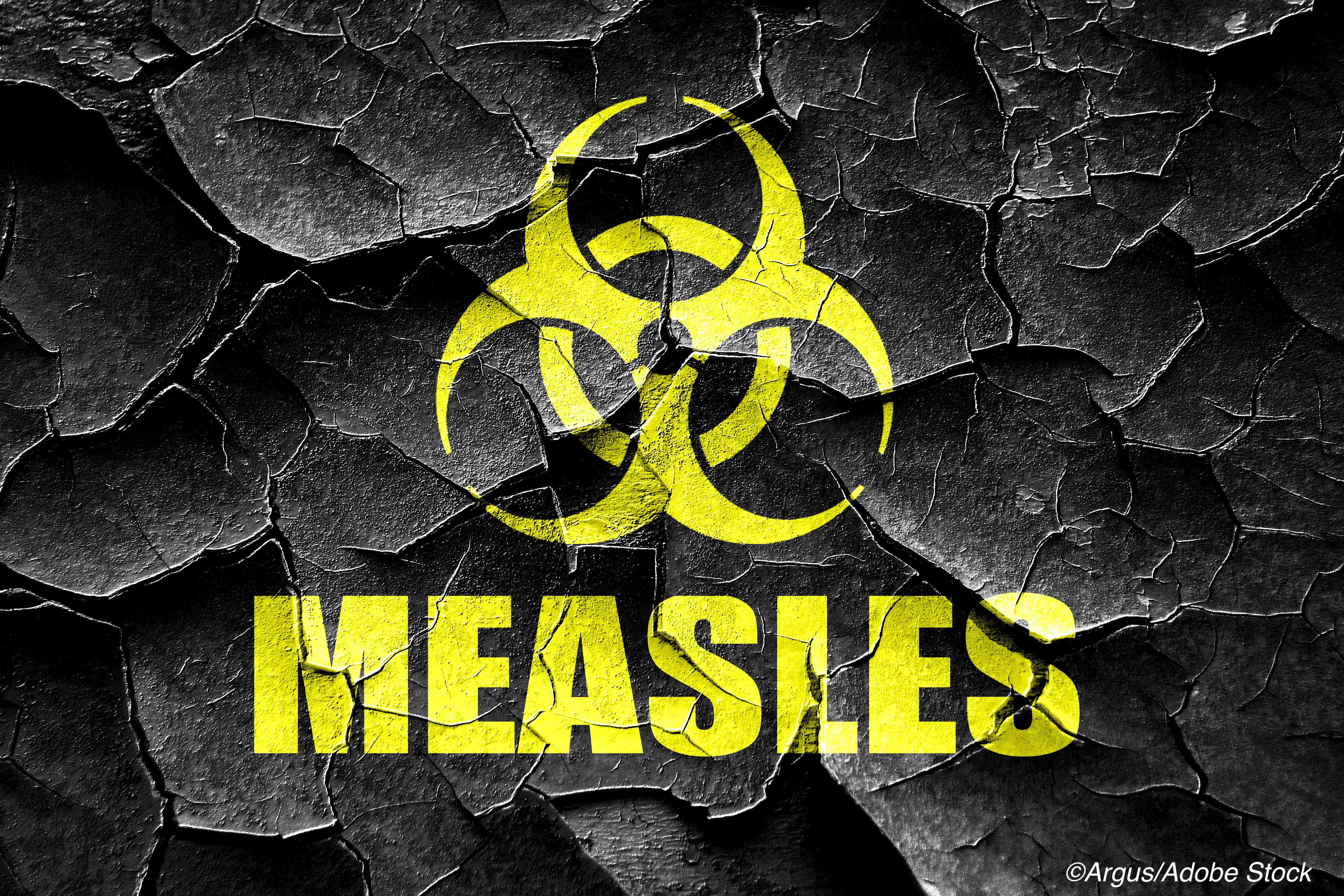 When it comes to outbreaks of vaccine-preventable diseases, the community shares not only the public health risk, but the economic burden as well, according to an analysis of societal costs during the 2019 measles outbreak in Clark County, Washington.

However, Jamison Pike, MS, PhD, of the CDC’s National Center for Immunization and Respiratory Diseases, and colleagues noted that such studies typically do not “include direct medical costs associated with healthcare for a patient diagnosed with measles or productivity losses for those who were diagnosed with measles or under quarantine and, as such, do not capture the total societal costs incurred during measles outbreaks.”

Pike and colleagues set out to estimate the economic burden of the 2019 Clark County measles outbreak in terms of public expenditures, private expenditures incurred as direct medical costs, and productivity losses. Their analysis was published in Pediatrics.

They found that, in addition to costs that directly impacted public health agencies, the Clark County measles outbreak led to substantial productivity losses among ill individuals, unvaccinated persons who were quarantined, and caregivers of ill and quarantined children, as well as increased costs associated with health care encounters and medical treatments.

“The Clark County outbreak lasted ~4 months and cost >$3 million from the societal perspective,” they wrote. “This corresponds to a cost per case and per contact (a contact of an identified case) of >$47,000 and >$800, respectively… Our results add to the literature on the costs of measles outbreaks and emphasize the considerable resources needed to stop [measles virus] transmission,” they wrote.

In a commentary accompanying the study, Jessica R. Cataldi, MD, MSCS, noted that the study by Pike et al goes a long way towards reinforcing the ongoing need to invest in public health care in the U.S., as well as the costs of local undervaccination.

“This study illustrates the substantial cost of one measles outbreak and the range of people who bear that cost,” she wrote. “The broad distribution of the economic burden of an outbreak is a reminder that health is a community resource and liability. Pike et al remind us that, just as health risks of vaccine-preventable diseases are shared, so too are the economic risks associated with disease spread. We often discuss the shared benefits of herd immunity as a way to protect the health of others, and perhaps we do not emphasize enough the associated shared economic benefits of disease prevention.”

The 2019 Clark County measles outbreak consisted of 71 confirmed cases (52 [73%] <10 years; 61 [86%] unvaccinated); a further 4,011 contacts were identified and informed of exposures, of whom 839 (20.8%) were considered potentially susceptible to measles (i.e., they lacked presumptive evidence of measles immunity) and were quarantined.

In order to estimate overall costs related to this outbreak, Pike and colleagues evaluated costs across three areas:

Direct medical costs for infection management were assessed using previously reported measles-related outpatient visit and measles-related-hospitalization cost estimates from the CDC. Productivity losses were estimated using previously reported estimates of time spent at home due to measles illness (mean 9.6 days) from a U.K. study, as well as the CCPH-recommended quarantine period for exposed individuals (21 days); productivity loss for kids ages <15 years were assumed to be 0, while productivity loss for patients ≥15 years were evaluated using annual productivity estimates by age and sex from Grosse et al (Pike was a co-author for the analysis). For patients ages ≤9 years (n=173), the study authors assumed a caregiver would be needed and that productivity losses would be incurred for the caregiver.

Labor costs accounted for the majority of public health costs associated with the outbreak (~$1.9 million); direct medical costs were divided between outpatient visits for 70 individuals ($23,000) and hospitalization for two patients ($53,000); and the majority of costs due to loss of productivity ($935,000) were incurred by 548 individuals who were quarantined due to measles exposure.

“Our results highlight the need to invest in the capacity of local and state health departments as well as federal institutions to prepare for and respond to measles outbreaks and outbreaks of other vaccine-preventable diseases,” Pike and colleagues wrote. “This may be particularly important in jurisdictions with known pockets of undervaccination. A lack of or limited public health containment efforts could translate to exponentially higher direct medical costs and productivity losses. Of utmost importance is the need to identify the potentially numerous and dispersed pockets of undervaccination across the United States. Identifying and closing these gaps in immunity would reduce the size and duration of outbreaks,” concluded Pike and colleagues.

In her commentary, while Cataldi agreed that the study by Pike et al demonstrates substantial costs incurred during measles outbreaks, she pointed out that, due to study limitations, the analysis likely underestimates the issue.

“This cost assessment was limited to cases in Washington and did not include linked cases that occurred elsewhere,” she noted. “Public health response included volunteer time that may not have been accurately reported or accurately translated to representative wages for paid work. In addition to presenting an accounting challenge for this study, reliance on volunteer time for critical public health work illustrates a shortcoming of public health funding. The authors also note medical cost estimates did not include some direct patient costs, such as over-the-counter medications and travel to seek care.”

Cataldi added that similar cost assessment studies should be set in motion to make the case for investing “to bolster vaccine confidence and uptake through research, educational campaigns, and policy efforts.”

Cataldi had no relevant relationships to disclose.