CMS, which runs Medicare – the federal government’s health plan for Americans 65 and older – said it will cover the U.S. Food and Drug Administration-approved therapies when provided in healthcare facilities that have programs in place to track patient outcomes.

The nationwide decision clears up “a lot of confusion” about coverage and will help patients get access to the novel therapies, known as CAR-T, CMS Administrator Seema Verma said during a conference call with reporters on Wednesday.

The decision follows the agency’s finalization last week of a proposal to raise its maximum CAR-T payment to 65% of estimated costs from 50%. Some hospitals will also be eligible for supplemental payments in certain cases.

Both Gilead’s Yescarta and Novartis’ Kymriah were approved in 2017 for certain kinds of lymphoma and leukemia. But government and private health plans have balked at their high price of at least $373,000 for a one-time treatment before hospital costs, which can bring the bill for a single patient to over a million dollars.

More than half of lymphoma patients eligible for CAR-T therapy are estimated to be covered by Medicare.

The agency said it will also cover the CAR-Ts for uses not approved in their labels, as long as they are recommended by CMS-approved medical guidelines.

The novel treatments remove a type of immune system cells from each individual patient and re-engineer them to better fight certain blood cancers, keeping nearly 40% of patients alive for more than two years, according to some studies.

(Reporting by Deena Beasley in Los Angeles and Ankur Banerjee in Bengaluru; Editing by Bill Berkrot) 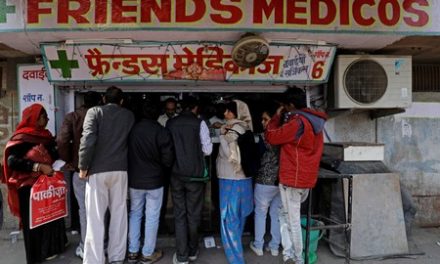