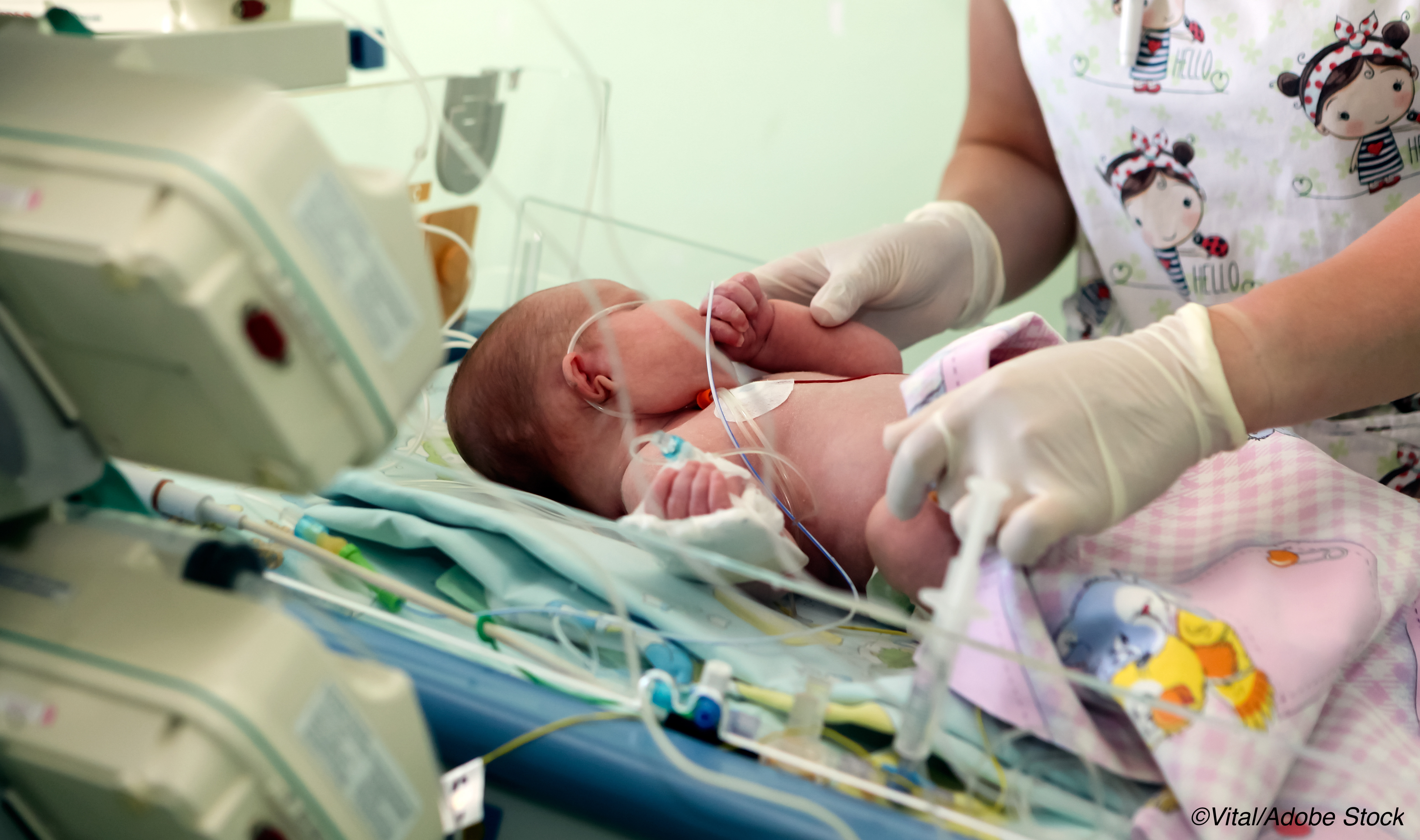 A medium cumulative dose of systemic dexamethasone (MoMdDX) at 8-14 days postnatal may be the optimum strategy for preventing chronic lung disease or death in preterm neonates, researchers reported.

According to a systematic review and network meta-analysis, moderately early initiation of systemic dexamethasone with a medium cumulative dose of 2-4 mg/kg appeared to be the most successful intervention in preventing bronchopulmonary dysplasia (BPD) or mortality at a postmenstrual age (PMA) of 36 weeks, according to Charles C. Roehr, MD, PhD, of John Radcliffe Hospital in Oxford, England, and co-authors.

Additionally, they pointed out that the risk of bias and imprecision were the reasons for downgrading the quality of evidence for MoMdDX versus placebo.

In an editorial accompanying the study, Nehal A. Parikh, DO, MS, of Cincinnati Children’s Hospital Medical Center, explained that enthusiasm for postnatal corticosteroid (PNC) use for BPD reached its peak in the early 1990s, but it lost its clout by 2017 thanks, in part, to a negative Cochrane review.

She praised the current authors for going beyond a previous network meta-analysis of PNC by adding information about multiple adverse events, looking at randomized controlled trials (RCTs) of intratracheal budesonide and late-initiated hydrocortisone, and subdividing dexamethasone evaluated in RCTs into different cumulative doses.

Roehr and co-authors analyzed 14 PNC regimens to prevent BPD among RCTs of preterm neonates with a gestational age of ≤32 weeks for whom a corticosteroid regimen was initiated within 4 weeks of postnatal age. To find studies for their analysis, the stusy authors searched PubMed, Cochrane Central Register of Controlled Trials, Embase, the World Health Organization’s International Clinical Trials Registry Platform, and CINAHL from inception through Aug, 25, 2020.

“The sensitivity analysis that evaluated the duration of dexamethasone course indicated that a moderately early initiated, medium dose, and short course (<8 days) of systemic dexamethasone might be the best intervention,” the authors noted.

They reported that the surface under the cumulative ranking curve (SUCRA) values ranked MoMdDX (0.91), moderately early-initiated, high cumulative dose of systemic dexamethasone at >4 mg/kg (0.86); and late-initiated (15-27 days), high cumulative dose of systemic dexamethasone (0.76) as the three most beneficial interventions. On the other hand, late-initiated systemic hydrocortisone at ≥8 days (0.17) was the least beneficial intervention, the authors stated.

While an analysis of long-term outcomes indicated that none of the 14 interventions were linked with an increased risk of neurodevelopmental impairment (NDI) versus placebo, “The promising findings of moderately early- or late initiated, high-dose dexamethasone regimens identified in the few small to medium-size trials will require more NDI outcome data to enable a change in clinical practice,” Parikh warned.

Study limitations included the use of open-label dexamethasone by most of the RCTs included, and the fact that the authors could not conduct a meta-regression analysis assessing neonates according to their baseline risk of BPD.

Roehr’s group and Parikh agreed that, given the multiplicity of PNC regimens analyzed and the low confidence in evidence, adequately powered multicentric RCTs are necessary to establish successful outcome and safety data for specific regimens.

“Such evidence may just be the friction needed to bring the swinging pendulum of PNC use to a halt and improve the long-term pulmonary and neurodevelopmental health of extremely preterm children,” Parikh said.

Roehr and co-authors, as well as Parikh, reported no relationships relevant to the contents of this paper to disclose.