NEW YORK (Reuters) – Merck & Co said on Wednesday it has increased production of the measles vaccine to meet an uptick in demand in the United States in the midst of the country’s biggest outbreak in 25 years.

Merck, the sole U.S. supplier of measles vaccines, said the increased demand was noticeable, but did not amount to a surge, and has not required a significant increase in distribution across the country.

“Despite what we’ve seen as a huge uptick in the number of cases … the demand side of the equation hasn’t been outstripping our underlying capacity,” Merck Chief Marketing Officer Mike Nally, who also runs the firms Global Human Health business, said in an interview.

The U.S. Centers for Disease Control and Prevention (CDC) reported 704 cases of measles as of April 26, a 1.3 percent increase since the 695 reported last week. The vast majority of cases have occurred in children who have not received the measles-mumps-rubella (MMR) vaccine, and public health officials are working to ensure immunization.

The measles virus is highly contagious and can cause blindness, deafness, brain damage or death. It is currently spreading in outbreaks in many parts of the world.

U.S. officials deemed the disease eliminated in 2000, yet outbreaks still happen as infected travelers expose vulnerable populations to the virus, particularly in communities with many vaccine skeptics.

Adults in the United States who were vaccinated against measles decades ago may also need a new dose of the vaccine depending on when they received the shot and whether they live in an outbreak zone or plan to travel to one, according to public health experts battling the outbreak.

Merck said on Tuesday that U.S. sales of MMR and chickenpox vaccines rose around 10 percent to $343 million in the first quarter.

Nally said much of the increase came from sales to private clinics, which pay more than the government for the vaccines, rather than an increase in volume.

He said there are pockets of demand for the vaccine around areas where there have been cases of measles. The current outbreak has been concentrated in New York City, where officials said more than 390 cases have been recorded since October, mostly among children in Orthodox Jewish communities in Brooklyn.

But Merck has not see a significant uptick of purchases from the CDC, which is a large supplier of the pediatric population through its Vaccines for Children program.

Merck’s Nally said the company believes it will be able to meet that new demand.

“As measles outbreaks have occurred in different parts of the world over the last few decades, we’ve always been able to surge capacity, and we feel confident about our ability to do so in the U.S,” he said. 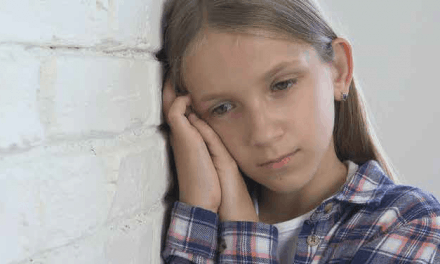